Hypersonics, the study of vehicles that can travel faster than Mach 5, is the next uncharted frontier of aerospace. Thanks to a grant from the US Navy, a new Purdue Engineering collaboration is developing propulsion technologies that bring that vision closer to reality. 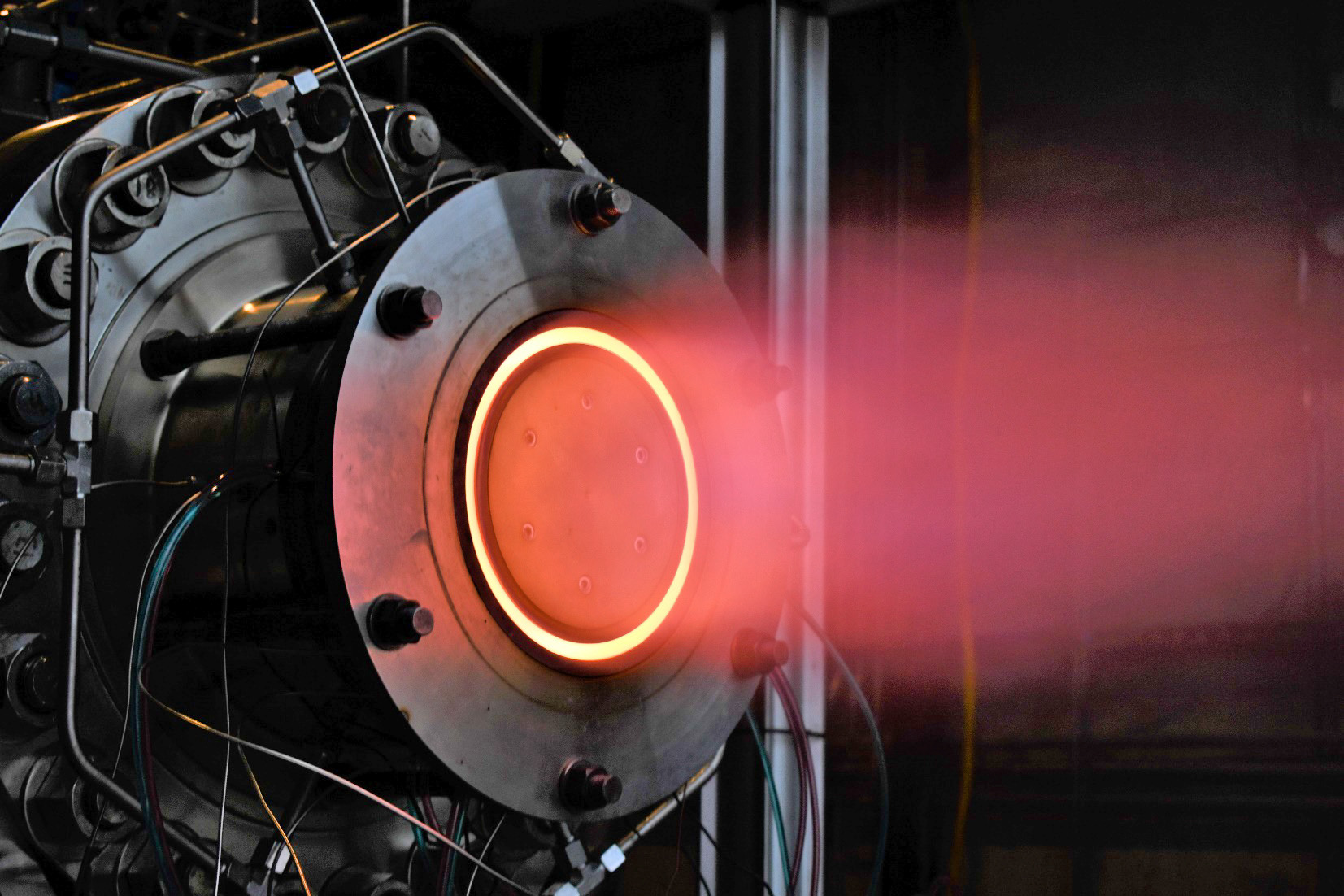 In Carson Slabaugh's test facility at Zucrow Labs, he experiments with rotating detonation engines, one of the most promising technologies for efficient high-pressure combustion, especially at supersonic and hypersonic speeds.

HySonic Technologies LLC, a company founded by associate professor of mechanical engineering Carlo Scalo, has received a $140,000 grant from the Office of Naval Research’s Small Business Technology Transfer program. They have joined forces with assistant professor of aeronautics and astronautics Carson Slabaugh to focus on modeling and experimentation of new propulsion systems specifically designed for future hypersonic vehicles.

“Our company has been collaborating with the US Navy and other partners on aerodynamic aspects of hypersonic vehicles since 2019,” said Scalo. “While my own academic work is mostly in computational modeling, HySonic continues to grow its experimental capabilities, even more so now with this new focus on propulsion. We were eager to partner with Carson, a wonderful friend and colleague and, most importantly, one of the top propulsion experts, who has conducted these experiments in the real world... and he happens to be right here at Purdue!”

Slabaugh specializes in high-pressure combustion and propulsion, including liquid-fueled rockets, ramjets, and gas turbines. His current research focuses on the rotating detonation engine, an emerging combustion technology that promises more efficiency and power, especially at supersonic and hypersonic speeds. He conducts his experiments at Zucrow Labs, the largest academic propulsion lab in the world.

“This is an exciting time for propulsion technologies,” said Slabaugh. “We have built and tested several rotating detonation engines here at Zucrow Labs. I’m excited to work with Carlo and the US Navy on the potential uses for this engine in hypersonic vehicles.”

Slabaugh is already leading hypersonics efforts, as part of a $5.8 million multidisciplinary program supported by the Air Force Research Laboratory. Purdue University is quickly becoming a hotbed for hypersonics research. In 2019, Purdue hosted one of the first ever hypersonics conferences. In 2020, Northrop Grumman donated a hypersonics shock tunnel to Purdue – only the second such facility in academia. Purdue is also developing the first quiet Mach 8 wind tunnel in the world.

“It’s been great working with the Department of Defense,” said Scalo. “They work relentlessly, constantly advancing fundamental knowledge to inform engineering design and deliver next-generation technology. This perfectly aligns with my research style, and the mission of Purdue. With my computational experience and Carson’s experimental research, there’s nothing we can’t accomplish.”