When Eric Nauman got the call from Purdue Sports Medicine, he was ready.

“We’ve been working with Sports Medicine here at Purdue for more than 10 years,” said Nauman, professor of Mechanical Engineering. “We’ve done concussion studies, and built braces and other assistive devices for athletes of all ages.  But this one was unique.”

Isaac Haas, the 7’ 2” star of the men’s basketball team, had fractured his elbow in a game on Friday, March 16.  He had attempted to play in Sunday’s game with a brace, but the NCAA wouldn’t allow a device with “nonpliable material.”

That’s when Nauman and his team of graduate students got to work in his lab, the Human Injury Research and Regenerative Technologies Lab (HIRRT). 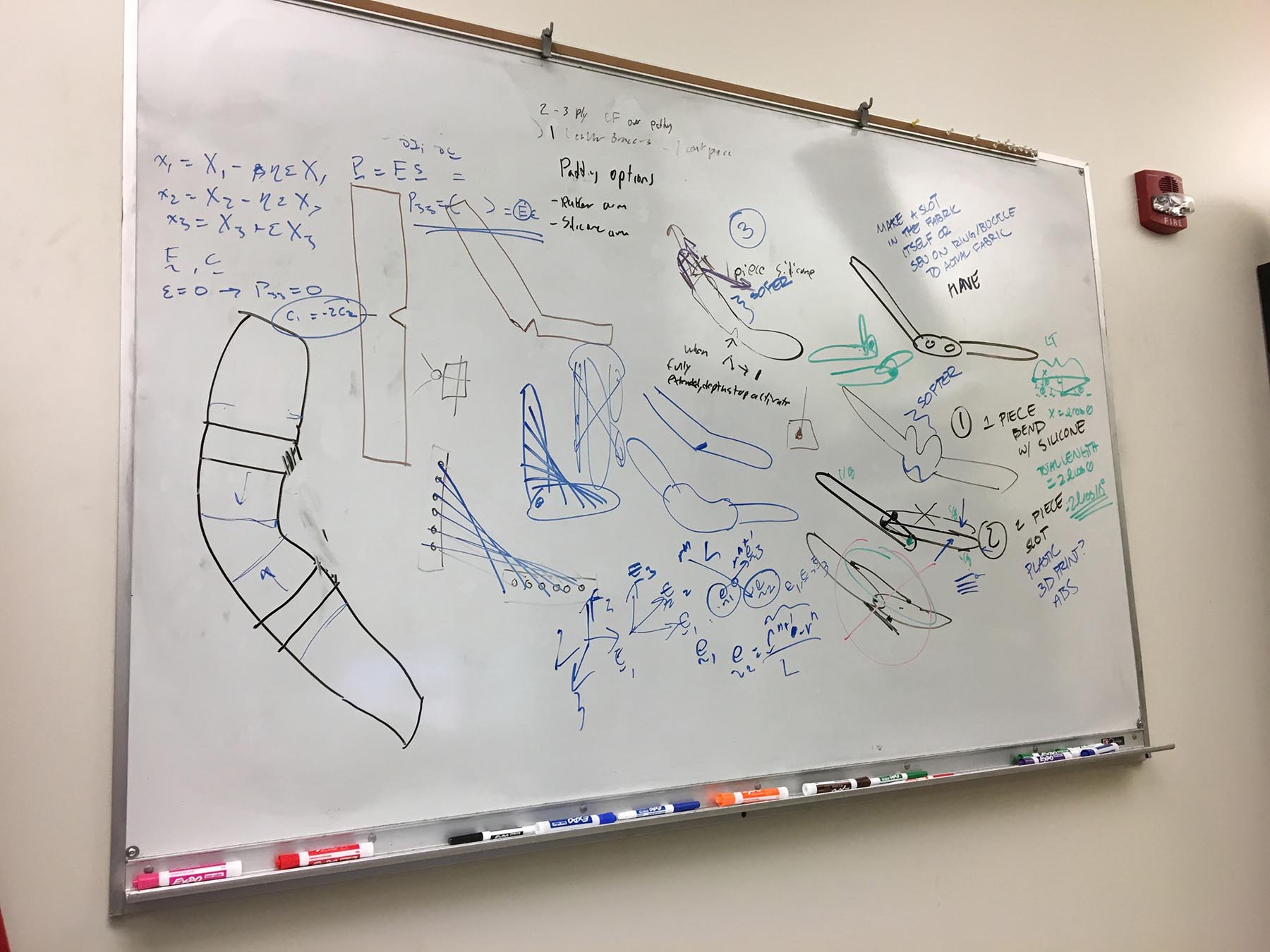 “We talked with the athletic trainers to see what the actual issues were with the current brace,” said Nauman, “and came up with the design goals we had to meet.  It’s the exact same process that we teach our students every semester, except we were doing it in 30 hours!”

They did some rapid prototyping, and experimented with many different types of padding materials.  What ultimately worked best was an old-school solution: leather.

“Since we weren’t allowed to use anything rigid, leather was the perfect material to prevent Isaac from locking his elbow out,” said Nauman.  One of his students actually did leatherwork as a hobby, and constructed the pieces needed to complete the brace.  “It’s amazing to see these old and new technologies come together to get the job done.”

So how do you size a brace for someone who is 7’ 2”?  “We usually make prosthetics and assistive devices for children,” said Nauman. “We didn’t have any models in the lab that were anywhere near the right size.” They attempted to simulate Haas’ arm by dressing a student in many layers of bulky sweatshirts.  One student even used the measurements of his leg to substitute for the thickness of Haas’ arm!  In the end, Haas sat for a fitting, after which they adjusted the padding to add protection exactly where it was needed.

Whether Haas plays again or not, Nauman’s team of engineers are glad to have combined their unique talents with the unique talents of the basketball players.  “Isaac, Vince, and the whole team are such stand-up guys,” said Nauman.  “They’re a wonderful group to work with.  That’s why we gave pretty much every hour we had. We were driven to do the best job that we could for them.”