For a time, Jonathan Ore thought his childhood dream of obtaining a PhD was dashed. But Purdue's online master's in mechanical engineering gave this working professional exactly what he needed. He loved it so much, that he came to campus to complete a PhD.

From a young age, Jonathan Ore imagined himself one day becoming Dr. Ore. And he was on track for the degree, earning a bachelor’s degree from Penn State in electrical engineering, math, and physics. But Jonathan graduated into the worst recession in the U.S. in decades. Competition for PhD programs was fierce, and graduate school did not work out for him. He accepted that he would spend his career as a working professional — at the time, he was a Systems Engineer at Westinghouse Electric Company.

Then Jonathan discovered Purdue Online, Purdue Engineering’s master’s program for working professionals. Online students take the same classes with the same professors and earn the same degree as students on campus, with minimal disruption to their lives. 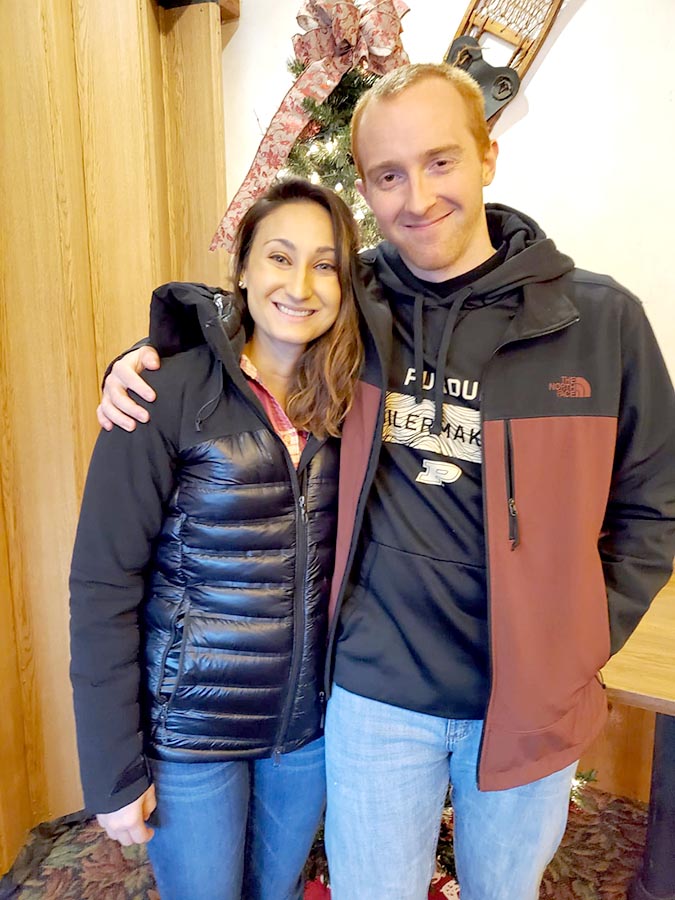 He knew it would be a challenge. He was recently married and worked a demanding job that required international travel. He also opted for the fast-track, 5-semester program, taking two courses per semester to complete the degree quickly. He enrolled in the Electrical and Computer Engineering (ECE) program in 2013.

The program was as challenging as he anticipated. While coworkers pursued their hobbies, Jonathan spent his time away from work studying. He spent weekends catching up on lectures, watching 5 or more at a time, while fitting homework into weeknights. There was little room to let responsibilities slide, either at work or in his courses, because there would be no time to catch up later.

Jonathan remained positive. “I knew I was working toward something, and I knew it would be worthwhile.”

He found great benefit in the structure of the online degree program. His professors were understanding and accommodating, they were just as engaged with the online students as the on-campus students, and the program allowed flexibility in the coursework.

“The professors understand you’re a working professional, and they are willing to work with you,” he said. One week, just before a mid-term exam, he was visiting a factory in Mexico for his employer. An emergency at the factory required him to request special arrangements for his mid-term exam. His professor was accommodating. “That was a good experience,” remarked Jonathan.

His professors were also very engaged with the online students. “I never felt I wasn’t connected to the class or the professor just because I wasn’t there.” Power Electronics was a particularly difficult course for him, and the professor for the course, Prof. Dionysis Aliprantis, held Skype meetings with Jonathan throughout the semester, helping him understand the material and encouraging him to set his sights once again on a PhD.

After completing his master’s degree in electrical engineering, Jonathan wanted to round out his education with a second Purdue Online master’s degree — this time, in mechanical engineering. The Director of the Graduate Program, Julayne Moser, convinced him instead to enroll in an on-campus PhD program. Jonathan couldn’t imagine leaving his job and making the commitment, but the graduate program bulldozed his obstacles and made him feel like a part of the graduate community from his first visit.

“When I got the acceptance letter for the PhD program, I broke down. That an institution like Purdue, so highly ranked, would want me — I was blown away.”

Prof. Eckhard Groll, whose research explores smart buildings, extended Jonathan a research opportunity for the DC Nano-Grid house, a project whose goal is to retrofit an existing West Lafayette home from AC power to DC power to improve energy efficiency and reduce energy consumption. This project combines Jonathan’s experiences in electrical and mechanical engineering, precisely what Jonathan set out to do years before.

Every semester brings him closer to the PhD he has dreamed of since childhood.

He said, “Anyone can do this if you’re willing to dedicate time and effort. And a degree can never be taken away from you.”

Get your Master's Degree in Mechanical Engineering entirely online!  Click here to learn how!