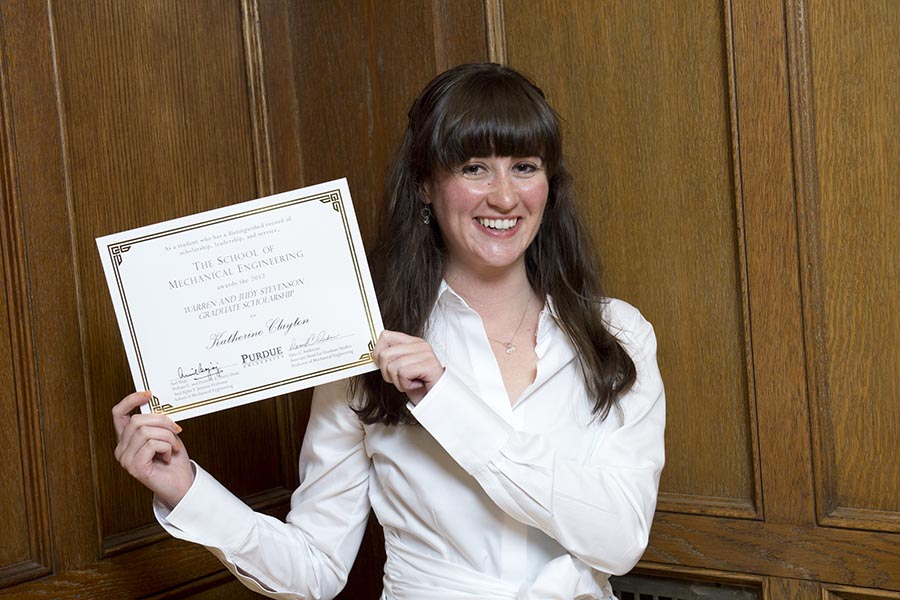 Recognizing student excellence at every level

The School of Mechanical Engineering is pleased to announce the following awards, given to deserving sophomore, junior, and senior undergraduate students.  These students have demonstrated academic excellence, exemplified personal integrity, and exercised involvement in the community of Purdue University.

The Starkey Prize for Outstanding Seniors

The John M. Starkey Prize in Mechanical Engineering celebrates the top all-around graduating ME senior every year, as exemplified by the school’s core values of Character and Personal Integrity, Academic Excellence, and Community Engagement and Leadership. The award comes with a cash prize of $2,000. Must meet the following criteria:

The Starkey Prize is named after John Starkey, who served as a professor in Mechanical Engineering from 1982 to 2017.  He served as faculty advisor for Purdue's SAE auto racing teams, and also director of the ME463 senior design capstone class, where he oversaw the final Purdue experience for hundreds of students.

Nobody works harder than Emily Nadler, whether in the classroom or on the field.  She's had internships with iRobot, Allison Transmission, and GE Aviation, and has conducted heat transfer research with Prof. Marconnet's MTEC lab.  She served as President of Purdue Women's Ultimate, and worked closely with Purdue Club Sports.  She's also well known amongst Pi Tau Sigma for helping other students in time of need, whether it's with academic tutoring, or baking treats to cheer people up!

Dylan was recently named one of the first ever Purdue Engineering Fellows, and it's easy to see why.  In addition to academic success, he has had a 5-session co-op with GE Aviation, and internships with Caterpillar and Boeing.  He also experienced short-term study abroad programs in Colombia and Germany.  His mentoring activities extend to the "All American" Marching Band, where he is a student leader. Upon graduation, Dylan will join GE Aviation in their Edison Engineering Development Program.

Throughout his term as President of Pi Tau Sigma (the Mechanical Engineering Honor Society), Mohammed has created a tighter bond between the ME department and Pi Tau, adding multiple faculty advisors and providing more services to ME students. On top of this role, Mohammed is also a controls lab TA for ME 365 and 375, and he works with Professor Jain as an undergraduate research assistant. Mohammed plans to go to graduate school to study the application of control theory on thermal systems.

Presented to a student in junior level curriculum (they must have taken ME 309, ME 365, and ME 323); based on dedication to the School of Mechanical Engineering, in recognition of leadership within the community and department; examples of leadership include: club involvement, mentoring program, co-op/internship opportunities, etc.  The award comes with a cash prize of $1,000. Must meet the following criteria:

The Outstanding Junior Award is named after Frederick Morse, who served as a professor in Mechanical Engineering from 1947 to 1985.  He is best known for creating Purdue's first cooperative education (co-op) program in 1954, and in the decades since, guiding hundreds of students through their first work experiences.

Abby CODO'd from Environmental and Ecological Engineering, and quickly demonstrated not just academic success in ME, but excellence in leadership positions.  She's an executive officer of the Purdue Mechanical Engineering Ambassadors, a mentor in the Honors College, and has also served as a Resident Assistant.  She has clearly shown a passion not just for engineering, but for teaching engineers.

Aidan is a highly dedicated and passionate engineer and entrepreneur. He has led teams on campus such as Purdue Electric Racing, and Students for the Exploration and Development of Space.  He has also served internships at Apple, and Elroy Air. Aidan has serious interest in applying engineering concepts to issues in sustainability. As a leader, he is the embodiment of accountability, empathy, integrity, and resilience.

Logan has demonstrated success as a student, researcher, and active member in the mechanical engineering community.  He is well known for his work ethic, positive attitude, and leadership.  He has conducted research in cold plasma treated 3D printers; interned at Ingersoll Rand; and travelled to China as part of a Study Abroad.  He also serves as a Boiler Mentor, a peer advisor for freshmen students in the College of Engineering to guide them successfully into University life.

Presented to a student in sophomore level curriculum (they must have taken ME 200, ME 270, and ME 290); based on dedication to the School of Mechanical Engineering, in recognition of leadership within the community and department.  The award comes with a cash prize of $500.  Must meet the following criteria: 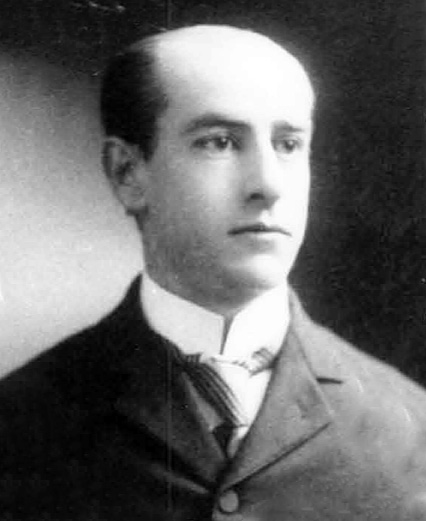 The Outstanding Sophomore Award is named after George Elwood Rhoads, who graduated from Purdue Mechanical Engineering in 1900; the funds were provided by his son, Albert B. Rhoads (BSME 1933).

In his role with Purdue Mechanical Engineering Ambassadors, Jordan makes a positive impact on students and family visiting Purdue ME.  He has tutored students through the Minority Engineering Program, and served as a peer mentor in Honors Engineering.  He is the recruiting officer for the men’s club lacrosse team, and this summer will serve as a product development intern at Fiat Chrysler Automobiles.

Jennifer is an outstanding student both in academics and involvement. She has participated in the honors college and given back through their mentorship program. Last summer, she interned at Caterpillar.  Jennifer also is involved in the Women in Engineering Program, the Society for Women Engineers, and the Purduettes. Most recently Jennifer became a part of Purdue Mechanical Engineering Ambassadors to lead in the ME community.

Abhi has gone above and beyond the high standards set by Purdue Mechanical Engineering. He has already conducted undergraduate research, working with Jeff Rhoads at Herrick Labs for more than a year.  Outside the classroom, Abhi is the Director of Technology in Purdue's ASME chapter, as well as the Scholastics Chair in Purdue's Beta Chi Theta Fraternity.

Do you want to fund future awards to recognize the best and brightest Purdue Mechanical Engineering students? Contact Javan Greeson at (765) 494-9769, email him at wjgreeson@prf.org, or donate online today (and specify Student Awards!)