Remember when your parents told you to "share your toys" with others? Purdue's Mechanical Engineering students have done just that: sharing their toys with the public, as part of an annual Toy Fair event that coincides with Purdue's 150th anniversary.

Officially, the ME444 class is called “Computer-Aided Design,” but everyone knows it as the Toy Design class.  Students learn concept generation, CAD design, finite element analysis, and rapid prototyping, and other skills necessary to work in industry.  But all their hands-on learning takes place with toys, and their final project involves designing and building a new action toy.

“The entire campus has embraced the ‘Giant Leaps’ theme,” said Liu, “so we are happy to help Purdue celebrate 150 years of innovation by showing what our engineering students can do with these toys.”

The top winners from the Spring 2019 Toy Fair are: 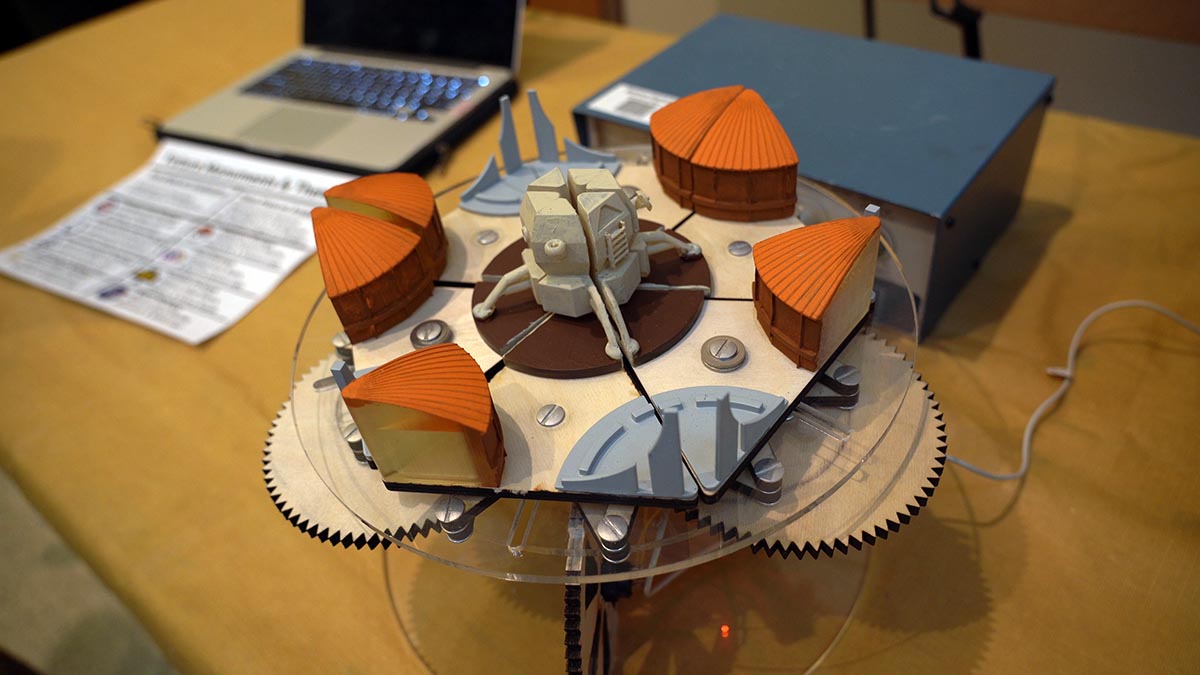 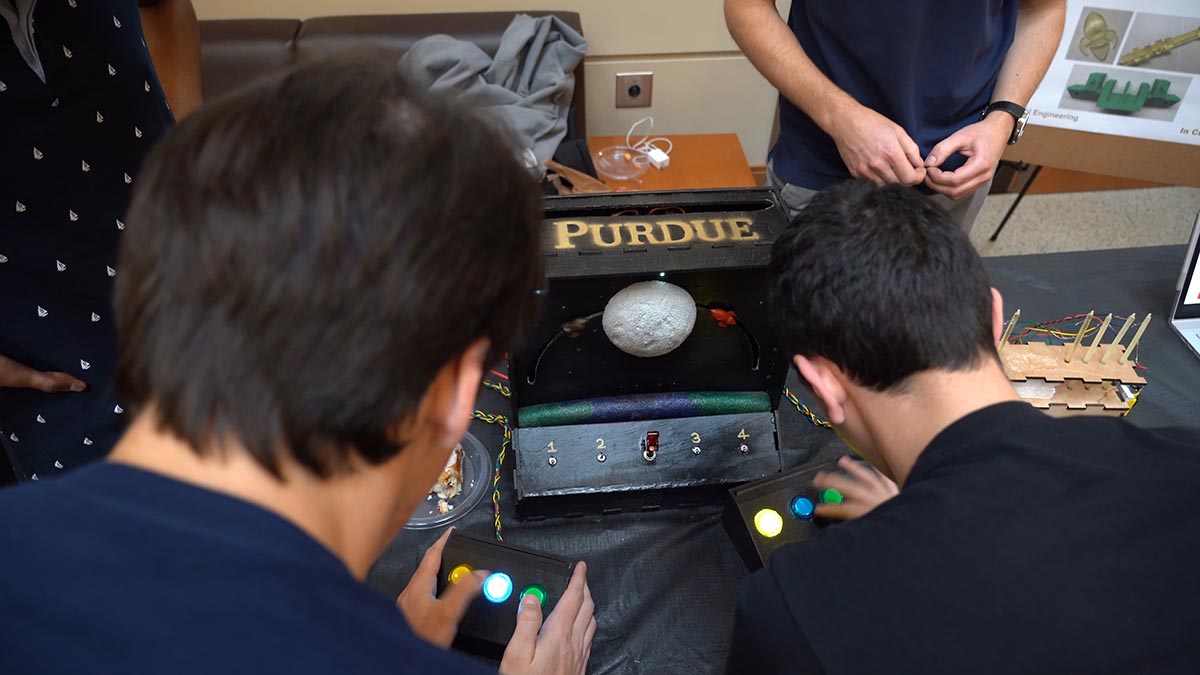 Best Innovation Award: Rocket Racers, Alex Dunn, Vince Kaufhold, Sai Reddy, Ben Walters.  An arcade style 2-player button racer with multiple game modes. The main objective of the game is to get your rocket to the moon first. Stars twinkle on a cam mechanism to simulate a night sky, and the winner’s flag is raised on the moon by a servo-powered four-bar mechanism. 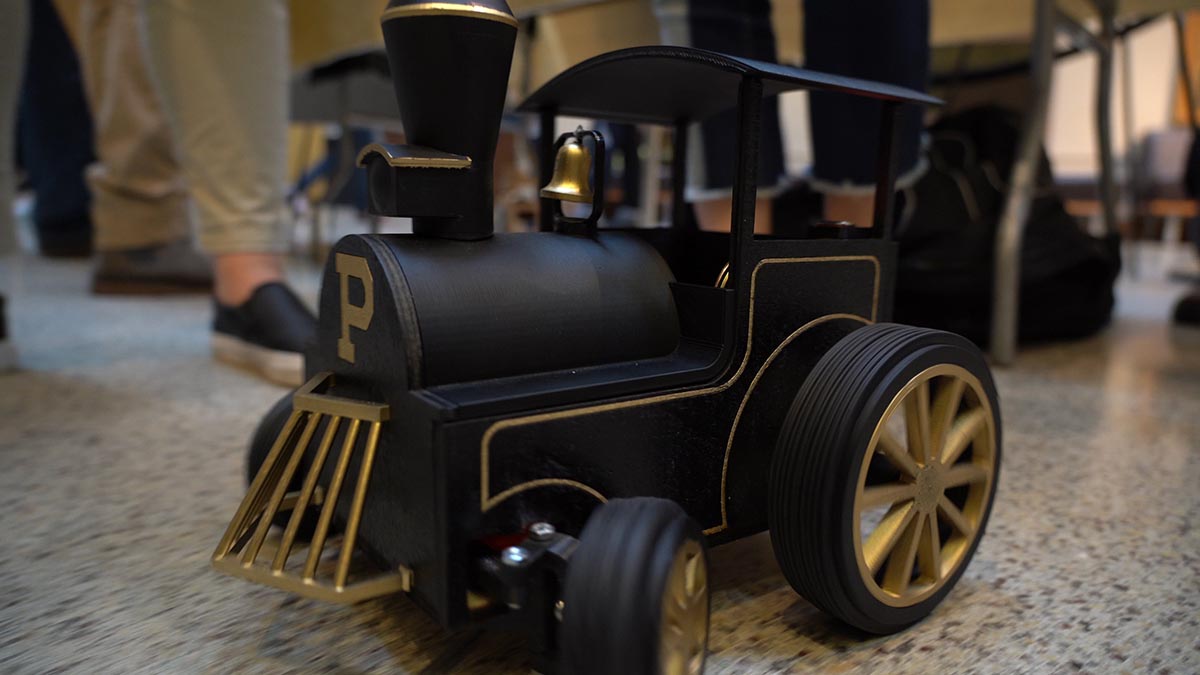 Best Market Potential Award: Boilermaker Especially Special, Brayden Gehlhausen, Grant Goldate, Ethan Heikens. This train is based on the Boilermaker Special, and is controlled via a smartphone app.  It is designed to get kids interested in mechanics by visibly demonstrating mechanical components that real vehicles use, such as a manual transmission system, a steering system, and a differential gear system.