With SpaceX launches capturing the world's imagination, the 21st century has become a golden age of rocketry, and it's never been easier to build a rocket that launches to incredible heights. But a student team called Purdue Space Program has taken this ambition to the next level. They have built a rocket fueled by liquid methane -- something no university has ever attempted -- and in May, will launch it as part of a $100,000 competition. 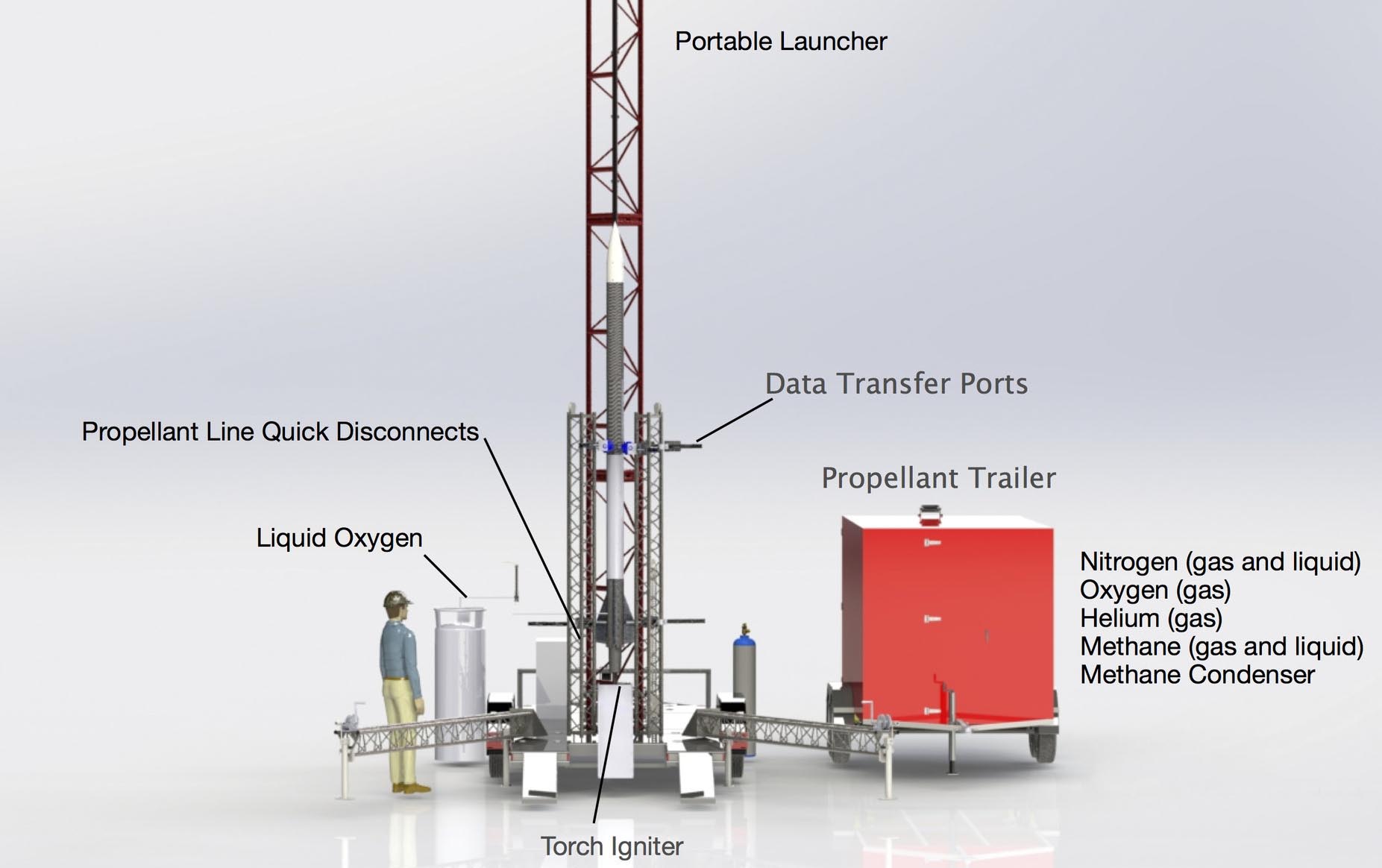 It’s called the FAR-MARS Prize, named after its two sponsors (Friends of Amateur Rocketry and the Mars Society). If a student team can launch a bi-propellant liquid-fueled rocket to 45,000 feet, they will win $50,000. If a team can launch using liquid oxygen and liquid methane as fuel, they will win another $50,000.

Purdue Space Program is competing for both prizes with a single rocket.

“Solid rocket fuels are pretty simple and well-known, but very few people attempt liquid-fueled rockets,” said Christopher Nilsen, a Multidisciplinary Engineering major. He’s the president of Purdue SEDS (Students for the Exploration and Development of Space), and leads the team behind their rocket project, called Purdue Space Program.  “With liquid-fueled rockets, there are valves, there are pressurizations, and everything has to be kept very cold. There’s a lot of plumbing to figure out.”

“Liquid methane is a relatively new experimental fuel source, and there isn’t a lot of data on it,” said Cat White, who studies propellants as part of the School of Aeronautics and Astronautics.  “But there is a lot of interest, because if we end up traveling to Mars, it may have a lot of methane -- which means we could potentially manufacture our own rocket fuel on the planet.” That’s why Elon Musk has included on-site propellant manufacturing in his Mars plans, and why the Mars Society is invested in the competition.

But it’s easier said than done.  “You can’t really get liquid methane commercially anywhere,” said Nilsen. “So we’re making our own. We designed a condenser system to convert gaseous methane into liquid methane, and fuel it into the rocket, right on the pad.”

That also means building a pad, building a condenser system, and of course, building a 12-foot rocket.  That’s why the Purdue Space Program includes more than 50 students working on the design, manufacturing, propellants, controls, recovery, and business side of the project.  They’ve been laying down carbon fiber at Purdue’s Composites Manufacturing and Simulation Center, and nearly taking up residence at the Bechtel Innovation Design Center’s machine shop. They’ve been able to complete all this in just 12 months, for less than $20,000 -- a project that costs most teams more than a quarter of a million.

Their secret weapon?  Zucrow Labs.  “Zucrow is the largest propulsion lab at any university in the country,” said White. “They have more area, they have more test cells, they have more experience. They have parts everywhere that we’ve been able to adapt for our rocket. They have control systems already established, so we don’t have to re-invent the wheel.”

“There are some universities that have to drive eight hours into the desert just to do a simple test,” said Nilsen. “We’re very fortunate that we have everything we need, right here on our campus.” 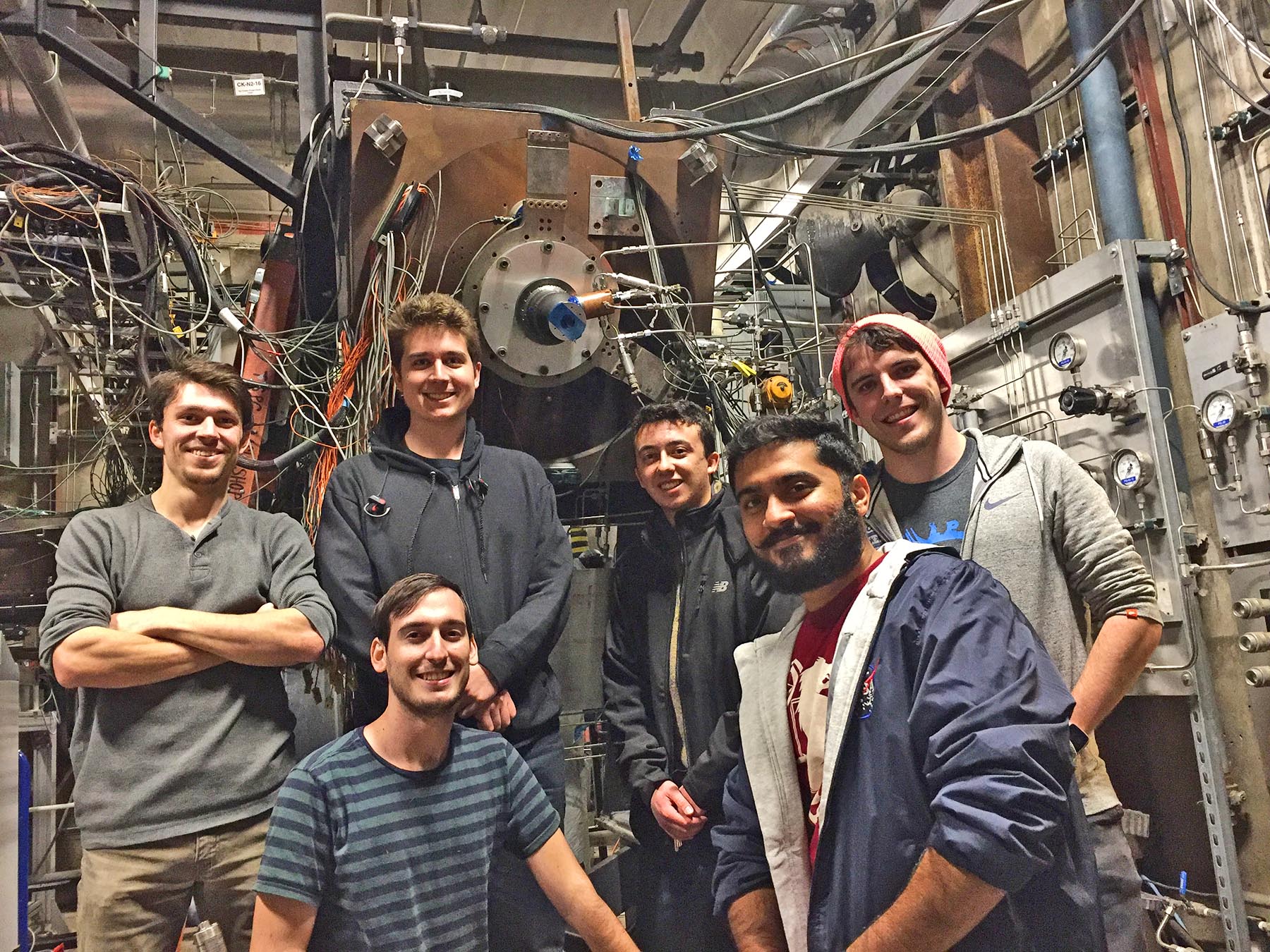 Purdue Space Program also benefits from the expertise of more than 150 graduate students, faculty, and staff that regularly work at Zucrow Labs.  Scott Meyer, Zucrow’s managing director, is the group’s faculty advisor. “I’m thrilled to be a part of this group,” said Meyer. “For their first hot-fire test, I came in at 3 in the morning, because I was too excited to sleep. This is something that I’ve always wanted to do, even when I was a student here.  Now we’re making it happen!”

The FAR-MARS competition takes place May 5-14 in the Mojave Desert of California.  The team will have just two hours to deploy their launch system, fuel the rocket, and launch a payload that includes an altitude tracking device, and recover it via parachute.  “That’s going to be a real challenge,” said White. “But I think we can do it!”

Nilsen agrees: “45,000 feet is an ambitious goal, but our data suggests it’s going to work.”

Neither Nilsen, nor White, nor any of the other 50 hard-working members of Purdue Space Program receive class credit for Purdue Space Program. So why give all your spare time to this project?  “We do it because we like it,” said Nilsen. “It’s a giant problem to solve, and there’s no handbook for any of this. So we have to start from scratch, and do everything ourselves.”

“And besides, everyone likes rockets!”