Purdue Mechanical Engineers have followed some pretty incredible paths to their career achievements. Moira Gunn's journey should definitely be filed under the "far from ordinary" track.

“I didn’t think I was ever going to go into engineering,” says Moira (Ph.D. ’74), now the host of the NPR radio program Tech Nation.  “I came from a family of history and English majors!  But even as a kid, I knew I loved math.  I would rather do math on a Saturday morning than go to the movies!” 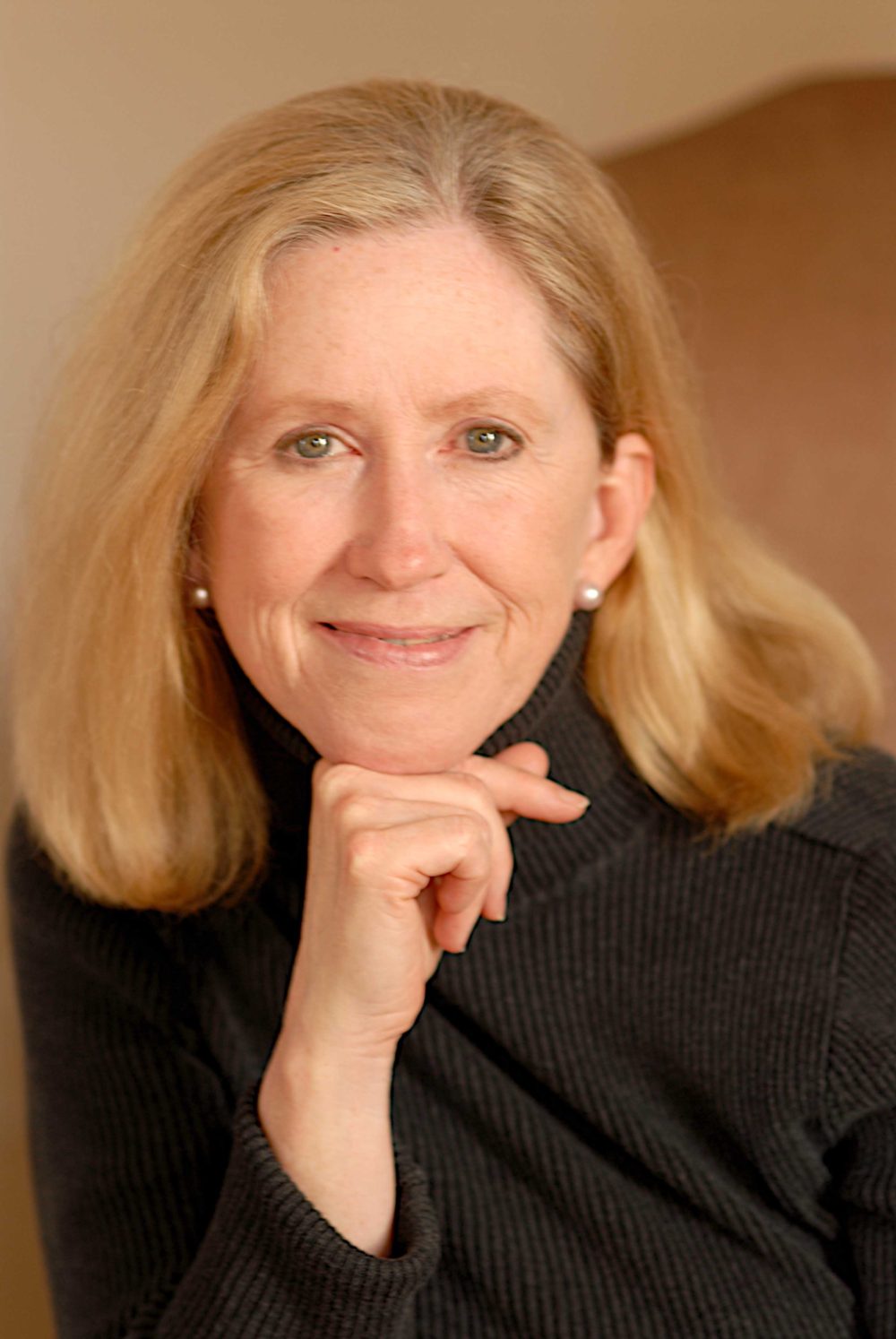 Looking back now, she can see the early signs of her technology-focused life.  She discovered that her grandfather had been an engineer, working in the boiler room of New York’s Hotel Astor (“so he was a Boilermaker too!” she jokes), and then becoming head engineer for Horn & Hardart, who pioneered the sandwich-dispensing Automat.  And after the family moved to California, they settled in Menlo Park (before it became the Silicon Valley home of companies like Facebook and Hewlett Packard).  In fact, the Gunn family home was just three doors down from the garage where Sergey Brin and Larry Page started Google!

But back to math-loving Moira.

“I went to a girls’ high school,” she says, “and they didn’t offer a lot of science. It wasn’t until I got to college that it really kicked in.”  Moira started out in math at the University of San Francisco, but quickly found that computers were more her style. “I worked as a data input clerk. And those were the days before we had computers with screens; I would enter data from a written notebook into something that looked like an electric typewriter.  But it really fascinated me, and I became a computer science major.”

Coming to Purdue University for graduate school, she continued to pursue Computer Science, and worked hard enough to finish her MS in just three semesters.  That’s when a chance encounter steered her in another direction.  “Dick Garrett, who headed the Computer-Aided Design department of Mechanical Engineering, found out about me,” she says. “He invited me to lunch, and told me about what his lab was doing. He also looked at my transcript, and saw how much math and science I had already taken, and told me that I was only a few credits short of an engineering degree. And he said, ‘you already do better work than the guys in my lab!’ So that’s how I got a Ph.D. in Mechanical Engineering.”

Her final thesis involved teaching other students how to generate computer graphics, without having to learn advanced programming.  “At first, I had trouble attracting students to try this class,” she remembers. “But then I recruited a bunch of girls from other schools to come and be a part of the class. After that, guys came from everywhere!”  It was yet another precursor to her future radio career, bringing technology knowledge to the masses.

And yes, she did have to deal with some sexism -- even after finishing her Ph.D. and beginning to work at NASA.  “There weren’t a lot of women around in computer science or engineering,” she remembers.  “But even at NASA, people would ask me, ‘What’s it like being the only woman at these meetings?’ Then I’d turn it around: ‘You’d have to ask them; every meeting I’ve ever been in has a woman in it!’”

She continues: “Really, it wasn’t that different.  We got the same assignments.  We had all this work to do, and you had to be on time and under budget, and come up with a brilliant idea every so often.  When I did encounter other women, we’d say, ‘Hi! What’s happening!’  And then we’d just get down to work.”

Moira’s next career pivot came in the early 1980s.  Moira’s neighbor worked in public relations, and offered her an unusual gig.  “She had a contract with Post Cereals and Atari Computers,” Moira recalls.  “Atari had this new educational software, and they had a campaign where you could send in proof-of-purchase seals from Post Cereals in exchange for the software.  They needed spokespeople around the country to promote this partnership, and I ended up filling in for someone in Chicago.”

For two days, Moira spoke to TV, radio, and newspaper reporters in Chicago, extolling the virtues of Atari computers -- and of course, encouraging people to buy Post Cereals.  After returning home to California, the PR firm loved her work so much, that they asked her to take over the entire nationwide tour.  So in 1983, the math-loving NASA engineer became a cereal spokesperson.

“It was a complete fluke,” she laughs.  “Unbeknownst to me, I happened to be good at it. It was pretty exciting.”

One thing led to another, and she found herself behind a microphone at her alma mater, the University of San Francisco.  “The nerd who worked at the college radio station when I was a student, was now the general manager,” she says. “he told me, ‘Sure, you can have a show.’  I think the signal only reached 4 or 5 blocks in any direction!”

Moira began interviewing interesting people in her favorite field: science and technology.  “I had read their books,” she remembers, “so these astrophysicists and neuroscientists were thrilled that someone was interested in their work.” As her PR network grew, scientists would begin to seek her out whenever they had new work to promote.

Then things got weird.  “I got a call asking if I would interview Nolan Ryan, the baseball player. What does he have to do with technology? Well, he’s at the end of his career, and he wants to talk about getting medical tests early so you can stay in the best of health.  OK.  Then the next day, someone asked if I could interview Eddie Fisher.  I said, ‘You mean Elizabeth Taylor’s Eddie Fisher? Why?’ And he said he wanted to talk about the recording technology of today, versus what he started with in the 1940s. So that sounded good.  And then finally, I got a call asking if I wanted to interview Linus Pauling.  Wow! That’s when I knew something was happening here!”

That was the birth of Tech Nation, which now broadcasts to millions of people from KQED, the largest public radio station in the country.  In each episode, Moira interviews the most prominent voices in science, technology, business, and more recently, biomedicine.  Over the decades, her guest list has included some of the most famous people in the world -- some of whom had not yet become famous.  Remember that garage in Menlo Park?

“Larry Page and Sergey Brin came on the program in 2000,” Moira mentions about the co-founders of Google, which was relatively obscure at the turn of the century.  “I got a desperate call from their representative saying, ‘Will you interview these guys? Nobody will talk to them.’ And I asked what was wrong with them, and he said, ‘Well, they’re computer science majors.’ Hey, so am I!  We never knew who was going to make it in that era.  I remember Jeff Bezos coming to KQED to promote his email book-buying service, Amazon. It wasn't even a website yet. Afterwards I discovered him in the lobby - he couldn't get a taxi downtown, so I gave him a ride (I think he still owes me one!)” 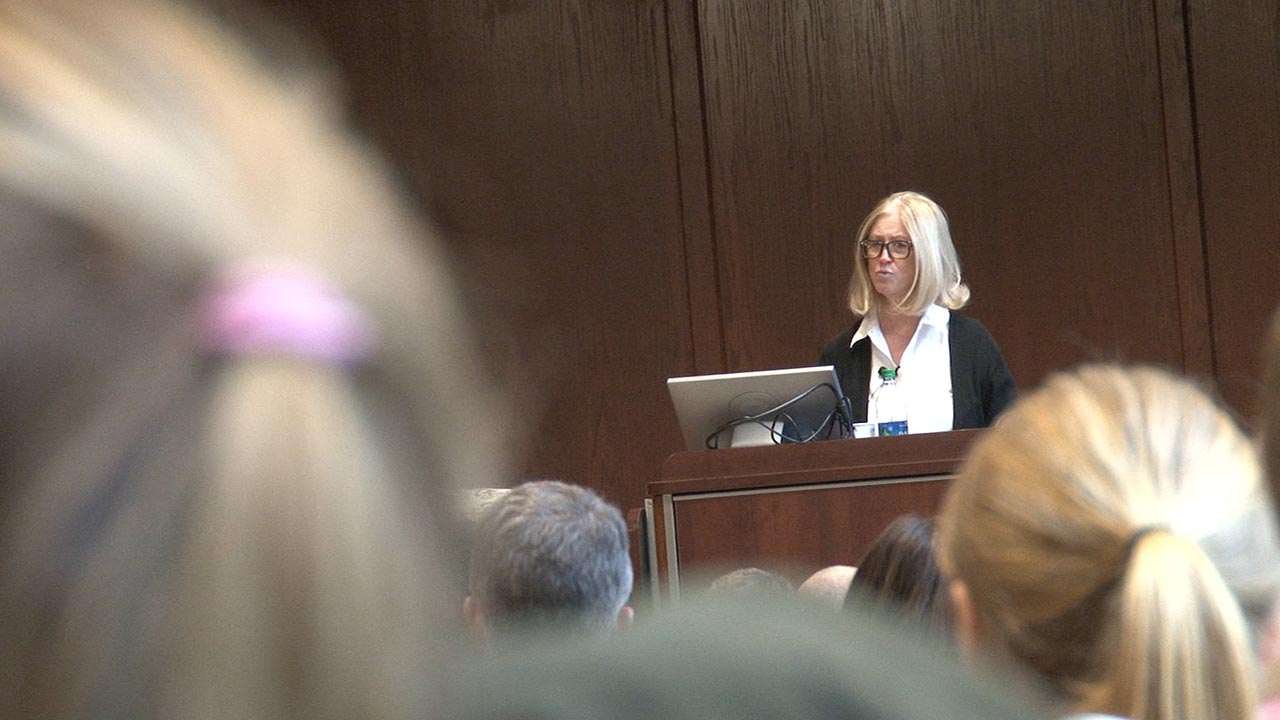 “I encounter Purdue grads all the time,” Moira says.  “They always identify themselves to me. Go Boilers!  Very infrequently will you ever go some place and not find a Purdue connection.”

In March 2018, Moira gave the inaugural presentation of the Aronson Family Science and Society Honors Lecture Series, hosted by the Purdue University Honors College.  So based on her visit, does Moira see a difference between the technology-loving students of today, and technology-loving students of her time?  “They’re different than we were,” she offers. “Half of my worries were about what class was coming up next, and how do I get from here to there.  But these students have smartphones, and they have all that stuff figured out.  You don’t have to stand in line at the computer center, punch cards, and wait 20 minutes for the result to come out. A lot of the obstacles have been removed, and it enables them to do tremendous work.  This is a digital generation!  It’s going to be fun to see what they’re capable of.”

And Moira herself is at the forefront of this digital generation, now that her program is available on podcasts and satellite radio.  “It’s really gratifying to see this show become successful,” she says. “I’ve gotten to talk to a lot of people, and hopefully will talk to a whole lot more people in the future!”