As matter-of-fact as possible, Karen Son tells me her field of study: "My job is to keep astronauts alive." No pressure there.

As a Ph.D. candidate in Mechanical Engineering, Karen Son is bringing her expertise in heat transfer to the life support systems of NASA spacecraft -- specifically, to the air that astronauts breathe.  “When you’re in a confined atmosphere, like a spaceship or a submarine, you’re going to be re-breathing the same air,” says Karen.  “There’s a buildup of carbon dioxide, which is toxic to the human body.  We need to remove that CO2 from the environment.” 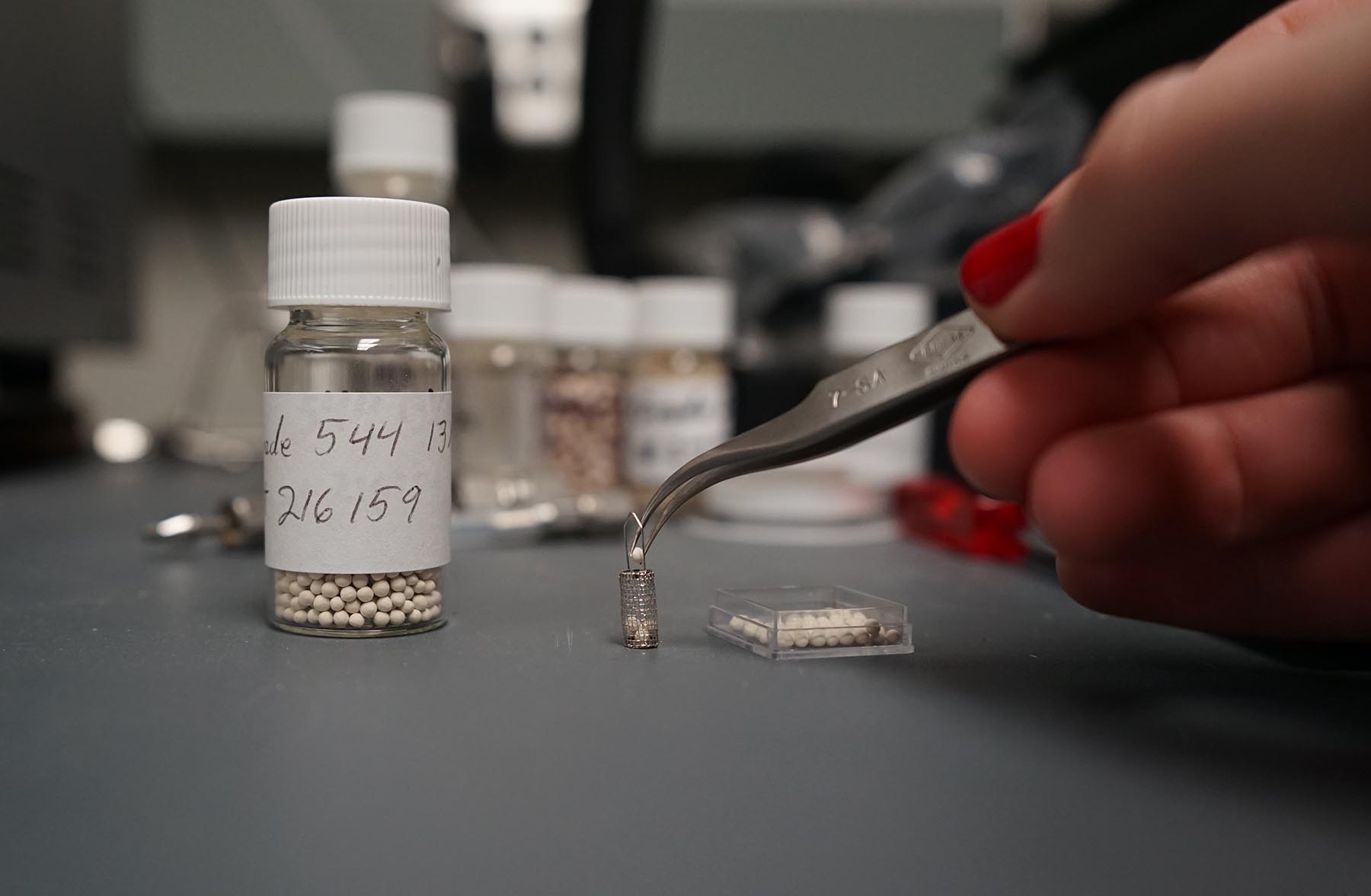 The current method involves filtering the air using small aluminosilicate granules called zeolites -- essentially a form of clay.  These granules absorb CO2, and then when heated, discharge that CO2 into the vacuum of space.  The granules can then absorb more CO2, and the process is repeated.  Karen’s focus is on perfecting the zeolites, and the heat transfer process.

Growing up in Las Vegas and attending Utah State as an undergrad, Karen followed her father’s footsteps into mechanical engineering.  “It was a great major,” she says. “Mechanical engineering really enables you to do anything.” After learning of Purdue’s worldwide reputation and history in heat transfer, she decided to pursue a graduate degree at Purdue ME, studying under Suresh Garimella at the Cooling Technologies Research Center.

“I must admit, I wasn’t really a space buff before going there,” she says.  “Some people at Marshall told me to meet them at the ‘Saturn V,’ and I had to look up what that was!  But once I got started, I became fascinated -- not just with the history, but with NASA’s future plans for spaceflight.”

Future long-term space missions will require CO2 scrubbers to be smaller, cheaper, more efficient, and longer-lasting.  But these criteria are impossible to test without endangering the lives of astronauts.  That’s why Karen’s expertise in heat transfer is so important to NASA’s efforts.

“They are performing computer simulations,” she says. “I’ve been able to really get my teeth into these computer models.  So far I’ve been able to reduce uncertainty in some of these models by orders of magnitude, and increase their prediction accuracy by over 50%.”

After she finishes her Ph.D., Karen is headed to Sandia National Labs in Albuquerque, New Mexico, to continue her work in thermal modeling.  But she’s quick to recognize Purdue’s role in her career.  “The faculty here are amazing,” she says, “and through networking I’ve been able to meet directors of laboratories, directors at NASA.  Beyond that, Purdue has labs like no other place in the world.  NASA actually ships me samples here, because we have world-class particle characterization facilities.  In both size and quality, Purdue is unmatched.”