Put your money where your heart is: Purdue ME faculty create endowments to help students

Every Purdue student is on a journey, and many times that journey contains ups and downs. Faculty can often be the first people to perceive when students are going through challenges. That's why several Purdue ME faculty members have personally stepped up to donate to financial endowments designed to help students in times of need.

Helping hand in a time of need

“The world is full of challenges,” said Jay Gore, Reilly University Chair Professor of Mechanical Engineering. “Both my wife Medha and I have experienced this, and we have also learned that at these times of need, small amounts can make a big difference.”

This became even more evident during the COVID-19 pandemic. “We saw that many of our students faced difficulties, around the world and here in the United States,” said Jay. “We asked each other, ‘What can we do?’”

The Gores created the Mechanical Engineering Student Support Fund in Honor of Nalini Gore and the late Prabhakar Gore Endowment. Jay drew inspiration not only from his Purdue colleagues, but from the examples in his own family.

“My mother went to college while raising three of us, because my father had passed away when I was 16,” said Jay. “Both she and my father stressed the importance of an education. Our family experienced many challenges, and my mother faced them head on.”

That’s why they chose to create an endowment to provide a boost for students who may be at their lowest point. “This is for students who are performing well in their classes, but encounter difficulties outside of their control,” said Jay. “What we may consider small things – a winter coat, a pair of shoes, a tire that needs to be replaced – can significantly impact a student’s well-being. We as faculty members should be perceptive to the needs our students have. Even a small boost and can make a big difference.” 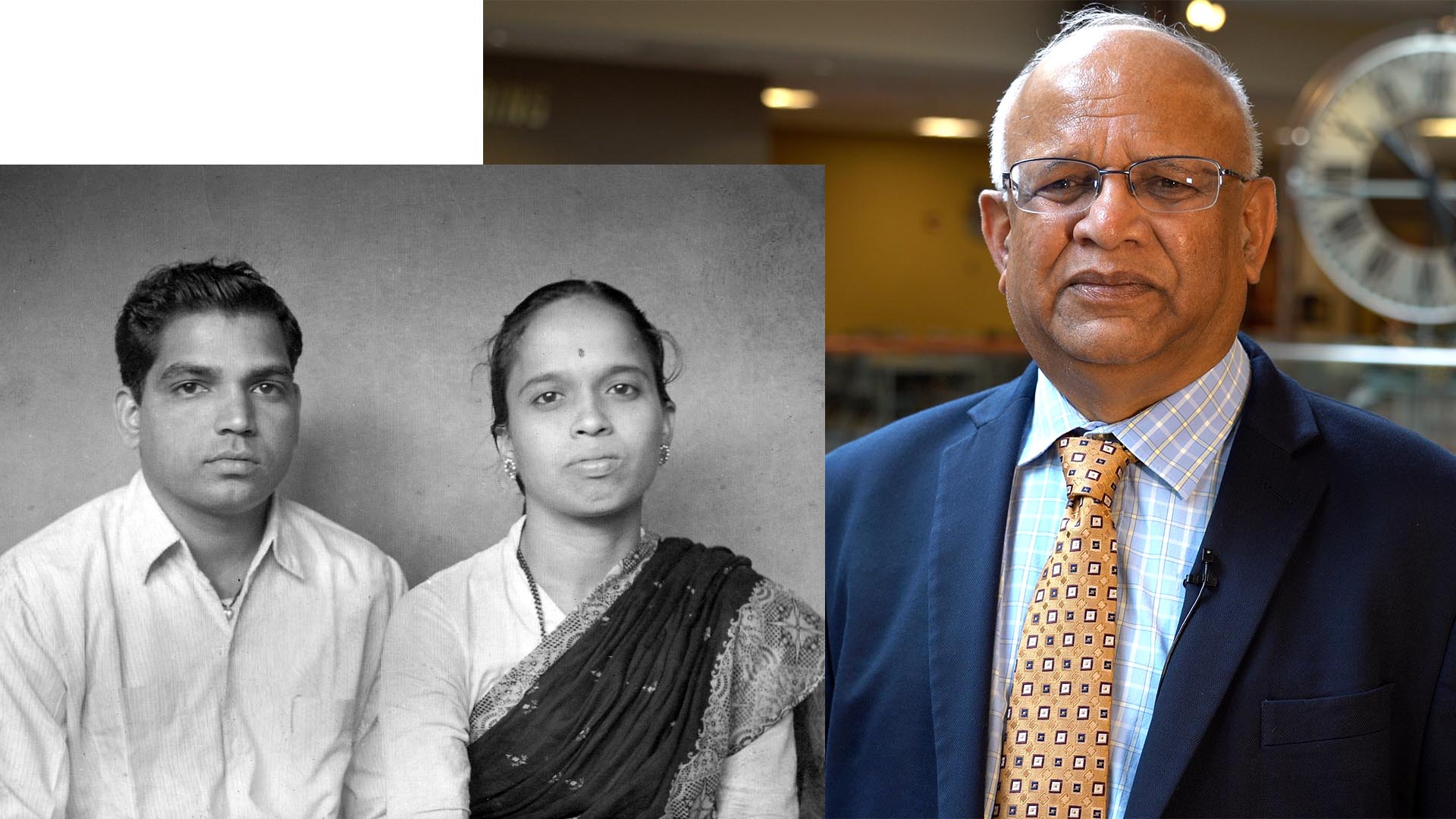 The endowment Jay Gore created for students in need is named after his parents, Prabhakar and Nalini Gore.

For Eckhard and Tamara Groll, their inspiration came from overseas.

“We specifically designed the program so that students get a comprehensive global engineering experience,” said Eckhard. “In today’s workforce, engineering problems are tackled on a global basis. It’s very important that students get that ‘second culture’ experience. We have kept in touch with many of the students who went through the program, and GEARE helped them kickstart their careers in a huge way. In fact, many students ended up working permanently in the countries where they studied abroad.”

“Our own daughter studied abroad,” said Tamara. “GEARE is such a wonderful program, full of opportunities. But we saw that for some students, it can be a financial burden to get travel or housing. So if students are on the fence if they want to participate, we want to do our part to make that decision just a little easier.”

They created the Eckhard and Tamara Groll GEARE Study Abroad Fund Endowment to help those students who would benefit most from an international experience. “We’ve always been donors to Purdue, whether it be Convocations, or Athletics, or other areas,” said Tamara. “But studying abroad is particularly important to us. We were able to work with the Purdue For Life Foundation to pay over time, and still see the benefits of helping individual students study abroad.”

“We helped to create GEARE in 2003, and went to Germany for the first session with six ME students,” said Eckhard. “Now, hundreds of students have gone through the program, from many different disciplines and in many different countries. I like the fact that with this endowment, our names will represent something permanent here at Purdue. Even after we are gone, we’ve left a legacy for future Boilermakers.” 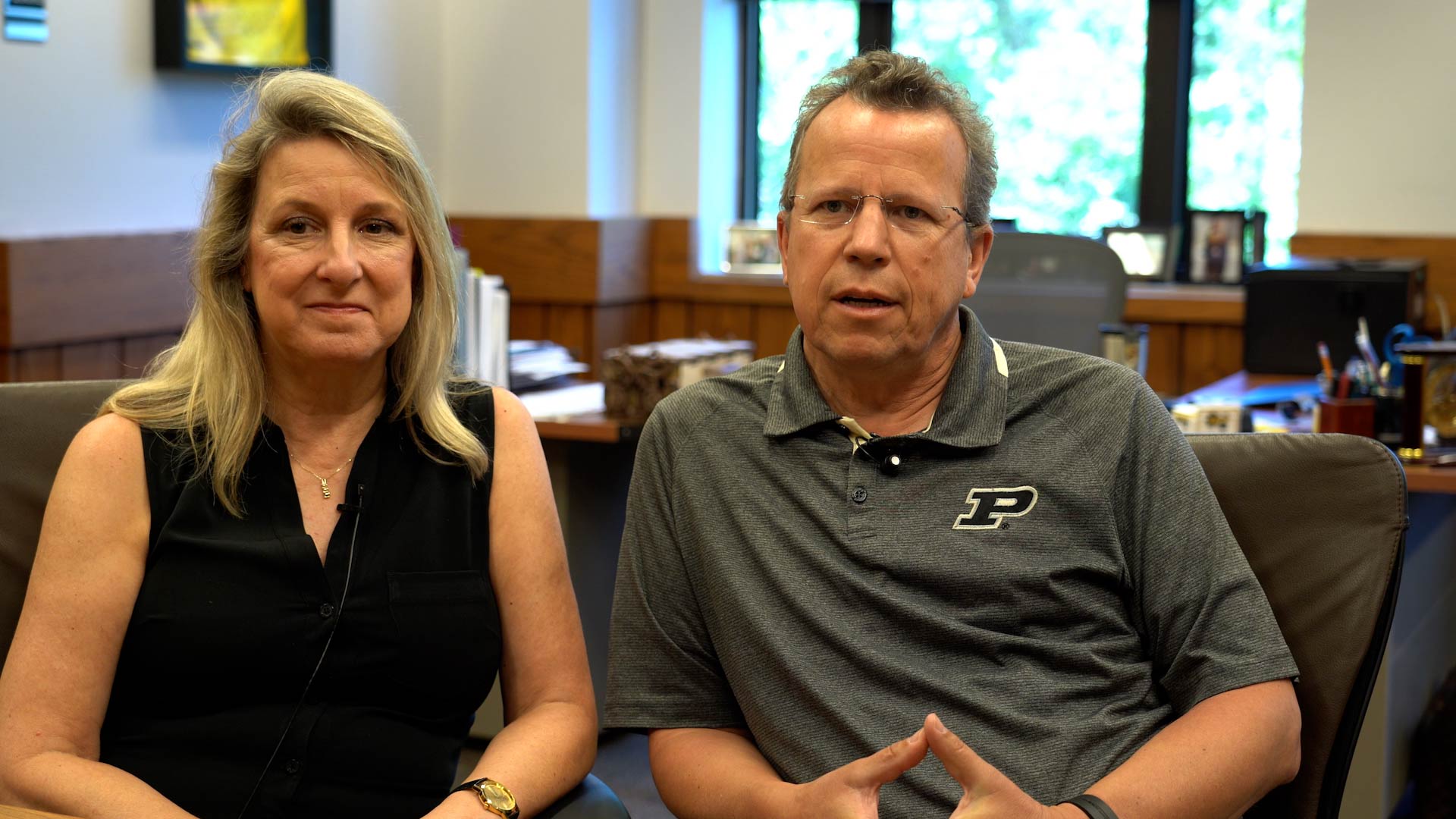 Tamara and Eckhard Groll created an endowment that makes it easier for students to study abroad.

It takes a village

For Ajay and Savita Malshe, global impact was also an important factor in their decision to create an endowment at Purdue. “We are both first generation immigrants to America, and are very thankful to have built our careers here,” said Ajay Malshe, the R. Eugene and Susie E. Goodson Distinguished Professor of Mechanical Engineering.

“We both also have a background in education,” said Savita, a retired high school math teacher. “Students have a special place in our hearts, and we want to see them succeed in their careers. That’s why we want to support mentorship for students, especially at the undergraduate level.”

“America is a country of second chances, and that’s what mentoring means to us,” said Ajay. “People who have been there can offer their experiences to students, as a guiding hand when students need it most.”

The Malshes made their transition to Purdue at one of the most challenging time in history, arriving on campus in January 2020. Living through a pandemic may have soured many people’s experiences, but for Ajay, it confirmed that his commitment to Purdue was a good investment. “It has been a difficult two years for everyone, but especially for students,” he said. “Seeing how they came through the challenges, and what they have achieved, has been amazing. Purdue invested time, money, and resources into helping them get the most out of their education, even during challenging times. It’s commendable, and we wanted to play just a small part in that.”

“They say it takes a village to raise a child,” he continued. “It takes all of Purdue to create a successful student. And we’ve seen it firsthand: faculty, staff, students, alumni. It is not just coming here for a degree and then leaving; this is a lifelong relationship.” 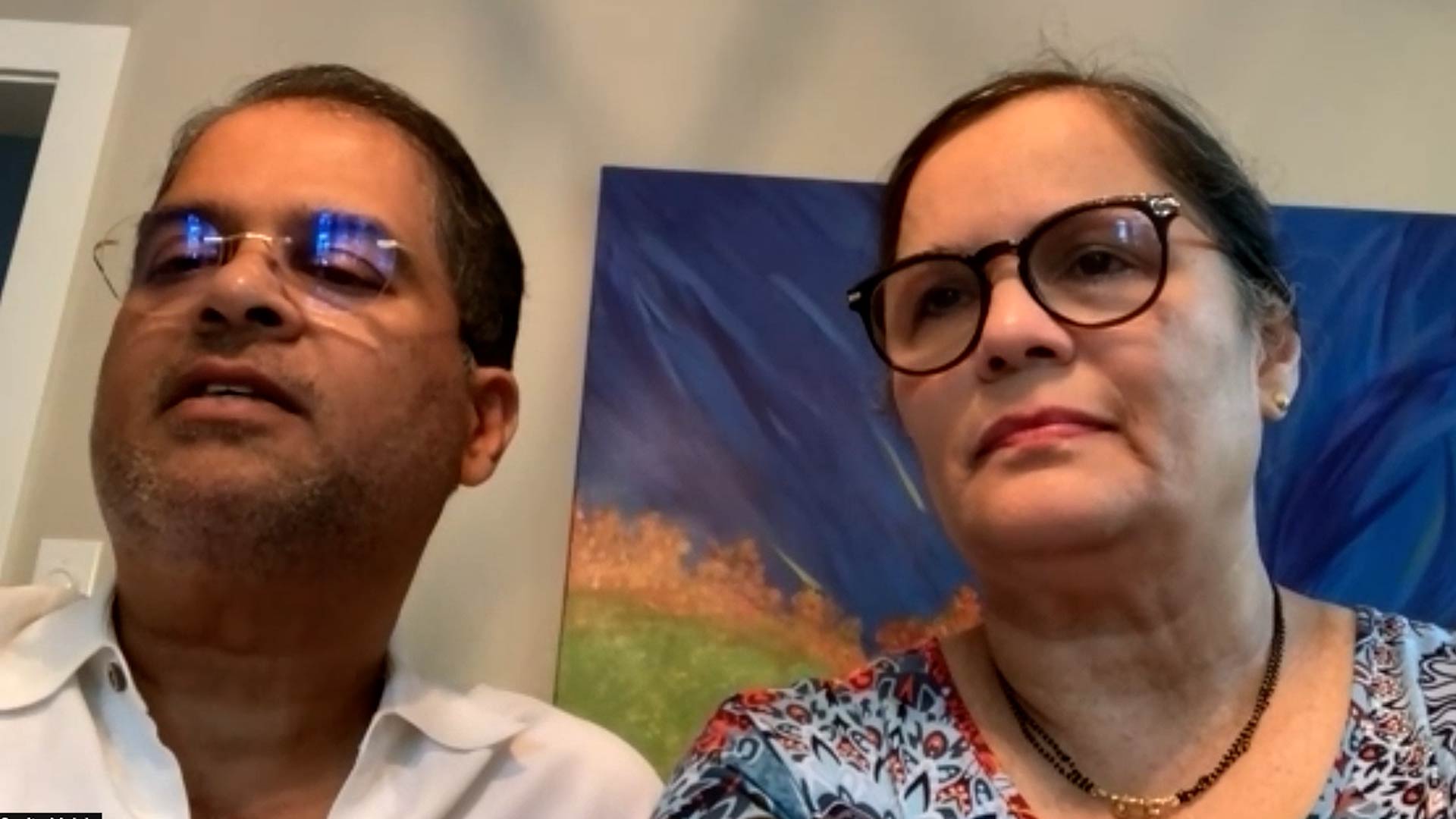 As educators, both Ajay and Savita Malshe have a heart for students, especially for creating mentoring relationships for students in need.

A heart for graduate students

That fund now exists: the Dr. Anil K. Bajaj Graduate Student Support Endowment in Mechanical Engineering. It was set up to honor Anil’s service, after he stepped down as the Head in 2019.

“During my time, I saw many examples of funding running out, which is outside the control of the students,” said Anil. “It’s tremendously stressful for them. Now they have to worry about their next meal, rather than focusing on their work or their classes. It’s great that Purdue can stand in that gap to help those graduate students.”

While Anil and his wife, Renu, have supported many causes financially, Purdue has a special place in their hearts. “I’m a proud Purdue mom,” said Renu. “I’m happy to give back to the community that helped our kids become such good citizens.”

“Purdue is the only job I have ever known for 41 years,” said Anil. “We are proud to support such a wonderful institution, and to help the students who need it.” 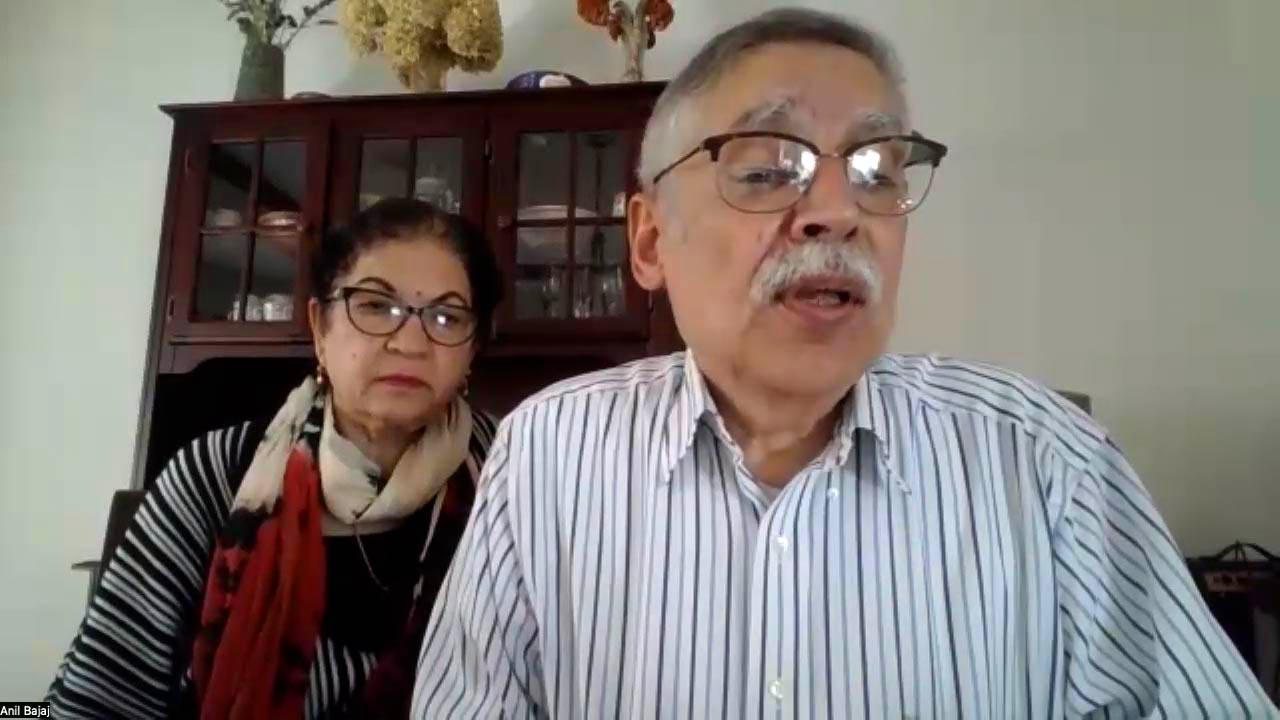 Anil Bajaj was the head of the graduate program at Purdue ME from 1997 to 2011, and so has a particular heart for helping graduate students.