Mechanical Engineering students showcased an array of motorized toys they developed as part of a computer-aided design class.

The Toy Fair served as the final project of ME444, Computer-Aided Design (otherwise known as the Toy Design class.)  Students learn concept generation, CAD design, finite element analysis, and rapid prototyping, and other skills necessary to work in industry.  But all their hands-on learning takes place with toys, and their final project involves designing and building a new action toy.  Their products are judged by industry experts, who visit Purdue every year for the Toy Fair.

The top winners from the Fall 2019 Toy Fair are: 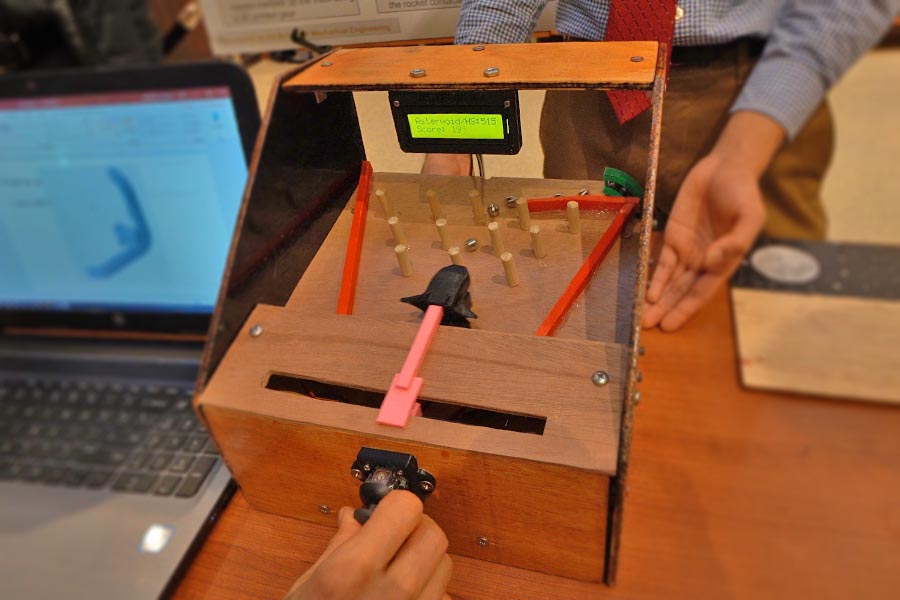 Best Innovation Award: Astervoid, Brian Araya, Michael Anthony, Pashin Raja, Nikhil Carneiro.  In this game, the user moves a rocket ship back and forth to "avoid" the "asteroids."  A marble mover ejects marbles to the top of the plywood playing field, and wooden pegs slow down and randomize the marbles. A 3D-printed rocket with an embedded limit switch tracks if the rocket contacts a marble.  Scores are calculated by how long the rocket can avoid the asteroids. 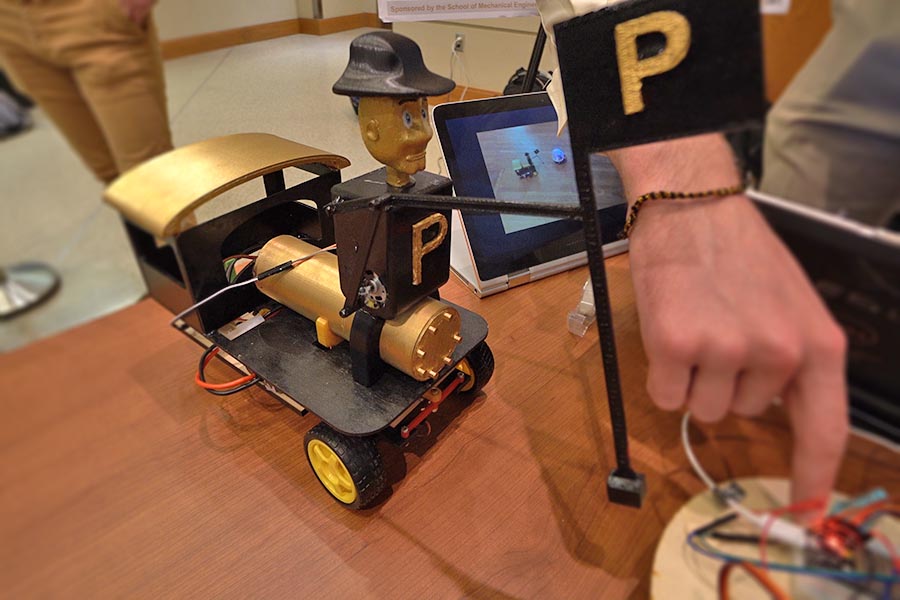 Best Engineering Award: Purdue Pete Space Chase, Adrianna Natoli, Kris Sjolund, Will Stolz.  This cat-and-mouse style game features two vehicles, each one remotely controlled by a user with their smartphone.  The goal for the Purdue Pete car is to plant his flag on the Moon, while the goal for the Moon car is to escape from Purdue Pete! 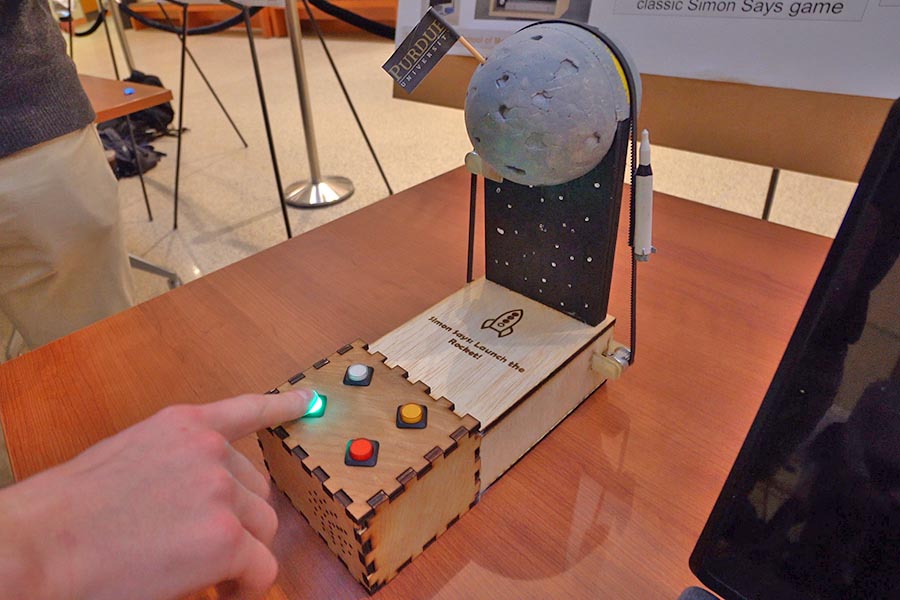 Best Market Potential Award: Simon Says Launch the Rocket!, Ryan Andrews, Shaaz Kantawala, Blake Larson and Jacob Peterson.  This "Simon Says" game consists of a series of buttons with different colored lights and musical tones.  The Arduino flashes the buttons in a random pattern, which the user must then duplicate.  Each round, another light gets added to the pattern.  If the user completes a certain number of levels, the rocket takes off! 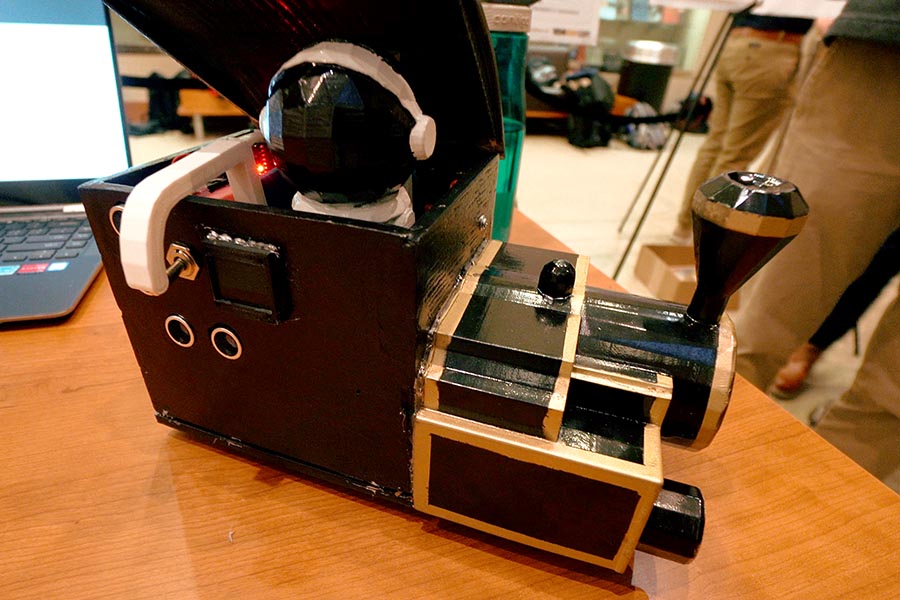 Best Engagement Award: Boilermaker Useless Box, Konrad Swiatkowski, Angad Singh, Stephen Frank, Nathaniel Schadler.  This Boilermaker Special model is inspired by the so-called "Useless Box," whose only function is to turn itself off.  The train features an LCD display which asks the user to flip a switch, and then (with ultrasonic sensors) steers the train out of the way when the user's hand gets close to the switch.  Eventually, an astronaut emerges from the train to flip the switch himself!