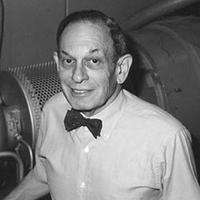 The School of Mechanical Engineering is sad to announce that Raymond Cohen, professor and former director of Herrick Labs, has passed away.

Raymond Cohen was born November 30, 1923.  Pearl Harbor was bombed during his freshman year at Purdue. He served in World War II as part of the 89th Infantry Division, which was the first to liberate a concentration camp. He got his BSME in 1947, his MSME in 1950, and his PhD in 1955, all from Purdue.  He had a distinguished academic career and received the highest honor bestowed by the governor of Indiana – the Sagamore of the Wabash award. However, Cohen didn't mention these things when asked of what career achievement he’s most proud.

The Ray W. Herrick Laboratories were founded in 1958 under the leadership of Cohen’s mentor, Professor Bill Fontaine. “He got everything started,” Cohen said. “I would have never wanted to start from scratch. When I took over, Herrick Laboratories already had a building and the beginnings of a good research program.”

Cohen did research through Herrick Laboratories in its early days. Not long after becoming a full professor in 1960, he and his graduate students solved a problem that was plaguing the refrigeration and air conditioning industry at the time – costly, catastrophic compressor valve failures caused by vibrations. Their published findings attracted international notice and put Herrick Laboratories on the map.  He eventually became director of Herrick Labs, and served in that capacity from 1972 to 1993.

Cohen made numerous other contributions to his field as well, such as publishing nearly 100 papers, starting two conferences that are still held biannually at Purdue and serving as founding editor of HVAC&R Research, a scholarly journal published by the American Society of Heating, Refrigerating and Air-Conditioning Engineers (ASHRAE).

Eckhard Groll, the current head of the School of Mechanical Engineering, worked with Ray at Herrick Labs and said: "Ray was the chair of the search committee who hired me into ME at Purdue.  He became a wonderful mentor to me and close friend until he retired to Valparaiso.  I will dearly miss him."

Jeff Rhoads, the current Director of the Ray W. Herrick Laboratories and Professor in the School of Mechanical Engineering, added: "Though I never had the chance to work side-by-side with Ray, as a junior faculty member I always enjoyed our conversations when he returned to West Lafayette for various lab events.  He had a deep understanding of, and great appreciation for, how research could positively impact the world; and frequently cited the importance of information sharing and professional relationships.  He clearly valued personal relationships too, as he and Lila kindly assisted, and maybe even insisted, on choosing the location for the second date for my future wife!”

The School of Mechanical Engineering extends its deepest sympathies to Ray’s wife Lila, herself a long-time contributor to Herrick Laboratories functions, and the entire Cohen family. 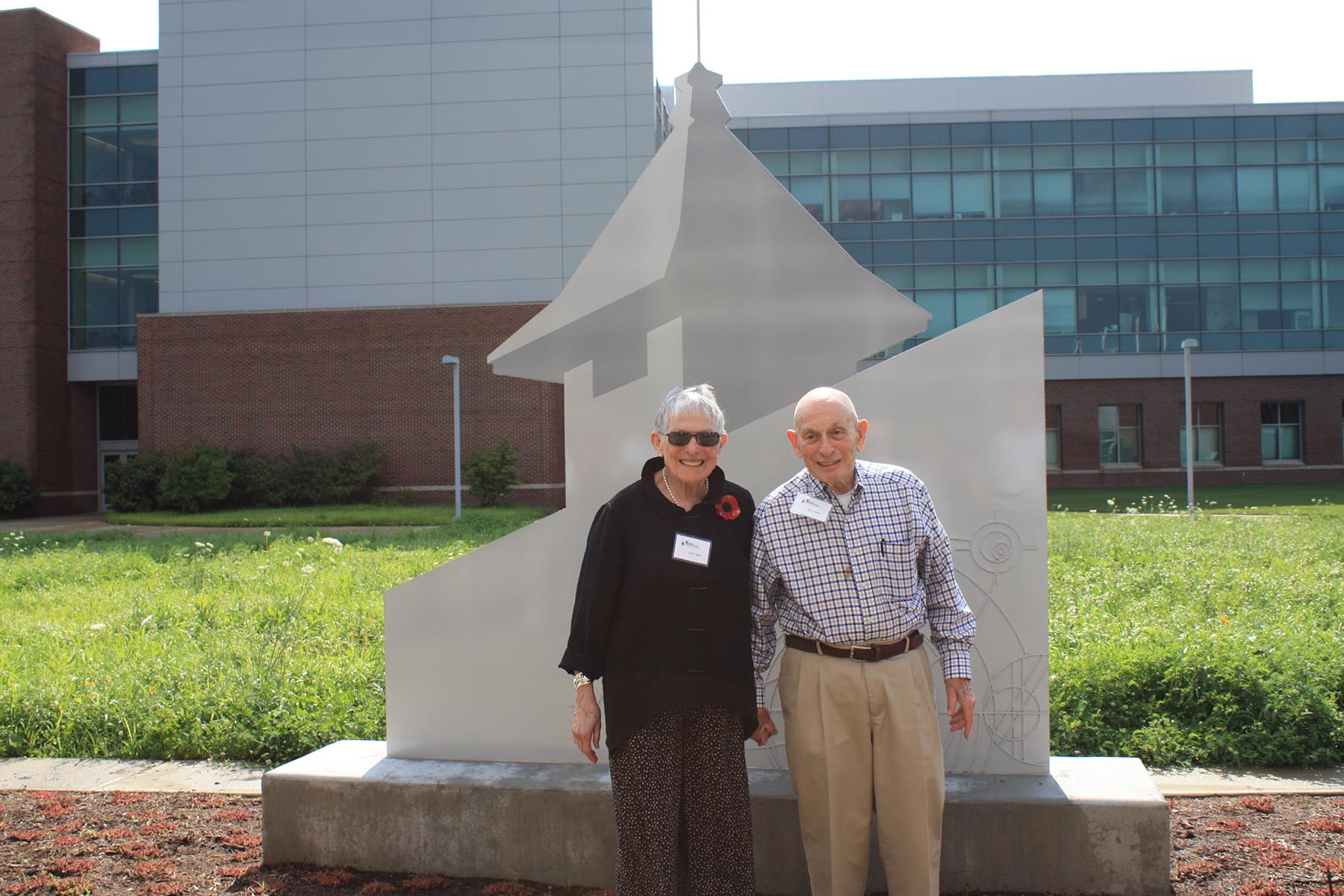 Raymond Cohen and his wife Lila stand in front of a sculpture they helped to donate to Herrick Labs in 2015.  Cohen served as the director of Herrick Labs from 1972 to 1993.

Ray gave an oral history interview to Purdue Libraries in 2008.