In times of crisis like the current COVID-19 pandemic, many vulnerable communities in Latin America don't get the aid they need, simply because of faulty or non-existent census data. Two Purdue students have set out to change that. As part of an award-winning entry in a recent hackathon, they are creating a new platform called ComuniMap.

The virtual hackathon Latin America vs. COVID-19 was an event in June 2020 sponsored by MIT.  Students around the world congregated virtually over a weekend, attempting to create novel ideas and solutions to specific aspects of the COVID-19 pandemic that are most pressing to people in Latin America.  Mario Trivella, a senior in mechanical engineering at Purdue, heard about the hackathon while working at a virtual internship with Amazon.  “I texted my friend Felix, who was also here in Miami,” said Trivella, “and told him we should really work on this together.”

“Mario and I both grew up in Caracas, Venezuela,” said Felix Fernandez, a junior in aeronautics and astronautics.  “We’ve lived in a lot of these areas where people struggle every day.  So it definitely hit close to home.”

In the opening hours of the hackathon, the two were drawn to a team that wanted to use data gathering to help produce accurate population data.  “As people with technical backgrounds, we really liked this idea,” said Fernandez.  “Once it evolved from data gathering to data creation, the idea really took off.”

Accurate census data is a particular problem in Latin America, where conducting a proper census can be expensive, impractical, or skewed by government corruption.  “Caracas, as an example, has one of the largest slums in South America,” said Trivella.  “These are makeshift homes that are put together quickly, and obviously don’t have an official address.  There may be millions of people there who don’t exist in any official record.”

“Caracas is the second most dangerous city in the world,” adds Fernandez.  “There aren’t too many people willing to go door-to-door, just to get a population count.  So official census data is expensive and ineffective.  But in our academic research, we discovered another method using population mapping through grids.”

Instead of cataloging every specific person, population mapping uses existing data to synthesize maps of where people are most likely to be living.  “We use existing data like cell phone coverage, topography, or nighttime satellite images that show artificial light,” said Fernandez. “Then we use algorithms to combine all these datasets, and produce a granular view of population density.  And it works in all areas: urban and rural, developed and undeveloped.”

“Taking this free data that already exists,” said Trivella, “we can tell these NGOs [non-governmental organizations] that these populations you’ve been trying to find, you can reach them immediately because they are here on the map.”

Fernandez and Trivella are calling their platform ComuniMap, a name they chose to show its specific pertinence to Latin America.  Judges at the MIT Hackathon chose Comunimap as the winner of one of the contest’s tracks, designed to “strengthen the supply of public and private goods and services for the most vulnerable.”  “When we saw we won, we were so excited,” said Trivella.  “But what’s more exciting is that this isn’t just theoretical.  These datasets exist right now, and we hope to put them to use to help Latin America communities affected by COVID.” 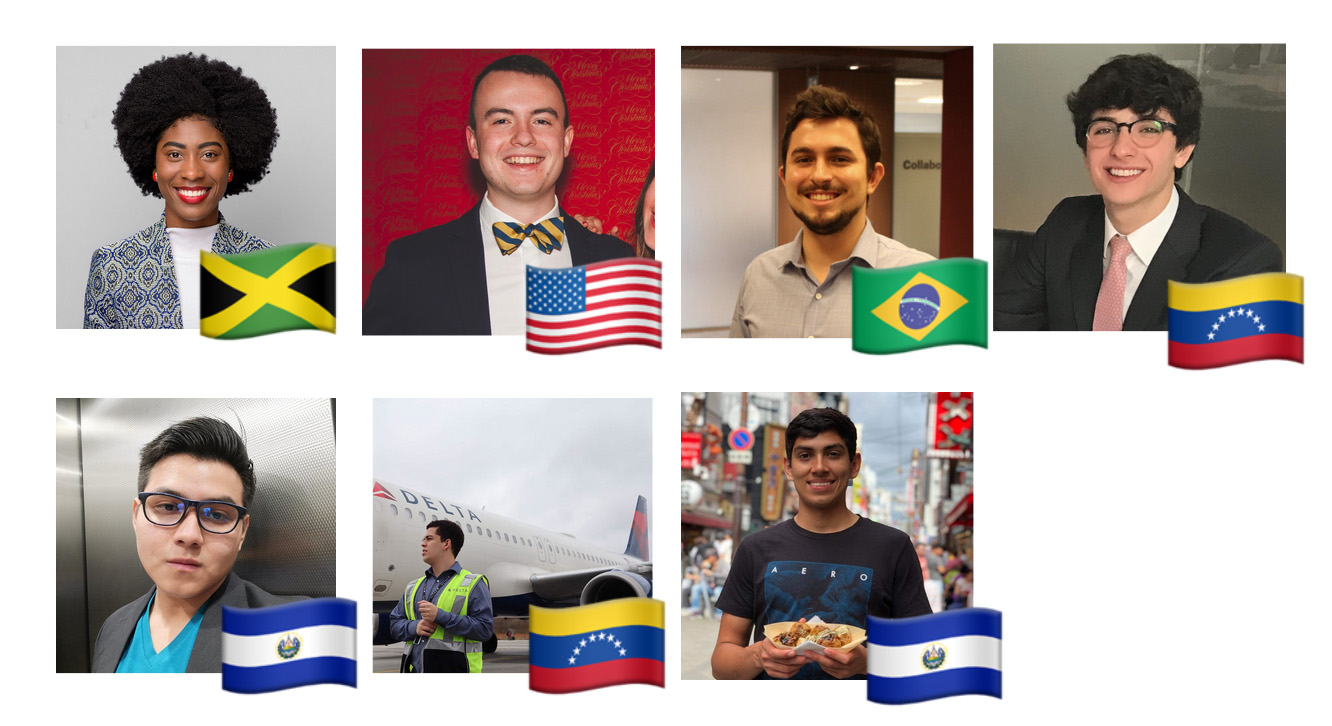 To that end, the Comunimap team is in the early stages of establishing a non-profit organization to advance their platform.  In addition to the engineering expertise of Fernandez and Trivella, their other team members from Brazil, El Salvador, Jamaica, and the United States contribute knowledge in data science, management, statistics, and grassroots mobilization.  “I never thought that something we did just to be productive for one weekend would turn into this ambitious project,” said Trivella.  “Now we’re all dreaming about what this may become, if we put in the effort.”

“Mario and I are privileged to have this education from Purdue,” said Fernandez.  “It’s given us a lot: a capability to work in teams, a passion for engineering, and a passion for solving problems.  We want to use that to help people in our country and around the world.”