Every year, the School of Mechanical Engineering at Purdue University recognizes alumni who have demonstrated excellence in industry, academia, governmental service, or other endeavors related to mechanical engineering.  Honorees have shown outstanding character and leadership and have accomplished great things.  Since 1991, 271 alumni have been honored with the prestigious Outstanding Mechanical Engineer Award.

Congratulations to all our 2017 OME recipients for showing us the best that Mechanical Engineering has to offer! 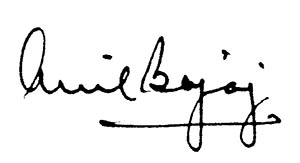 In the community, Cassandra is a Board member with the Michigan Roundtable for Diversity & Inclusion (MRDI) and a life member of the National Society of Black Engineers (NSBE).  Cassandra is a co-founder & Past Chairman for the NSBE Alumni Houston Chapter & has served on the National Board.  She currently serves on the Purdue University Athletic Advisory Council and was a regular Guest Lecturer at Marquette University in Diversity Management as well as a Board member for STEM Forward while in Milwaukee, WI.

While at Purdue, Cassandra was captain on the Women’s Basketball team. She additionally holds an MBA from Northwestern University.  Cassandra and her husband Jeff have four children.

Christoph Beckermann came to Purdue University in 1982 as a young exchange student from the University of Hannover in Germany. He was fortunate to become a member of the Herrick Labs family and researched gas-fired water heaters under Professor V. Goldschmidt.  After earning his MSME degree in 1984, he decided to stay at Purdue and work under Professor R. Viskanta on a Ph.D. in the area of heat transfer. While at Purdue, he played saxophone in a popular rock band, directed a radio program for international students on WBAA, and started a family. Since receiving his Ph.D. degree in 1987, he has been a faculty member at the University of Iowa (UI). He was awarded a UI Foundation Distinguished Professorship in 2000 and chaired the College of Engineering Faculty Council in 2006-07.

Professor Beckermann’s research interests are in the area of heat and mass transfer in materials processing with application in metal casting. He has supervised approximately 60 graduate students, post-doctoral associates and research engineers. His more than 300 refereed research articles have been cited about 12,000 times in the literature. He has given 12 international conference plenary or keynote lectures, organized numerous symposia and specialty conferences, and served on the editorial board of multiple journals, including the Journal of Heat Transfer.

Professor Beckermann’s awards include a 1989 National Science Foundation Presidential Young Investigator Award, the 1996 Marcus A. Grossmann Young Author Award from ASM International, the 2002 Exceptional Service Award from the UI College of Engineering, the 2009 Sir Humphrey Davy Scientific Merit Award from the American Foundry Society (AFS), the 2009 Thomas E. Barlow Award of Honor from the Steel Founders Society of America (SFSA), the 2010 Bruce Chalmers Award from The Minerals, Metals and Materials Society (TMS), the 2011 Faculty Excellence Award for Research from the UI College of Engineering, and the 2017 Heat Transfer Memorial Award from the American Society of Mechanical Engineers (ASME). He is a Fellow of ASME and a Life Member of TMS.

A veteran of the automotive industry for more than 20 years, Phil Eyler is now President and CEO of Gentherm, a global developer and marketer of innovative thermal management technologies for a broad range of heating and cooling and temperature control applications.  These include climate control seats, heated automotive interiors (steering wheels, armrests, and other components), battery thermal management, and non-automotive applications such as heated and cooled furniture, patient temperature management systems, and industrial environmental test chambers.

Phil began his career at Siemens in the electromechanical components division.  He earned a BSME from Purdue, and an MBA from the Fuqua School of Business at Duke University.

Dr. James (Jim) Heidmann manages NASA’s Advanced Air Transport Technology (AATT) Project.  In this capacity, he is responsible for leading research and development for the broad range of subsonic fixed wing vehicle and propulsion system technologies across the 4 NASA Aeronautics Centers – Ames, Armstrong, Glenn & Langley.  He has worked at NASA Glenn Research Center since 1988, after receiving his Master of Science Degree at Purdue in Mechanical Engineering.  At Purdue, Dr. Heidmann worked with Professors Incropera and Ramadhyani to improve understanding of heat transfer characteristics of pin fin arrays used for electronic cooling, turbine internal cooling, and other applications.

Prior to managing AATT, Dr. Heidmann managed NASA’s Aeronautical Sciences and Transformational Tools & Technologies Projects, leading development of NASA Aeronautics fundamental tools and technologies, and also served as Chief of the Turbomachinery and Heat Transfer Branch.  In addition to these management roles, Dr. Heidmann spent 20 years as an Aerospace Research Engineer, publishing over 20 papers and journal articles in the area of turbomachinery aerodynamics and heat transfer.  He was elected Fellow of the American Society of Mechanical Engineers (ASME) in 2007 and Associate Fellow of the American Institute of Aeronautics and Astronautics (AIAA) in 2015.  Dr. Heidmann received a Bachelor of Science in Mechanical Engineering from the University of Toledo in 1986, Master of Science in Mechanical Engineering from Purdue University in 1988, and Doctorate in Mechanical and Aerospace Engineering from Case Western Reserve University in 1997.

Ken Morris was named General Motors Vice President of Global Product Integrity in April 2014.  In this newly created role, Morris leads engineering at a vehicle level including performance, safety, supplier quality, systems engineering, validation, connected ecosystems integration, accessories, performance variants and parts, user experience and cybersecurity. His role is to integrate all the different systems and parts in the car to provide the customer a great experience.  Previously, he was Executive Director for Global Chassis Engineering with responsibility for the design and execution of fuel systems, suspensions, steering, brakes, tires and wheels as well as powertrain interface systems for all GM vehicles.

Morris also served as Executive Director for Global Vehicle Performance of the Proving Grounds and Test Labs from 2006-2013. In this position, he led the teams that execute the crash performance, ride, handling, aerodynamics, fuel economy, noise, and vibration for GM. He also managed the GM Proving Grounds and testing facilities in the U.S., Korea, Germany, Brazil, Australia, China, and India.

Morris began his General Motors career in 1989 as a brake systems engineer and has held multiple engineering positions over the years.  He was the Lead Development Engineer for the original CTS which marked Cadillac’s return to rear-wheel-drive vehicles.  During this time, he pioneered GM North America’s usage of the famed Nürburgring in Germany for vehicle development.  Morris has held GM’s highest driving certification since 1998 and has accumulated more than 1800 laps on the Nürburgring Nordschleife while leading the dynamic development of GM’s vehicles.

A native of Indiana, Morris graduated from Purdue University in 1989 with a Bachelor of Science in Mechanical Engineering.  He and his wife have two children.

Dr. Lalit Pande received his Bachelor of Technology degree in Mechanical Engineering from IIT Delhi in 1970. He subsequently received his Master’s degree from MIT, Cambridge in 1972 and Ph.D. from Purdue University in 1982.  He is presently the Director of Uttarakhand Seva Nidhi Paryavaran Shiksha Sansthan (USNPSS), or the Uttarakhand Environmental Education Center.

After working at Herrick Labs to complete his Ph.D., he made an attempt to answer his own questions about life. He eventually decided to go and live in the mountainous northern town of Almora in 1984, his ancestral home, where he had never lived before in his life.  This was the beginning of a new chapter - “an alternative path”. There was no clarity about what exactly this would be. In time, this resulted in developing and introducing an environmental education programme in the school curriculum, preschool education in villages, rural libraries and evening centres, women’s groups and gender issues, practical activities like water and sanitation, plant nurseries and afforestation programmes, agriculture and climate change.

Dr. Lalit Pande, living and working in Almora and the hills of Uttarakhand, with a network of community based organizations and individuals in about 500 villages, led to insights into ideas of development, environmental and social issues and community learning. Simply put, he provided a platform for ordinary people to identify their concerns, develop and implement their own solutions, thereby becoming confident in their own abilities.

Dr. Lalit Pande has been awarded Padma Shri by the President of India in 2007 in recognition of the work being done at the grass roots level in a remote part of the country. He is also a mentor for various NGOs.

Kate Kustermann Rivera has over 25 years of consulting, management, and engineering experience in the US and Europe.  She is currently the Chief of Staff to the Chief Talent Officer of Deloitte Consulting’s Technology practice.  In this role, she defines and implements key practice-wide initiatives, including driving the strategic priority of Tech Fluency, for over 24,000 technologists in the US, India, and Mexico.

With Deloitte Consulting for over 13 years, Kate began in the Chicago office as a Senior Manager in Technology Integration, helping public sector clients redesign their business processes and implement complex technology systems.  She then led strategic initiatives in eminence, brand/reputation, and consulting positioning for the US Chief Strategy Officer.  She also worked in the Paris office for four years, conducting quality/risk reviews of European member firms and driving growth in the EMEA Public Sector region.

Prior to Deloitte, Kate served as the Deputy Chief Information Officer for the City of Chicago, reengineering the city’s $1 billion procurement process and leading the city’s $20 million Oracle financials/purchasing system implementation.  She also worked for Motorola as Manager of Strategic Marketing, was a Senior Associate in management consulting at CSC Index, and began her career as a Product Development Engineer for Procter & Gamble.

She graduated magna cum laude from Purdue in 1990, where she was awarded Outstanding Senior in the Schools of Engineering, and delivered the engineering commencement speech.  While at Purdue, Kate was president of the Purdue Engineering Student Council, president of the Purdue Symphony Orchestra, a GM Scholar, and member of Mortar Board, Iron Key, and Tau Beta Pi.  She earned her MBA at the Kellogg School of Management at Northwestern University in 1994.  She is a Deloitte Ellen Gabriel Fellow, Project Management Professional (PMP), and currently serves on the Purdue Engineering Advisory Council to Dean Mung Chiang.  Kate and her husband José have two children.