Two Purdue ME professors have been recognized by Purdue University's Office of the Provost as University Faculty Scholars for 2020.

The University Faculty Scholars Program recognizes outstanding mid-career faculty who are on an accelerated path for academic distinction. Faculty must hold the rank of tenured associate or full professor and have been in that rank for no more than five years. Faculty Scholars are appointed for a five-year term and receive an annual $10,000 discretionary allocation. 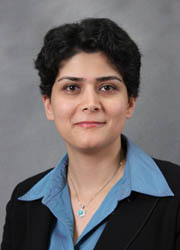 Arezoo Ardekani was recently promoted to full professor of mechanical engineering, and also named a fellow of the American Society of Mechanical Engineers (ASME).  At her Complex Flow Lab, she and her team explore complex fluid mechanics at the microscale, including soft and active matter, biological flows and transport of particles and cells. Her work benefits biomedical, environmental, manufacturing, and energy applications. She recently received a Graduate Student Mentorship Award, for her work with grad student Adib Ahmadzadegan to discover why microbes are drawn to oil spills like Deepwater Horizon when surfactant is applied. 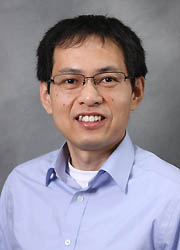 Song Zhang is a professor of mechanical engineering, and also Assistant Head for Experiential Learning.  At his XYZT Lab, he and his research team explore optics, specifically how to capture and transmit real-time 3D imagery.  He has demonstrated a 3D imaging system which sends live 3D imaging over standard cellphone networks. His 3D forensic capture system, which digitally captures shoeprints and tire tracks for later analysis by forensic scientists, has been highlighted by the National Institute of Justice.