Werner Soedel, who served as a professor of mechanical engineering at Purdue for 41 years, has passed away. 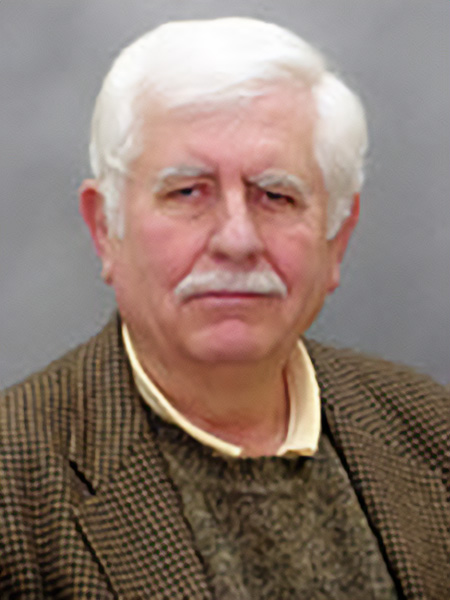 Werner Soedel was born in 1936 in Prague, Czechoslovakia, to Hermann Soedel and Gertrud Fritsche Soedel who were members of the Sudeten German ethnic group (German nationals who used to be part of Austria before World War I). In 1945, close to his 9th birthday, Werner and his brother got caught up in the upheaval at the end of World War II and lost many of their family members. After several months in Communist run prison camps, where he and his brother worked as agricultural child laborers in the fields, and a yearlong interlude in the village of Gottesgabe in East Germany (Mecklenburg), Werner found himself in 1946 with his brother, father and paternal grandmother Ernestine in the village of Dattenhausen, Bavaria. During summer vacations, he and his brother were allowed to work as cow herders in the meadows of the moor by the village.

In 1963, Werner and his family returned to the United States. His wife Ann worked as a Physical Therapist at Purdue University to support her husband through Graduate School. Werner received his Master of Science of Mechanical Engineering (MSME) degree in 1965 and his Doctor of Philosophy (Ph.D.) degree in 1967, both from Purdue. He worked at Herrick Labs, and later attributed his success to his academic advisor at the time, Ray Cohen.

Dr. Soedel's interests in teaching and research were in Mechanics, particularly the vibrations of solids, liquids and gases. This included structural vibrations and acoustics. He also did research on the mathematical modeling and computer simulation of machinery dynamics. He was also very interested in the history of Mechanics. Dr. Soedel was author or co-author of 234 publications in scientific journals and conference proceedings. He published a book on the vibrations of shell and plate structures in three editions; the last edition appeared in 2004 and had grown to more than 500 pages. In 2007 he published a book on sound and vibration of positive displacement compressors. In addition he authored five short course texts and one encyclopedia article. He was the editor of twenty two volumes of conference proceedings. Dr. Soedel was active in continuing education. He organized and taught short courses in the area of his expertise. He was a part time consultant to over fifty national and international industrial companies. He was a member of the American Society of Mechanical Engineers, the Acoustical Society of America, the Society of Experimental Stress Analysis, the American Academy of Mechanics, and the American Society of Engineering Education. He was also a member of the honorary societies of Sigma Xi, Pi Tau Sigma and Tau Beta Pi.

He received the Purdue Mechanical Engineering Solberg Teaching Award twice, in 1972 and 1976. He also received the Ruth and Joel Spira Award in 1978. In 1986, he was given the National Ralph Coates Roe Award for Teaching and Research by the American Society of Engineering Education. He was a Fellow of the American Society of Mechanical Engineers. He was cited in American Men of Science, the International Scholars Directory and other biographical works. Dr. Soedel served on the Editorial Board of the Journal of Sound and Vibration, published in England, and was the American Editor of this journal from 1989 until 2008, the year of his retirement from Purdue University. He was named an Outstanding Mechanical Engineer by Purdue in 2013.