Prof. Carlo Scalo, a fluid mechanics researcher specializing in hypersonics, has received a grant from the Office of Naval Research (ONR) as part of their Young Investigator Program (YIP) to perform computational modeling of fully turbulent hypersonic boundary layers.

One of the focuses of Scalo's team is hypersonics, or vehicles traveling faster than Mach 6.  They create computer simulations of the aerodynamics of these potential vehicles. There is great interest in these aerodynamics, particularly from the defense sector; Scalo's team has also received a YIP award from the Air Force Office of Scientific Research (AFOSR) in hypersonic boundary layer transition and from the Army Research Office (ARO) in turbulence modeling of vortical flows. Scalo is also the chair of the NATO AVT-352 task force in Hypersonic Turbulence. 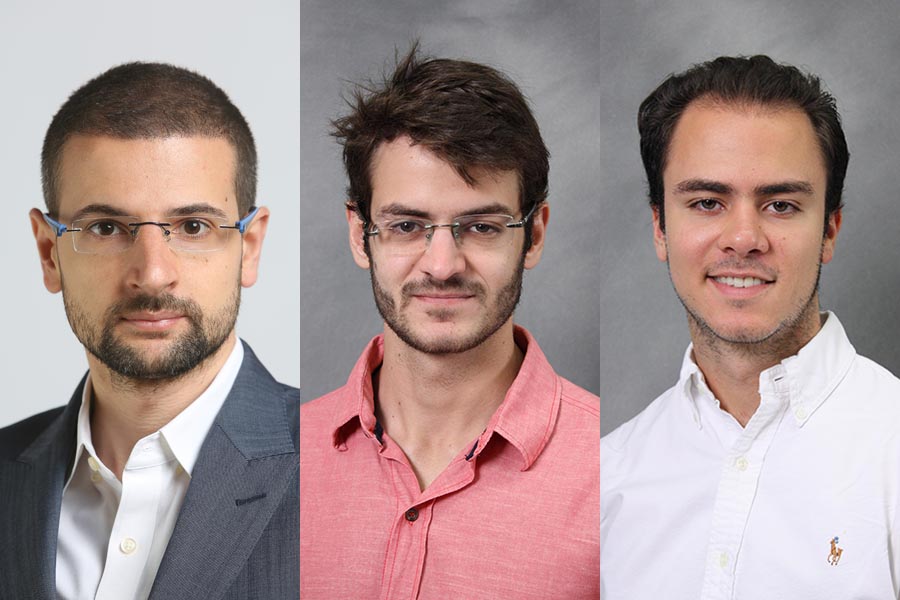 Scalo’s efforts in hypersonics started in 2016 when Victor Sousa joined his group as an undergraduate summer intern. "Back then, we only had a small AFOSR grant that could support less than a full time PhD student, a computational code that was not ready to simulate hypersonic flows, and a big vision to make it in this field,” said Scalo. “It was only because of Victor’s seminal efforts in developing the necessary computational tools that we are where we are now. Victor ultimately joined my lab as a direct-PhD student in Aug 2017 and was shortly after able to publish an invited paper in the Journal of Spacecraft and Rockets (https://arc.aiaa.org/doi/10.2514/1.A34294). Victor’s work, which has significantly advanced since his first publication, is at the core of the AFOSR-YIP award in hypersonic transition."

Scalo continued, "Emmanuel Gil Torres, who started his PhD in Aug. 2018, has now the very tough responsibility to extend this work to the fully turbulent hypersonic regime, which entails a lot of computational and modeling issues, especially when trying to match experimentally relevant flow conditions. I am extremely proud of my group and I am well aware that what is asked of them may exceed normal expectations, but our efforts and vision are paying off.”

You can learn more about Carlo Scalo's work at his lab website, the Compressible Flow and Acoustics Lab.