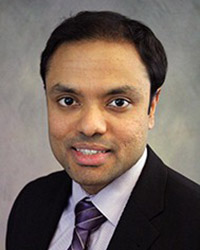 Shreyas Sundaram received his M.S. and Ph.D. in Electrical Engineering from the University of Illinois at Urbana-Champaign in 2005 and 2009, respectively.

Dr. Sundaram's research has made fundamental contributions to the areas of network science, large-scale dynamical systems, fault-tolerant and secure control, linear system and estimation theory, and the application of algebraic graph theory to system analysis.