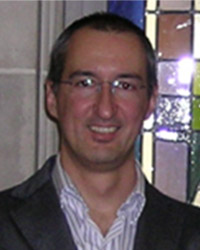 Prior to attending Penn State, Dr. Semperlotti served (2000-2006) as structural engineer for a few European aerospace industries, including the French Space Agency (CNES). After graduating from Penn State, he worked as a postdoctoral associate at the Penn State Vertical Lift Research Center of Excellence (VLRCOE) and, later on, in the Mechanical Engineering department at the University of Michigan conducting research in Adaptive Structures and Structural Health Monitoring. Dr. Semperlotti joined the Aerospace and Mechanical Engineering Department at Notre Dame in 2011 as an Assistant Professor. He was recently awarded the National Science Foundation CAREER award (2015) for his research on Structural Health Monitoring and the Air Force Office of Scientific Research Young Investigator Program (YIP) (2015) for his research on acoustic metamaterials.