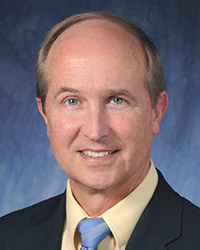 Professor Miller comes to Purdue from Argonne National Laboratory where he was a senior scientist and group leader of the heterogeneous catalysis group. From 1998 to 2008, Professor Miller was at BP Chemicals Company working as team leader for the Aromatic Technology Department and the Para-Xylene Business Unit. Prior to that he spent 17 years with AMOCO Oil Company as a team leader in the Residual Oil Process Division, the Fluid Catalytic Cracking Process Division and the Naphtha Reforming Process Division. He also worked in the Hydrotreating Process and Synthetic Fuels Divisions at AMOCO.