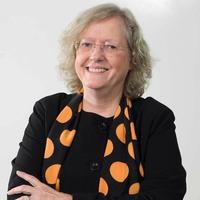 Purdue Engineering’s Leah Jamieson will receive the Institute of Electrical and Electronics Engineers’ (IEEE) James H. Mulligan Jr. Education Medal, which is the highest honor bestowed by the group for achievement in education.

The IEEE James H. Mulligan, Jr. Education Medal (formerly the IEEE Education Medal) was established in 1956 by the American Institute of Electrical and Electronics Engineers, and continued by the Board of Directors of IEEE. By giving this Medal, IEEE recognizes the importance of the educator's contributions to the vitality, imagination, and leadership of the members of the engineering profession. The Medal is sponsored by MathWorks, Pearson, and the IEEE Life Members Fund.

"This recognition has meaning for me both because of my decades-long connection with IEEE and the role that education has played in my life," said Jamieson. "I was a first-generation college student. I deeply believe that education is one of the most powerful sustainable agents for change. It is a wonderful honor to be recognized for having an impact on engineering education, on diversity and inclusion in engineering, and on contributing to the understanding that engineering is about making difference in the world."

The award recognizes the international impact of Jamieson’s leadership in:

“From co-founding the service learning program, Engineering Projects in Community Service, to serving as President and CEO of IEEE, to leading Purdue’s College of Engineering during a period of major growth, Leah Jamieson has had a profound impact on the engineering profession,” said Mark Lundstrom, Acting Dean of Purdue Engineering and the Don and Carol Scifres Distinguished Professor of Electrical and Computer Engineering.

Jamieson joined the Purdue faculty in 1976 and was selected as the John A. Edwardson Dean of Engineering in August 2006, a position she held until June 2017. In 2018, Purdue University's Women In Engineering Program directorship was named the Leah H. Jamieson Director of the Women in Engineering Program in her honor.

Her work has involved engineering education, engineering and society, public understanding of engineering, and speech processing and parallel algorithms.

A selected list of Jamieson's other notable awards and accomplishments includes:

IEEE is the world’s largest technical professional organization dedicated to advancing technology for the benefit of humanity.