Tom I-P. Shih to be new head of Aeronautics and Astronautics 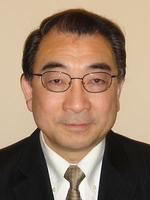 Tom I-P. Shih, currently Professor and Chair, Department of Aerospace Engineering at Iowa State University, has accepted Purdue's offer to become the next head of the School of Aeronautics and Astronautics.

Effective August 17, 2009, Dr. Shih will succeed Kathleen Howell, who has been serving as interim head of Aero and Astro.

Tom Shih is currently professor and chairperson of the Department of Aerospace Engineering at Iowa State University, a position that he has held since 2003. Prior to joining ISU, he was a professor at Michigan State University from 1998 to 2003, at Carnegie Mellon University from 1988 to 1998, and at the University of Florida from 1983 to 1988. He was a mechanical engineer at NASA – Lewis (now Glenn) Research Center from 1981 to 1982. Shih received his B.S.E. from National Cheng Kung University in 1976, and his M.S.E. and Ph.D. from the University of Michigan at Ann Arbor in 1977 and 1981, respectively – all in mechanical engineering. Shih is a Fellow of the American Society of Mechanical Engineers (ASME) and an Associate Fellow of American Institute of Aeronautics and Astronautics (AIAA).

Shih has served as chair of AIAA’s Committee on Standards for CFD (2003-05), chair of the Aerospace Department Chair Association (2005-06), a member of NASA’s Council of Deans (2005), chair of the Universities Space Research Association’s nominating committee (2008-09), and associate editor of AIAA’s Journal of Propulsion and Power (2001-2006). Currently he is the Section Editor on Air-Breathing Propulsion for Wiley-Blackwell’s Encyclopedia on Aerospace Engineering and serves on the editorial boards of several journals, including the International Journal of Atomization and Sprays and Acta Sinica Mechanica.

Shih’s research centers on computational fluid dynamics (CFD) – both in developing and improving it as a tool and in using it to study physical problems. He and his students have developed a number of algorithms and codes for studying reacting and non-reacting, compressible and incompressible flows. Algorithms and codes have also been developed for automatic/knowledge-based grid generation and estimating errors in CFD solutions. In using CFD, Shih and his students have studied a wide range of problems in energy, power, and propulsion systems. In these endeavors, Shih has authored and co-authored more than 200 technical papers in journals and conferences; presented over 150 invited seminars, lectures, and workshops; and served as PI or Co-PI for research with grants exceeding US$15 million.