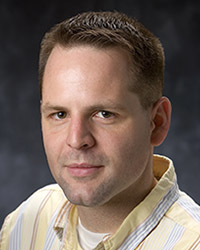 Jeffrey D. Varner received degrees from Purdue including a B.S. in 1992 and a Ph.D. in 1997 from the School of Chemical Engineering.

Dr. Varner’s research focuses on technologies for the analysis and design of metabolic and signaling pathways in simple and complex cells. He combines molecular biology and mathematical modeling to optimize existing metabolic pathways and to develop new pathways for the production of industrially important small molecules and protein products. Professor Varner is interested in complex signaling networks, which operate inside human cells, and he is interested in the biochemistry of blood, particularly in blood coagulation to complement the initial line of defense against hemorrhage and infection, as well.