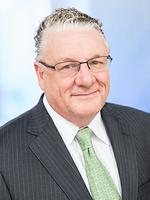 The National Weather Service has made operational a National Water Model that forecasts water flow in streams and rivers like weather – in real-time and local scale throughout the continental United States.  The model is managed from a new National Water Center located in Tuscaloosa, Alabama, where a Summer Institute is held each year for graduate students to participate in research projects to improve its performance.  Beginning in 2014, Dr Maidment led the engagement of the US academic community in the development of the National Water Model. In 2017, he participated in the flood emergency response to Hurricane Harvey in Texas, which for a 5-day duration was the largest storm ever to have occurred in the history of the United States. The seminar will reflect on these experiences and assess what they mean for the future of water science and management.

David R. Maidment is the Hussein M. Alharthy Centennial Professor of Civil Engineering at the University of Texas at Austin, where he has been on the faculty since 1981.  In 2016 he was elected to the National Academy of Engineering for the application of geographic information systems to hydrologic processes.  The American Water Resources Association has established a David R. Maidment Award for Water Resources Data and Information Systems, awarded annually for outstanding accomplishments in that field.