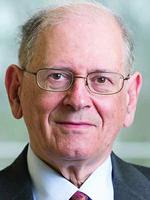 A Conceptual Basis for Managing Information in the Internet: its Implementation and Adoption

The Digital Object (DO) Architecture grew out of work done at CNRI on mobile programs in the 1980s, and represents a logical extension of the Internet that lowers the barriers to managing digital information. A DARPA-supported effort to digitize, archive and make accessible computer science technical reports from several leading universities in the early 1990s demonstrated the potential and reach of the DO Architecture and enabled reference implementations of its components. This project pioneered the work in digital libraries in the United States and is of direct relevance to information management for institutions of all kinds. In addition to digital libraries and dissemination of digital information more generally, the DO Architecture has also been discussed in the context of the Internet of Things, Smart Cities, supply chain management and, most recently, as a basis for managing blockchains. The architecture and its background will be reviewed briefly along with the progress achieved in applying it to many pressing information management problems today.

Robert E. Kahn is the CEO of Corporation for National Research Initiatives (CNRI), which he founded in 1986. He received a B.E.E. from the City College of New York in 1960, and M.A. and Ph.D. degrees from Princeton University in 1962 and 1964 respectively. He worked on the Technical Staff at Bell Laboratories and then became an Assistant Professor of Electrical Engineering at MIT. In 1966, he took a leave of absence from MIT to join Bolt Beranek & Newman (BBN), where he was responsible for the system design of ARPANET, the pioneering packet switched computer network. In 1972, he moved to DARPA and subsequently became Director of DARPA's Information Processing Techniques Office (IPTO). While Director of IPTO, among other things, he initiated Strategic Computing Program, the largest computer research and development program that had ever undertaken by the federal government to that point. Dr. Kahn conceived the idea of open-architecture networking. He is a co-inventor of the TCP/IP protocols and was responsible for originating DARPA's Internet Program. More recently, he has been involved in the development and deployment of the Digital Object Architecture, an open architecture for managing information in the Internet. Dr. Kahn has numerous publications and has received many honorary degrees and fellowships. Among his many awards, he is a recipient of the 1997 National Medal of Technology, the 2001 Charles Stark Draper Prize from the National Academy of Engineering, the 2002 Prince of Asturias Award, and the 2004 A. M. Turing Award from the Association for Computing Machinery, the 2004 Presidential Medal of Freedom. He was the recipient of the Japan Prize in 2008 and was one of the inaugural winners of the Queen Elizabeth Prize for Engineering in 2013. He is a member of the National Academy of Engineering and the National Academy of Sciences.