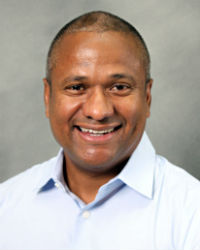 Dr. Castillo has published over 100 publications, edited several books on renewable energy and co-authored several patents (e.g., energy, health care, etc.). Some of his awards include: Fellow ASME, the NASA Faculty Fellowship, the Martin Luther King Faculty Award, the Robert T. Knapp Award on complex flows from the ASME, the Best Paper Award from the Journal of Renewable Energy, the Best Paper Award from IEEE for his innovative approaches on engineering education (by bringing active learning, design and innovation in the classroom), and the Rensselaer Faculty Award (twice). He is passionate about inclusiveness and mentoring students and young faculty, and founded and organized two summer research institutes on renewable energy & medicine, which included students, faculty and K-12 teachers. For his contributions and impacts on inclusiveness he received in 2016 the McDonald Mentoring Award from ASME, and was nominated for a Presidential Award given by the President of the USA.

His areas of research interest include: turbulence, renewable energy and bioengineering. He is the founder of Med-Vi, LLC a startup focus on predictive and preventive medicine.