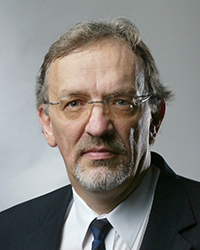 Dr. Jan-Anders Mansson received his PhD in 1981 in Polymeric Materials and his MS in 1977 in Mechanical Engineering, both from Chalmers University of Technology in Gothenburg Sweden.

Since 1990 he has been a Professor and the Laboratory Director at École Polytechnique Fédérale de Lausanne in Switzerland. In 2008 he became the President of International Academy of Sports Science and Technology, an International Olympic Committee. After his graduation he held positions as professor at the University of Washington, Seattle and at KTH in Stockholm Sweden. He also served as Director and Vice President at École Polytechnique Fédérale de Lousanne.

Dr. Mansson’s research is focused on novel cost-effective materials and manufacturing methods as well as unique additional functionalities, beyond the classical performance characteristics of composite materials. This research has led to over 600 scientific publications and a number of patents and patent applications.