The U.S. Food and Drug Administration has announced that technology discovered at Purdue University that could help government agencies and the food industry detect salmonella more quickly has won the grand prize in the 2014 FDA Food Safety Challenge. 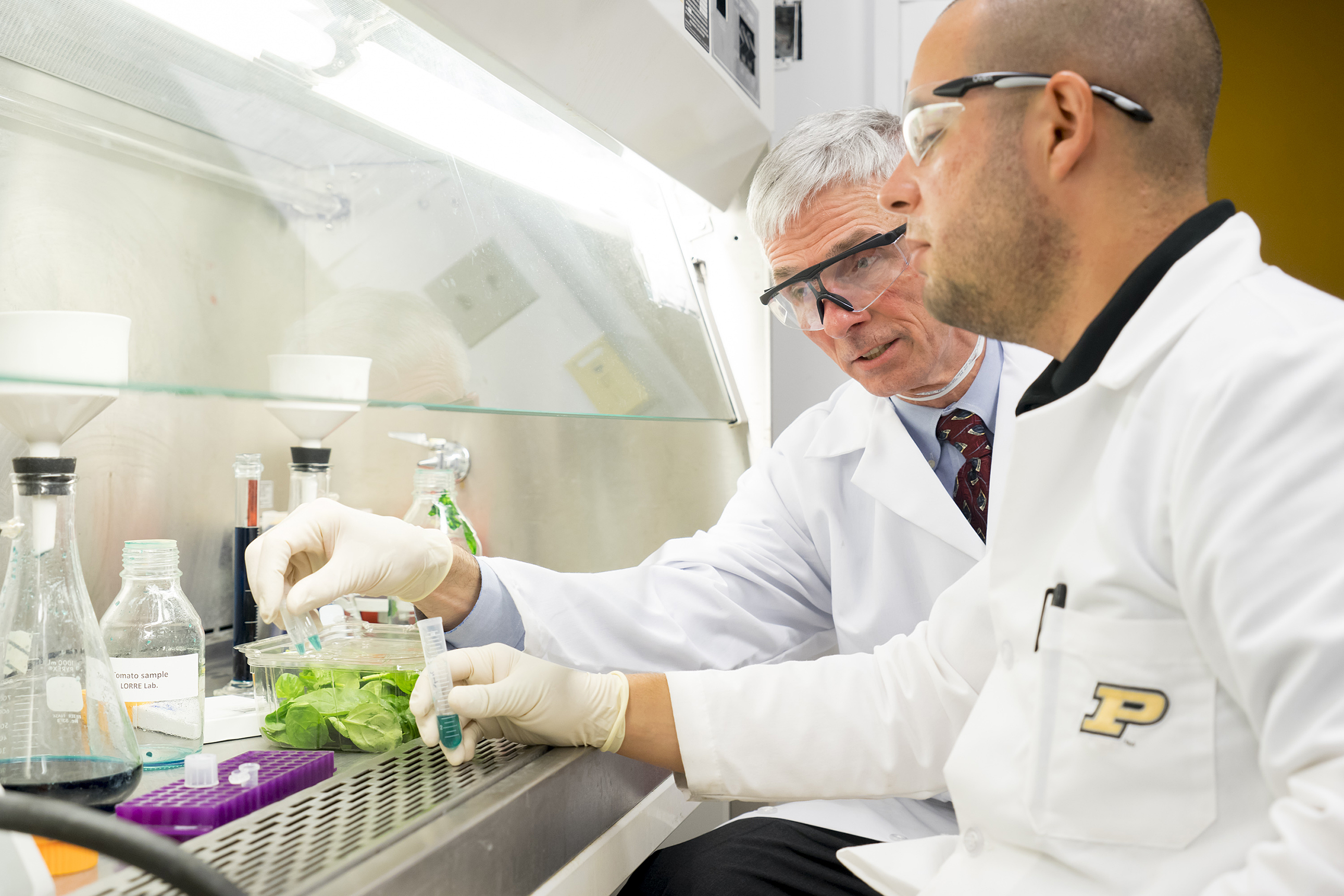 Ladisch said the detection of food pathogens, or microorganisms that cause food-based illness, in the United States is excellent. He said the FDA, the U.S. Department of Agriculture and the food industry are able to detect pathogens, identify them and their sources.

"The challenge they now face is being able to test more samples more quickly, so that the time between when a food pathogen might be present and when it is detected would be shortened," he said. "Our technology makes it possible to process the samples much more quickly, in hours instead of days."

A video clip that shows Ladisch, his team members and the award-winning technology in use is available at http://youtu.be/YvDlCbaziuU. The Purdue Research Foundation Office of Technology Commercialization has filed for U.S. and international patent protection for this innovation.

"Food safety is a critical concern for all of us, and Purdue uses a multi-disciplinary approach involving several colleges and departments that work together to detect and prevent contamination of foods," said Lisa Mauer, director of the Purdue Center for Food Safety Engineering. "It is a tribute to this work that an esteemed agency like the FDA would recognize Mike and other Purdue researchers in this field with this prestigious award."

The research was supported by the USDA Agricultural Research Service, through the National Food Safety Program (NP108 - James Lindsay, senior national program leader), which provides research funding to the Purdue Center for Food Safety Engineering, and also by the Department of Agricultural and Biological Engineering and the Weldon School of Biomedical Engineering.  Former director Richard Linton, now dean of the College of Agriculture and Life Sciences at North Carolina State University, and Mauer oversaw the project.

The FDA Food Safety Challenge is a prize competition to advance breakthrough ideas on how to find disease-causing organisms in food, especially salmonella, in fresh produce. The challenge was developed through the America COMPETES Reauthorization Act of 2010. The act grants all federal agencies broad authority to conduct prize competitions to spur innovation, solve tough problems and advance their core missions. The challenge sought revolutionary improvements in the speed of the FDA's detection methods for salmonella.

"We are truly impressed by the number and quality of submissions we received as part of the FDA 2014 Food Safety Challenge, and we are excited to announce the winners who demonstrated the most promising ideas for fighting foodborne illness through the course of the Challenge," said Palmer Orlandi, Ph.D., the FDA's acting chief science officer and research director in the Office of Foods and Veterinary Medicine. "These breakthrough concepts for detecting foodborne pathogens in fresh produce and other foods will help ensure quicker detection of problems in our food supply and help prevent foodborne illnesses."

Caption: Michael Ladisch, distinguished professor in the Department of Agricultural and Biological Engineering and Weldon School of Biomedical Engineering and director of the Laboratory of Renewable Resources Engineering, and Tommy Kreke, research staff member, examine fresh spinach and liquid samples that were created by Purdue technology more quickly than traditional methods. The technology won the grand prize in the 2014 FDA Food Safety Challenge.