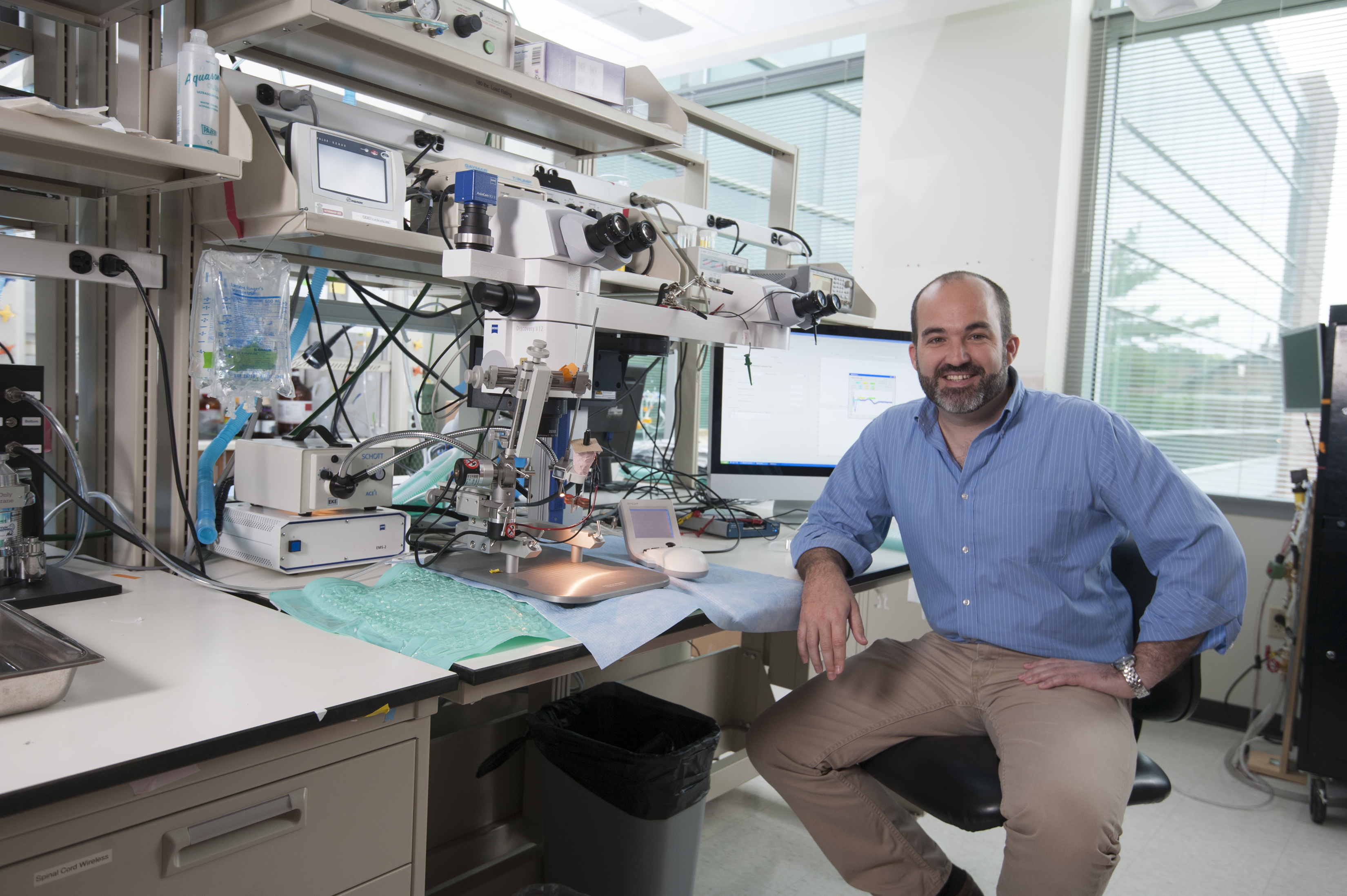 The "bionode" device is designed to stimulate the vagus nerve in the neck, regulating the production of chemicals called cytokines that contribute to inflammation in the body. Research suggests the electrical signaling in the vagus nerve drives humoral signaling between the gastrointestinal tract and spleen. The spleen then acts as a biological amplifier of cytokine levels in the blood, increasing those levels and driving inflammation systemically. Cytokine levels are implicated in a number of neurological outcomes due to the ease with which those cytokines cross the "blood-brain barrier," said Pedro Irazoqui, a professor of biomedical engineering and associate head of the Weldon School of Biomedical Engineering.

The Purdue team was selected by DARPA to begin work on the Agency's Electrical Prescriptions (ElectRx) program. DARPA's goal is development of a closed-loop system that treats diseases by modulating the activity of peripheral nerves, according to a news release from the agency.

The teams will initially pursue a diverse array of research and technological breakthroughs in support of the program's technical goals. Ultimately, the program envisions a complete system that can be tested in human clinical trials aimed at conditions such as chronic pain, inflammatory disease, post-traumatic stress and other illnesses that may not be responsive to traditional treatments.

"The cytokines are released by macrophages and cells of peripheral tissues, circulated to the spleen for amplification and this drives the inflammation response of the body," said Irazoqui, director of the Center for Implantable Devices. "The inflammation response is linked to depression, anxiety and post-traumatic stress disorder. We propose to develop a chronic therapeutic device for modulation of the inflammatory reflex."