Purdue Professor of Biomedical Engineering Ji-Xin Cheng recently received a $2.2 million grant from the National Institutes of Health to radically improve the way heart patients are diagnosed. The new device, developed in Cheng's lab in collaboration with researchers across the country, will enable physicians, for the first time, to see inside their patients' arteries and treat fatty deposits before they rupture. 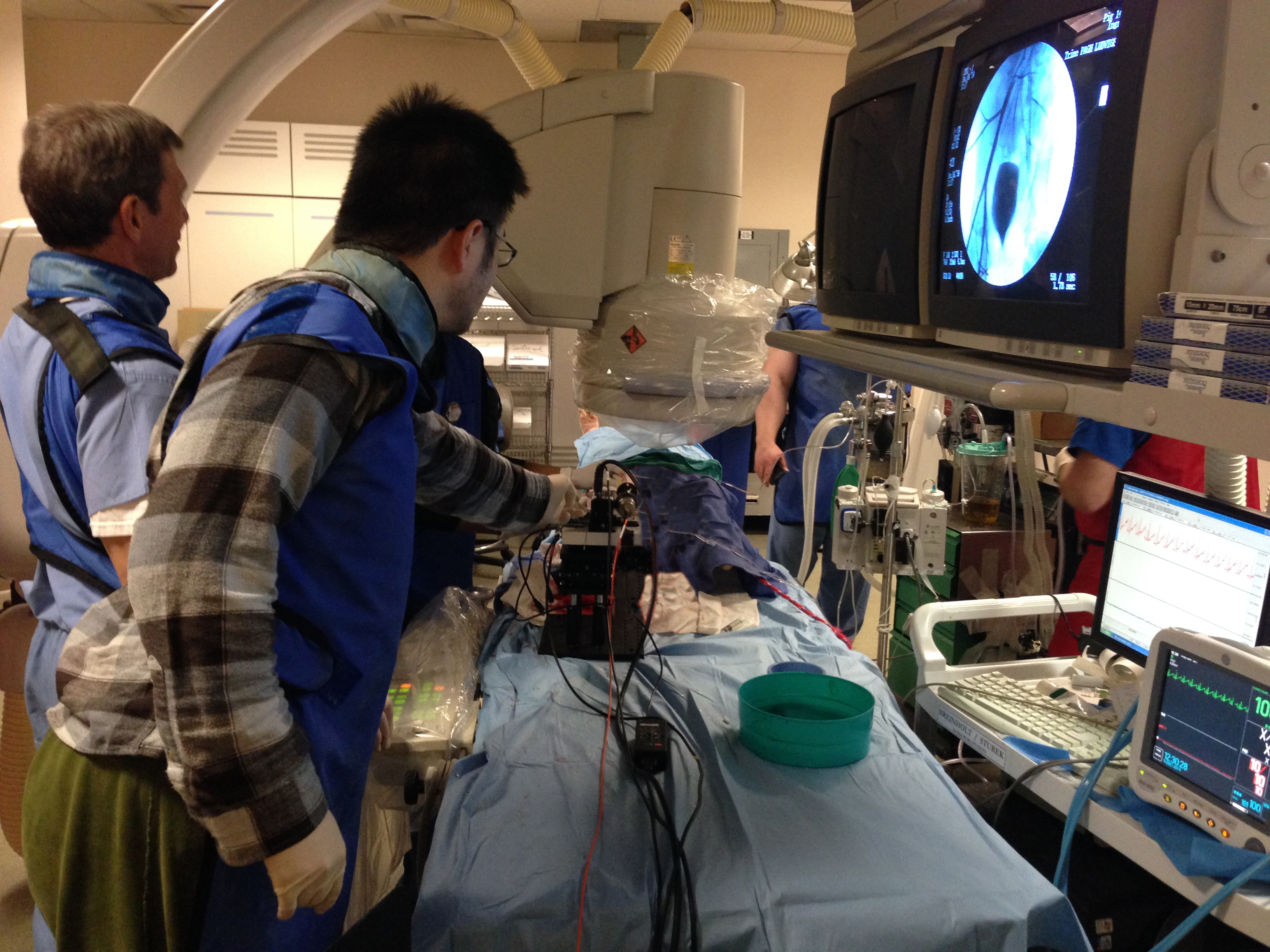 According to the World Health Organization, the leading cause of death — around the world — is heart disease, typically caused by fatty deposits called “plaques” lining the arteries. Plaques are prone to rupture, which blocks arteries and causes heart attacks.

“We have developed a tool for viewing the blood vessel wall,” says Cheng, whose start-up VibroniX Inc. is prepared to commercialize the diagnostic tool. “This R01 grant will help us complete our preclinical in vivo study, improve on our prototype and continue our momentum,” adds Cheng, who is also a professor of chemistry at Purdue. He estimates that the device will be available for testing in humans within three to five years.

“Persistence is important. It has taken years to reach where we are now, and we’re ready for the next stage in development,” Cheng says.

Procedures like MRI and ultrasound imaging lack the chemical sensitivity and spatial resolution necessary to characterize arterial plaques in patients. To tackle the problem, Cheng and his team developed a new type of intravascular photoacoustic (IVPA) device, which is essentially a catheter. The IVPA device is inserted in the groin area and travels via the femoral artery to the target location. Once in place, it takes high-resolution images that reveal the fatty deposits lining the vessel.

The device uses a specific type of laser with photons that chemically excite the lipid material, which then generates sound waves. “Photons go in; sound comes out,” Cheng explains. The returning acoustic signal is detected by an ultrasound transducer inside the device, which supplies a real-time image to a monitor, where a physician can view and study the arterial plaques.

The work began in 2007, when Cheng and Michael Sturek, his collaborator from the Indiana University School of Medicine, were successfully investigating the use of coherent Raman microscopy to visualize arterial plaques in arteries. Impressed, colleagues asked about in vivo visualizations. That is when Cheng and Sturek began exploring other methods for deep and clear perspectives into living blood vessel walls.

“We had to think out of the box, and we took a new approach,” Cheng says.

A host of experts aided in this discovery. Bob Lucht, a professor of mechanical engineering at Purdue, originally helped the team test its vibrational photoacoustic idea with the nanosecond lasers in his mechanical engineering lab. Research in living tissue is made possible by Ossabaw pig models, which Sturek, co-principal investigator, has demonstrated closely mimic human anatomy and a tendency to heart disease. Other collaborators include Qifa Zhou, a professor of biomedical engineering at the University of Southern California and an expert in transducer fabrication, and Arthur Coffey, an IU Methodist cardiothoracic surgeon. A Dayton, Ohio-based company called Spectral Energy LLC built the prototype laser for optical excitation of the fatty deposits.

“Collaboration is so important on a project like this,” Cheng says. “It’s an international project that will have impact in the U.S. and in China — throughout the world.”

“It’s exciting to see such important cross-disciplinary collaboration, which is one of our core values,” says George Wodicka, head of the Weldon School of Biomedical Engineering at Purdue. “Clearly this research is poised to make inroads in cardiovascular diagnostics.”

Image: Mike Sturek, professor of cellular and integrative physiology at the IU School of Medicine, and Pu Wang, a postdoc at Purdue's Weldon School of Biomedical Engineering, perform an IVPA imaging procedure, using angiography to see where the team’s intravascular (IVPA) device, a catheter, will be inserted.