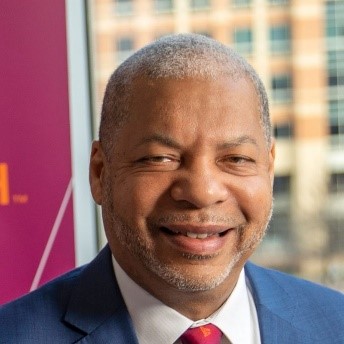 Lance R. Collins in 2020 was named the inaugural vice president and executive director of the Virginia Tech Innovation Campus planned in Alexandria, VA. Prior to that he served as the Joseph Silbert Dean of Engineering at Cornell University from 2010-2020 and the S. C. Thomas Sze Director of the Sibley School of Mechanical & Aerospace Engineering from 2005-2010. In 2011, he was part of the team that successfully bid to partner with New York City to build Cornell Tech, which opened its Roosevelt Island campus in 2017. In his role as dean, Collins accelerated the college’s efforts in diversity, overseeing the increase in the proportion of underrepresented minority students from 8 to 19 percent, and the percentage of undergraduate women from 33 to 50 percent, more than twice the national average. For those efforts, he received the inaugural Mosaic Medal of Distinction from Cornell Mosaic and the Edward Bouchet Legacy Award from the Bouchet Graduate Honor Society.

Collins is a professor of mechanical engineering. His research is focused on the application of direct numerical simulation to a broad range of turbulent processes. He is a fellow of the American Physical Society, the American Association for the Advancement of Science, and the American Institute of Chemical Engineers. In 2014, he received the William Grimes Award from the AIChE and in 2021 he was elected to the National Academy of Engineering. Collins graduated from Princeton in 1981 with honors and holds a M.S. and Ph.D. from the University of Pennsylvania, all in chemical engineering.