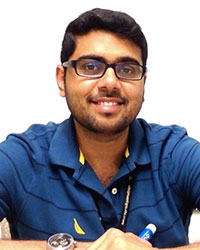 His post-doctoral work at the Martinos Center at Massachusetts General Hospital used neuroimaging techniques to study the cortical processing of complex sounds in school-aged children, including those with autism spectrum disorders, for which he received the Emerging Research Grant from the Hearing Health Foundation in 2015. Dr. Bharadwaj is a member of the Association for Research in Otolaryngology and the Acoustical Society of America.