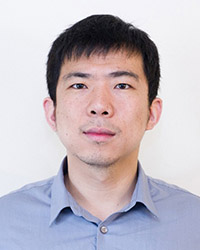 Shaoshuai Mou obtained his bachelor degree and master degree from Harbin Institute of Technology, China.  He earned his Ph.D. at Yale University in 2014.

Dr. Mou’s professional experiences prior to coming to Purdue include working part-time for Yale Law School (2009-2011) and the Yale Office of International Affairs (2011-2013), and he was a visiting scholar in a research group at The Australian National University (2014). He has received the Yale University Raymond John Wean Fellowship (2009) and the Chinese Government Award for Outstanding Students Abroad (2014). Most recently, he was a postdoctoral research associate at MIT.

Dr. Mou’s research has focused on distributed control of multi-agent networks, the aim of which is to achieve global objectives using local coordination among interconnected autonomous agents. His recent projects include devising distributed algorithms for solving large systems of linear equations, fixing non-robu