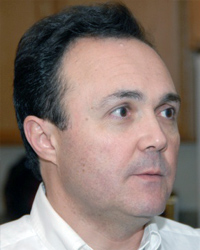 Professor of Aeronautics and Astronautics

Sergey Macheret obtained his M.S. in applied physics from Moscow Institute of Physics and Technology in 1980, and his Ph.D. in plasma physics and plasma chemistry from Kurchatov Institute of Atomic Energy in Moscow, Russia in ’85.

He worked at the Russian Academy of Sciences from ’83 to ’91. After moving to the United States in ’91, he was a research associate and lecturer at The Ohio State University (’91-’94), a principal scientist at CTSA Inc. (’93-’94), and a senior research scientist at Princeton University from ’94 to 2006. From ’06 to ’14 he was a senior staff aeronautical engineer at Lockheed Martin Aeronautics Co.’s Skunk Works where he served as a program manager for plasma-related programs.

His research interests and contributions are primarily in fundamental physics and aerospace applications of weakly ionized plasmas. These range from kinetics of electrons and ions to highly efficient generation of plasmas by ultra-short repetitive pulses, to novel adaptable plasma actuators that use electric and magnetic fields for aerodynamic control, flow reattachment, lift enhancement, laminar-to-turbulent transition delay. His research also explores drag reduction in a wide range of flight altitudes, from sea level to near space, and from very low to hypersonic speed.