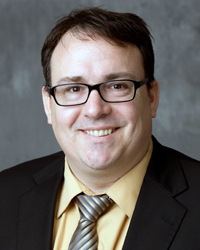 Laird comes to Purdue from Texas A&M University, where he was a faculty member since ’07, and was honored with the Ruth and William J. Neely ’52 Faculty Fellowship. His research interests include large-scale nonlinear optimization and parallel scientific computing. Focus areas include scientific and parallel computing, optimization of chemical process systems, networks, and public health.

He has received several research and teaching awards, including the prestigious Wilkinson Prize for Numerical Software and the IBM Bravo Award for his work on IPOPT, a software library for solving nonlinear, non-convex, large-scale continuous optimization problems. He is also a recipient of the NSF Faculty Early Career Development (CAREER) Award and the Montague Center for Teaching Excellence Award.