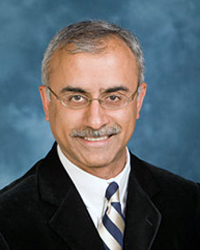 Prior to joining Purdue, he was associate provost and dean of the Graduate College at the University of Illinois at Urbana-Champaign. During 1989-2009, he was a professor of mechanical engineering at the University of Michigan. During 2004 to 2007, he served at the National Science Foundation, where he co-led IGERT, one of the largest cross-directorate programs at the NSF.

He is a Scholar-in-Residence at the National Academy of Engineering where he conducts studies on innovation and lifelong learning. His research interests include sustainable manufacturing, global product development and lifecycle management, the impact of globalization on product and technology development, and computer aided design and manufacturing.

He currently is serving as Purdue’s Provost and Executive Vice President for Academic Affairs.