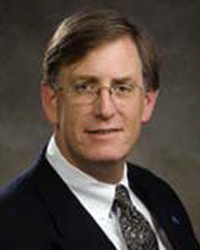 Dan Dumbacher most recently served as deputy associate administrator in the Exploration Systems Development Division, for the Human Exploration and Operations Mission Directorate at NASA Headquarters. In that capacity he provided leadership and management as the program director for exploration systems development encompassing the Space Launch System, Orion, and Ground Systems Development and Operations (GSDO) development and integration efforts. He led a team of over 5,000 people spanning all NASA centers and Industry.

During a 35-year career with NASA, he was awarded the coveted Silver Snoopy Award, and the NASA Distinguished Service Medal as well as the Presidential Rank Award for Meritorious service. He received the NASA Exceptional Achievement Medal in ’02 for accomplishments related to NASA’s Space Launch Initiative Program, and in ’97 for his work on the DC-XA Project. In ’03, Purdue University recognized him with the Outstanding Mechanical Engineer award.

He earned his bachelor's degree in mechanical engineering from Purdue in ‘81 and a master’s in business administration from the University of Alabama in ‘84. He completed the Senior Managers in Government study program at Harvard University.

Dumbacher will teach courses in systems engineering. He will also join the effort to develop the Purdue Systems Initiative.