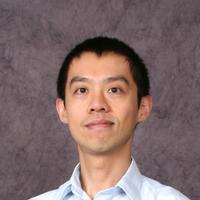 Professor Yung-Hsiang Lu
Professor Lu was selected for his contributions on improving the energy efficiency of mobile computers and autonomous robots.

Associate Professor Yung-Hsiang Lu has been selected as an ACM Distinguished Scientist for his contributions on improving the energy efficiency of mobile computers and autonomous robots.

In 2013, the Association for Computing Machinery (ACM) named 40 Distinguished Members for their individual contributions and their singular impacts on the vital field of computing. Their achievements have advanced the science, engineering, and education of computing, and highlight the widening role that computing plays in a range of disciplines and domains around the globe.

ACM President Vinton G. Cerf described the recipients as “the problem solvers, prophets, and producers who are powering the future of the digital age.” He noted that these ACM members “are the driving force for enabling the computing community to change how we live and work. They demonstrate the advantages of ACM membership, which empowers self-improvement and inspires a bold vision for their own careers as well as their impact on the future.”