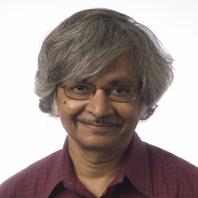 Professor Supriyo Datta
The award honors an individual in recognition of outstanding achievement in scientific research and demonstrated ability to communicate the significance of this work to scientists in other disciplines.

Since 1950, the William Procter Prize for Scientific Achievement has been awarded annually to a scientist who has made an outstanding contribution to scientific research and has demonstrated an ability to communicate the significance of this research to scientists in other disciplines.

The prize consists of a certificate of award, a Steuben glass sculpture and $5,000. In addition, each recipient is asked to designate a younger scholar, usually working in the same field, to receive a $5,000 Grant-in-Aid of Research award from the Procter Prize Fund. Presentation of the Procter Prize is traditionally a principal event at Sigma Xi's annual meeting, where the recipient delivers the Procter Prize Address.