A Purdue startup has received federal funding to further develop an assistive wheelchair technology that allows power wheelchair users an efficient and easy-to-use method to more easily position and remove an iPad and other mobile devices. 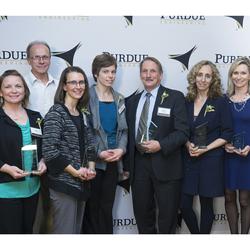 Symic, a clinical-stage biotherapeutics company developing multiple compounds that target and affect the extracellular matrix (ECM), today announced that it has secured $25 million in a Series A-2 financing to advance the company's pipeline, including its lead candidates SB-030 and SB-061. The financing was led by Lilly Ventures and includes the participation by all existing major investors, as well as several new investors. This new funding brings the total capital raised by Symic to over $43 million since being founded in 2012.

Integrating a flipped lecture into a laboratory course

The flipped classroom model allows for active student learning by 'reversing' the traditional classroom structure. The content traditionally delivered inside the classroom (i.e. lectures) is recorded and provided to students online, while the in-class time is dedicated to identifying knowledge gaps and problem-solving.

A toxin released by the body in response to spinal cord injuries increases pain by causing a proliferation of channels containing pain sensors, new research shows, and this hypersensitivity also extends to peripheral nerves in the limbs far from the injury site. Findings could point to a new route for treating pain in people with spinal cord injuries, said Riyi Shi (pronounced Ree Shee), a professor of neuroscience and biomedical engineering in Purdue University's Department of Basic Medical Sciences, College of Veterinary Medicine and Weldon School of Biomedical Engineering. 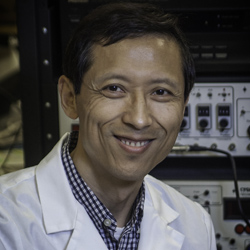 Purdue University's College of Engineering has named three preeminent teams to focus on research ranging from medical imaging and head trauma to advanced composite materials. Two of the teams have Weldon School of Biomedical Engineering connections. One team is led by Ji-Xin Cheng, professor in Purdue's Weldon School of Biomedical Engineering and Department of Chemistry and scientific director of the Label-free Imaging lab at Purdue's Discovery Park. The second team is led by Thomas M. Talavage, a professor of electrical and computer engineering and biomedical engineering and a founding co-director of the Purdue MRI Facility.

A new system that uses a wireless implant has been shown to record for the first time how brain tissue deforms when subjected to the kind of shock that causes blast-induced trauma commonly seen in combat veterans.
"Blast-induced traumatic brain injury, already one of the most significant wounds throughout Operation Enduring Freedom and Operation Iraqi Freedom, has become increasingly prevalent," said Riyi Shi, a professor in Purdue University's Department of Basic Medical Sciences, College of Veterinary Medicine, and Weldon School of Biomedical Engineering. "About 167,000 blast-induced traumatic brain injury cases have been documented during both deployments alone." 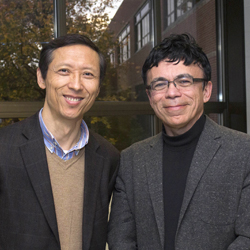 A startup that licenses Purdue University technology has created a deep-learning camera and hardware package that can be taught to recognize objects or perform tasks that could be used in security, automotive, industrial and defense applications. Eugenio Culurciello, associate professor in the Weldon School of Biomedical Engineering and co-founder of TeraDeep, said deep-learning technology is inspired by the human brain. 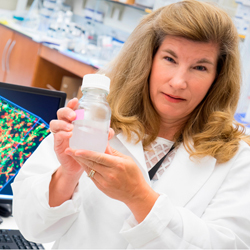