The award was announced on Oct. 5. Calve was one of only 55 recipients of the annual NIH award, which was first established in 2007.

Her research offers potential future applications in the regeneration of diseased or damaged tissue by looking at the separate formation and then seamless connection of muscle to tendon to bone.

Calve hypothesizes that there are overlooked structural cues that instruct how muscle, tendon and bone connect and align during development.

"By identifying these cues that nature uses to build a functional musculoskeletal system, we will establish guidelines that tissue engineers can use to restore damaged interfaces between muscle and tendon, and tendon and bone,” she said. "It is exciting to receive this award and to have the NIH support our research." 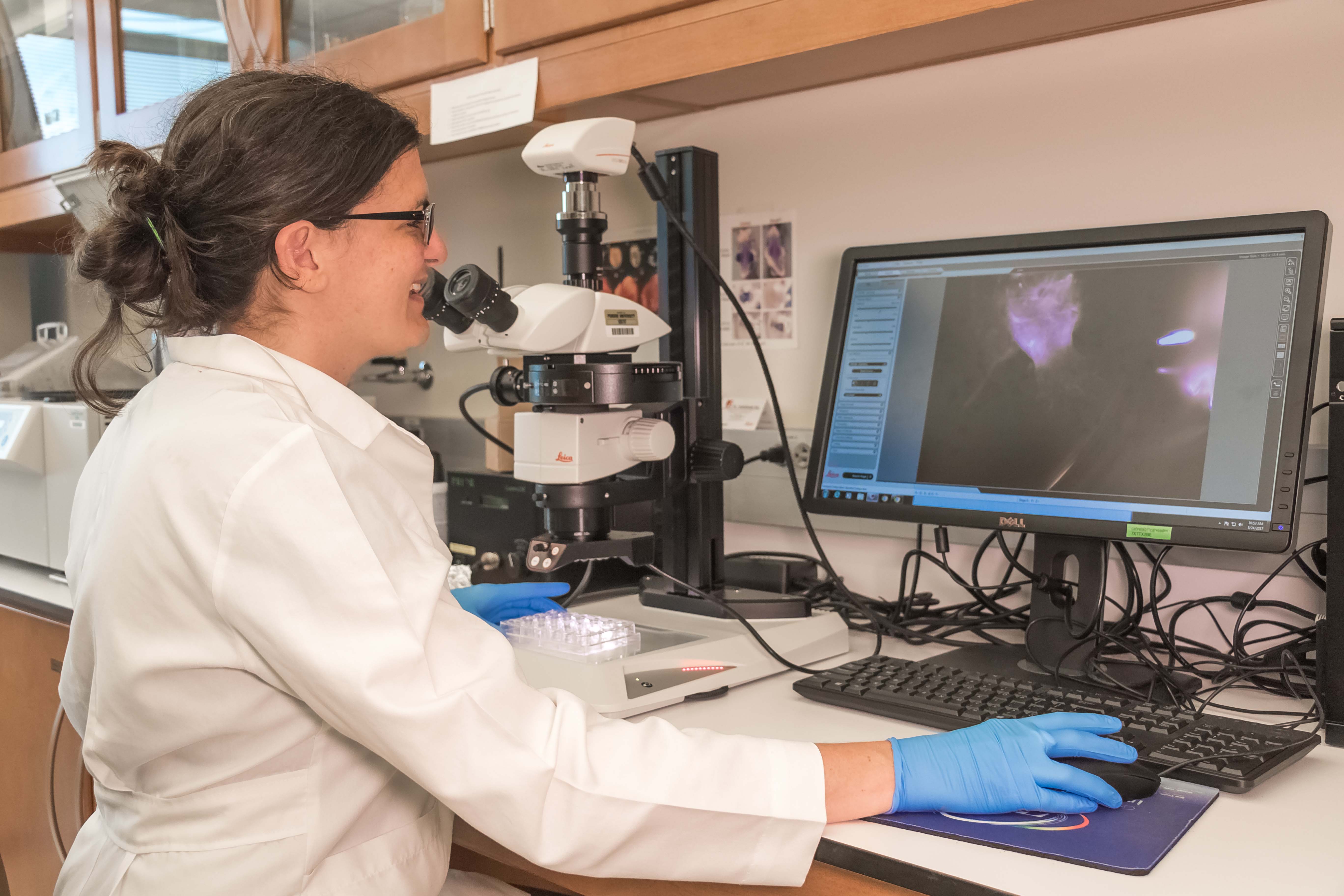 Calve said her lab, Musculoskeletal Extracellular Matrix Laboratory, has developed novel methods to map the composition, organization and mechanical properties of the extracellular matrix over the course of musculoskeletal development.

She also has pioneered optical clearing methods to image the 3D matrix architecture of biomarkers deep within developing and adult musculoskeletal tissues, all of which will go into her research of the potential structural cues.

The $1.5 million award will fund Calve’s project over the next 5 years.

The NIH Director’s New Innovator Award is part of the High-Risk, High-Reward Research program and issued to only around 30 recipients each year.

The honor stimulates innovative research by supporting the small group of creative investigators who propose new approaches with the potential to produce a major impact on a broad area of biomedical or behavioral research.

In addition to this honor, Calve was recently awarded a 5-year Bioengineering Research Grant from the NIH, which will provide up to $1.2 million to investigate the role of embryonic motility on musculoskeletal development.