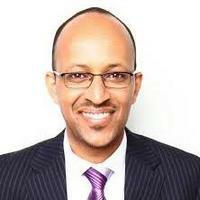 Abstract: Microfluidics and the concept of lab-on-a-chip continue to gain traction as a successful emerging field that aims to integrate complex biochemical analyses into automated systems.  One of the most promising applications for these microfluidic systems is in point of care (POC) blood analysis. To this end, sample preparation remains a bottleneck in bringing POC devices to the clinic. For instance, with infectious disease being a major cause of mortality worldwide and the problem of emerging antimicrobial resistance of many pathogens, much can be gained by guided treatment of infections by better diagnostic procedures, both in primary care and in hospitals. Current standard culture-based diagnosis of sepsis takes 3-7 days to identify the pathogen species and its associated antibiotic susceptibility. Hence, rapid and reliable detection of bloodstream infections would gain a lot from improved and straightforward isolation of highly purified bacteria from whole blood for downstream molecular diagnostics. Here, I will describe and discuss emerging microfluidics technologies with focus on blood diagnostics. I will describe inertial microfluidics based rare cell isolation from blood for cancer diagnostics and sepsis diagnostics.

Bio: Aman Russom is a Professor at KTH Royal Institute of Technology in Stockholm, Sweden. He was born 1976 in Asmara, Eritrea. He received his M. Sc. degree in Chemical Engineer with emphasis on Biotechnology in 2000 and his PhD in 2005 from KTH Royal Institute of Technology, Sweden. Dr Russom then did his postdoc fellowship at Harvard Medical School between 2005-2008. He is currently the division head of Nanobiotechnology at the department of Protein Science, School of Chemistry, Biotechnology and Health science, Science for Life laboratory, KTH Royal Institute of Technology. His research is focused on applying engineering principles and technologies, especially micro-and nanotechnology, to biomedical related problems of scientific and humanitarian interest. Professor Russom remains passionate about research and education and has pioneered several key technologies. Among other, Professor Russom and his team modified a DVD player to perform blood tests, including a check for HIV. The breakthrough creates the possibility of an inexpensive and simple-to-use tool that could have far-reaching benefits in health care in low- and middle-income countries.

Coffee and juice will be provided at West Lafayette.