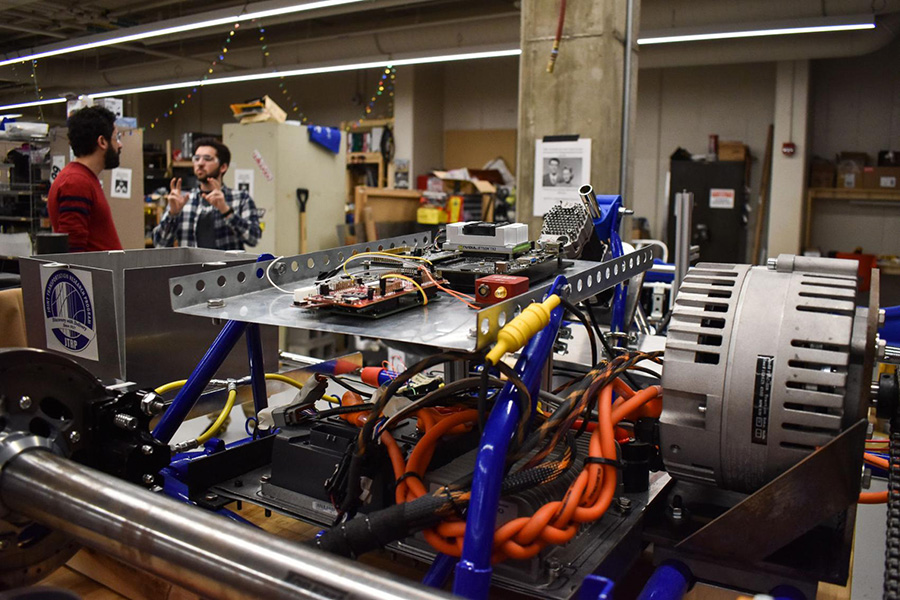 The 2020 Indy 500 had no fans in the stands. But imagine a race with no drivers in the cars? That's going to happen at the Indianapolis Motor Speedway this fall. The IMS and Energy Systems Network have partnered up for the Indy Autonomous Challenge: a 50-mile autonomous car race that will showcase technology and innovation at the Racing Capital of the World. 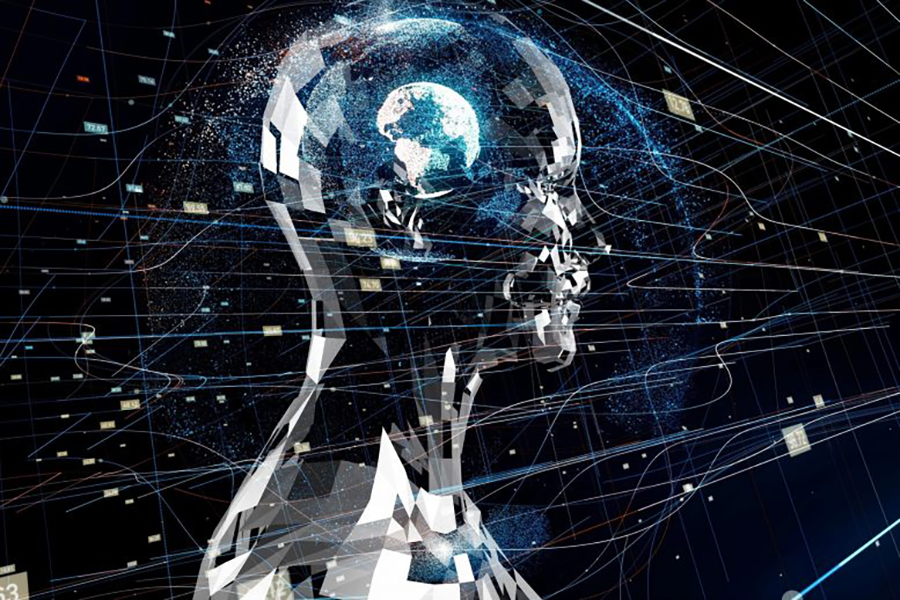 Is it possible to read a person’s mind by analyzing the electric signals from the brain? The answer may be much more complex than most people think. Purdue University researchers – working at the intersection of artificial intelligence and neuroscience – say a prominent dataset used to try to answer this question is confounded, and therefore many eye-popping findings that were based on this dataset and received high-profile recognition are false after all. 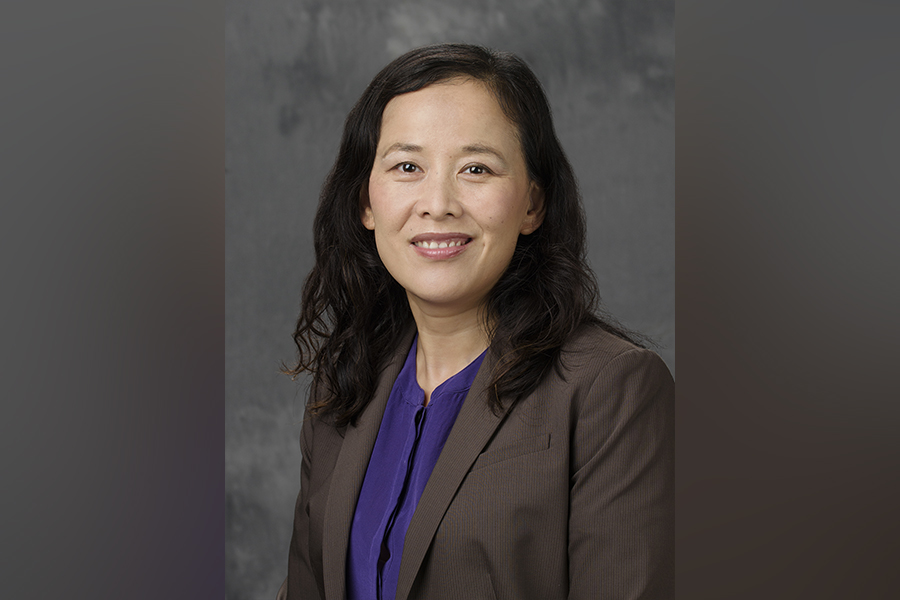 During a recent study, a Purdue University innovator developed a new approach to creating popular thin films that are used for devices across a broad range of fields, including optics, acoustics, and electronics. Epitaxial lithium niobate (LNO) thin films are an attractive material for electronics and other devices. These films offer flexibility and other properties that are important to manufacturers. 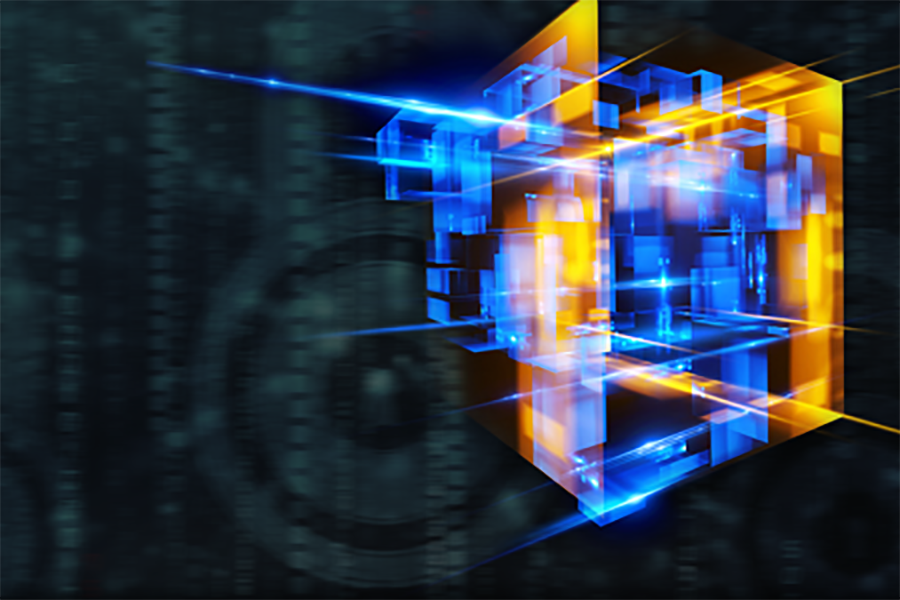 To accelerate advances in quantum computing, Sandia National Laboratories has made its Quantum Scientific Computing Open User Testbed (QSCOUT), available to the scientific community. An open platform, QSCOUT will not only give researchers access to full specifications and control for exploring all high-level quantum and classical processes, but it will also allow them to optimize the internals of the testbed and experiment with more advanced implementations of quantum operations, Sandia officials said. 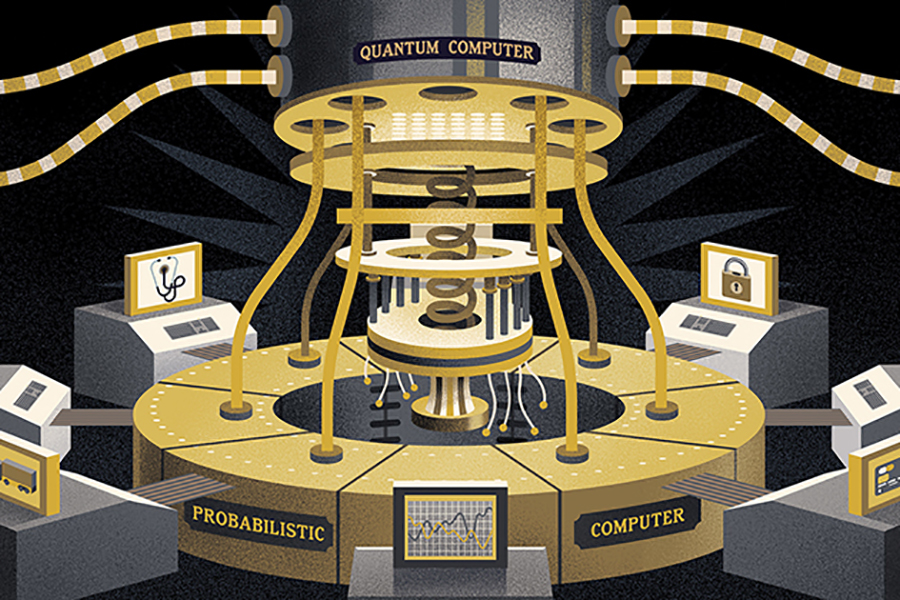 Purdue University engineers are building a probabilistic computer that would not need new hardware or extreme cold to operate. The team believes it could solve some of the problems a quantum computer would solve, such as calculating the best solution from a very large number of solutions. In one logistics example, that could be the best route for goods to travel to market. 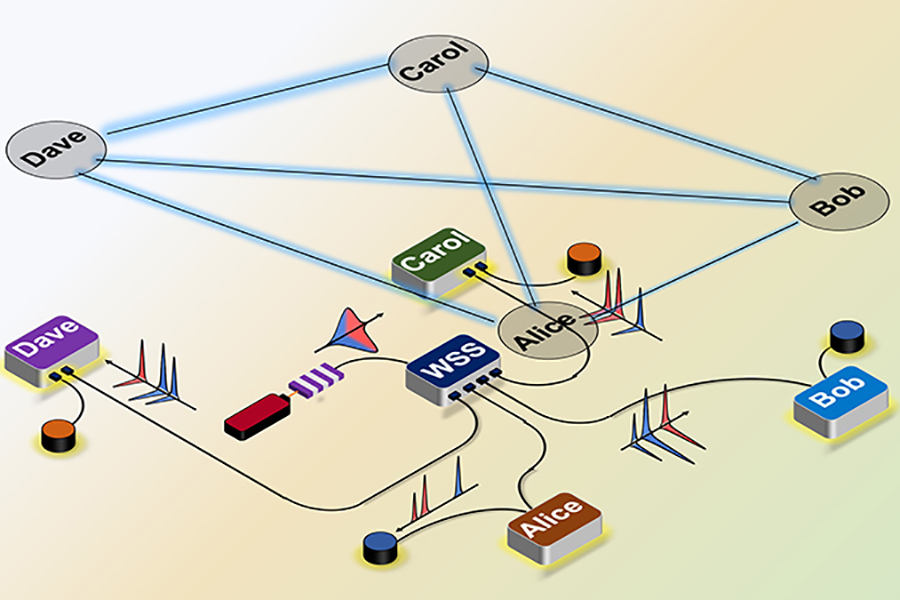 Purdue University says engineers there have made progress on a new switch designed to enable a quantum internet supporting quantum computers of the future. 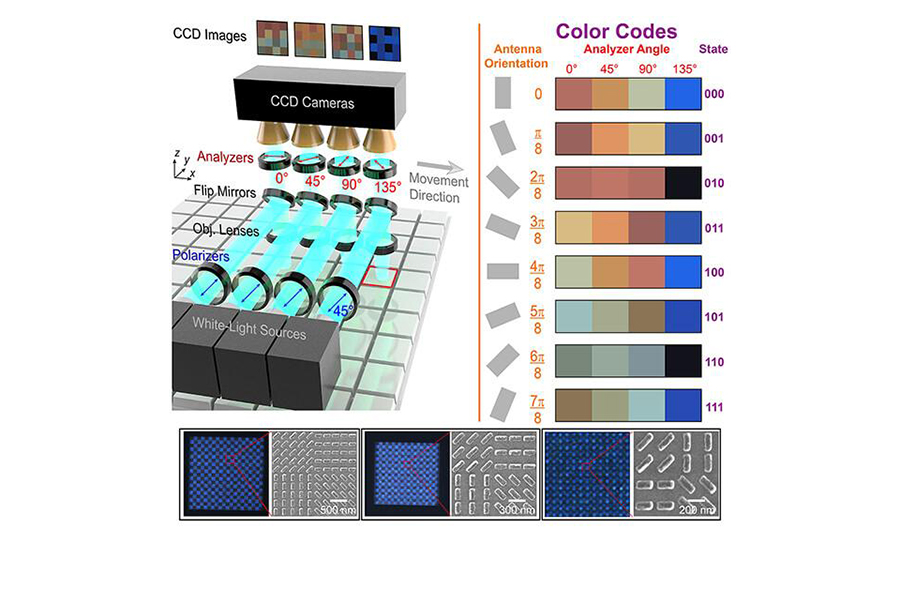 Purdue University innovators have created technology aimed at replacing Morse code with colored “digital characters” to modernize optical storage. They are confident the advancement will help with the explosion of remote data storage during and after the COVID-19 pandemic. 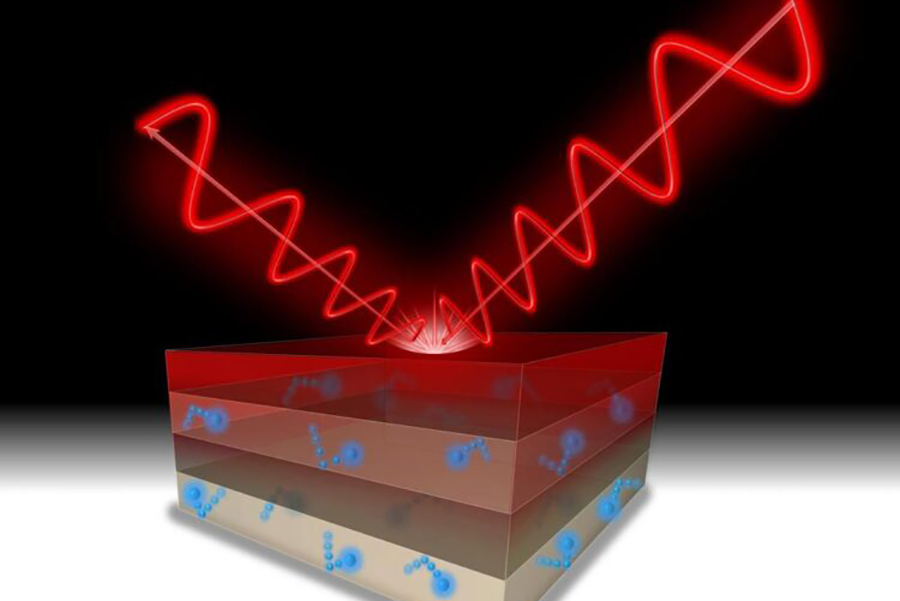 Electronics are increasingly being paired with optical systems, such as when accessing the internet on an electronically run computer through fiber optic cables. But meshing optics — which relies on particles of light called photons–with electronics–relying on electrons — is challenging, due to their disparate scales. Electrons work at a much smaller scale than light does. The mismatch between electronic systems and optical systems means that every time a signal converts from one to the other, inefficiency creeps into the system. 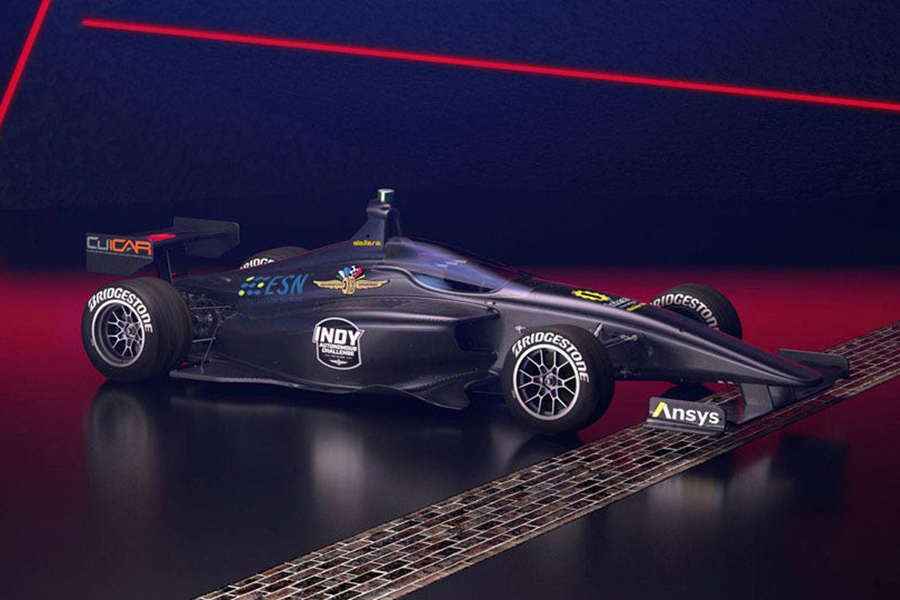 Purdue University is partnering with the U.S. Military Academy at West Point to build an autonomous race car for the Indy Autonomous Challenge in 2021. The partners have formed Black & Gold Autonomous Racing and will debut the car alongside other collegiate teams next October at the Indianapolis Motor Speedway. 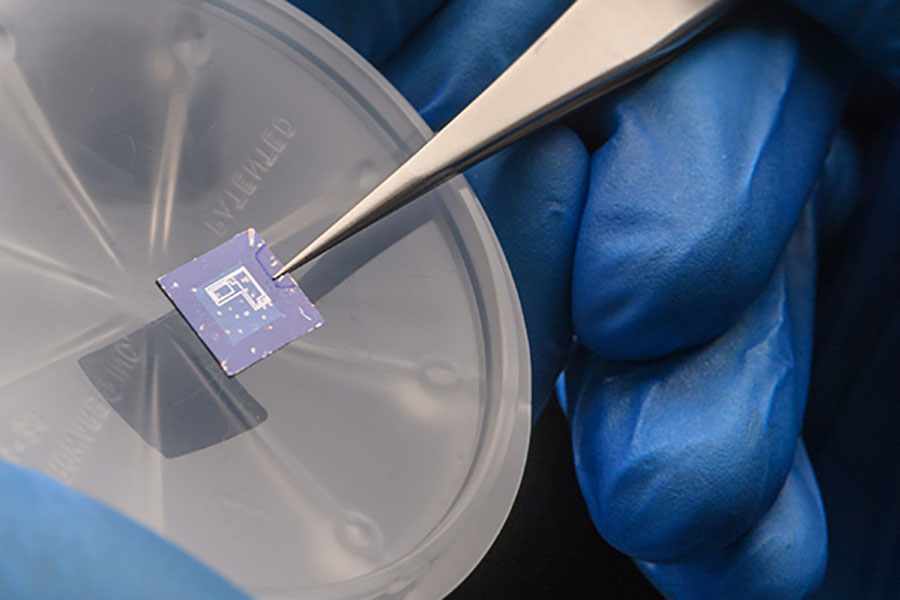 Engineers design transistor that disguises key computer chip hardware from hackers A hacker can reproduce a circuit on a chip by discovering what key transistors are doing in a circuit – but not if the transistor “type” is undetectable. transistor types Purdue University engineers have demonstrated a way to disguise which transistor is which by building them out of a sheet-like material called black phosphorus. This built-in security measure would prevent hackers from getting enough information about the circuit to reverse engineer it. Reverse engineering chips is a common practice – both for hackers and companies investigating intellectual property infringement. Researchers also are developing x-ray imaging techniques that wouldn’t require actually touching a chip to reverse engineer it. 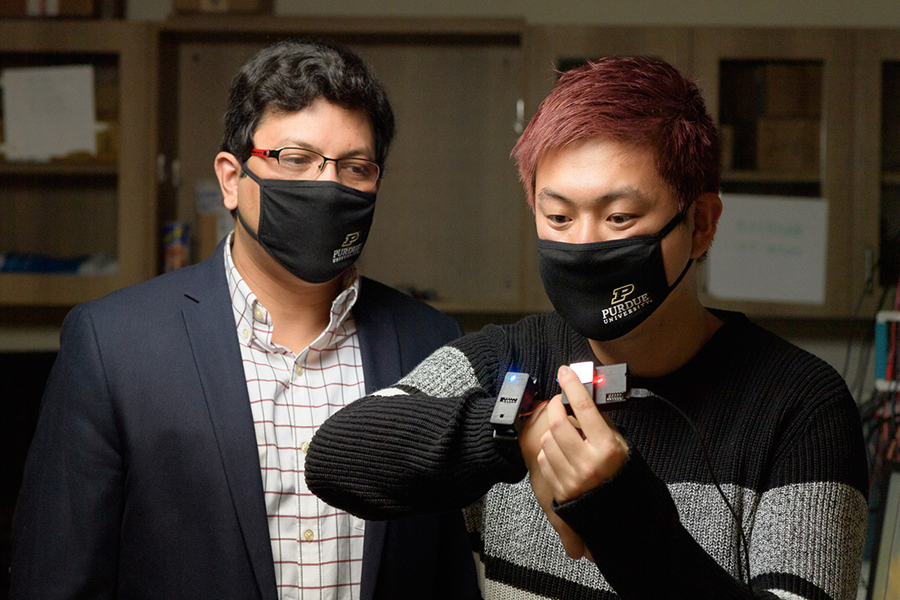 Turning the Body Into a Wire

In 2007, U.S. vice president Dick Cheney ordered his doctors to disable all wireless signals to and from his Internet-connected pacemaker. Cheney later said that the decision was motivated by his desire to prevent terrorists from being able to hack his pacemaker and use it to lethally shock his heart. Cheney’s command to his doctors might seem to some to be overly cautious, but wirelessly connected medical devices have a history of exploitable vulnerabilities. At a series of conferences in 2011 and 2012, for example, New Zealand hacker Barnaby Jack showed that connected medical devices could be remotely attacked. Jack used a high-gain antenna to capture the unencrypted electromagnetic signals transmitted by an insulin pump on a mannequin 90 meters away. He then used those signals to hack into the pump and adjust the level of insulin the pump delivered. He also hacked a pacemaker and made it deliver deadly electric shocks. 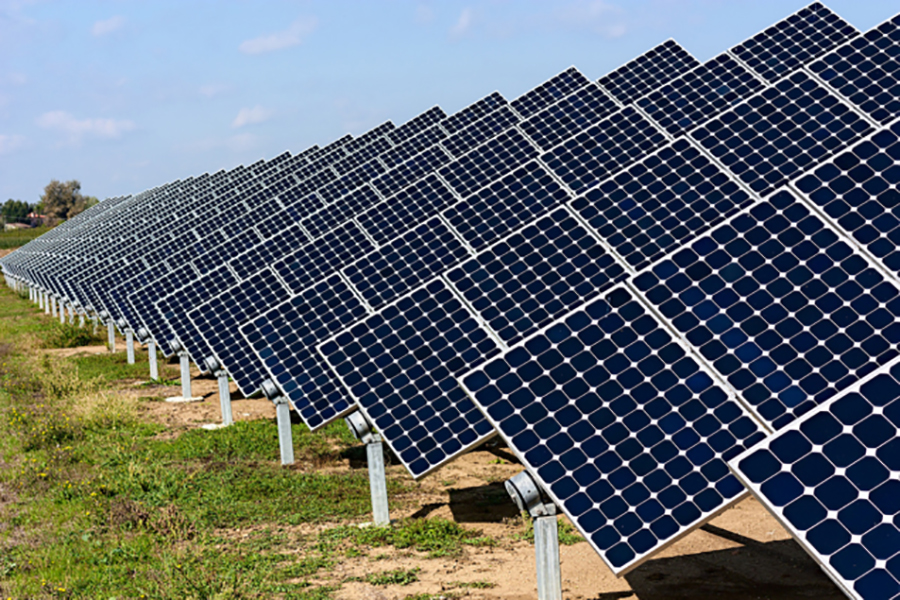 Cheap and simple radiative cooling technologies can significantly increase the performance and lifespan of concentrated photovoltaic systems, according to researchers in the US. They found that a simple radiative cooling structure can increase the voltage produced by the solar cells by around 25 percent. It also reduced operating temperatures by as much as 36 degrees C and the scientists claim this could dramatically extend the lifetime of photovoltaic systems.