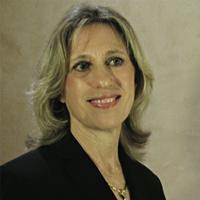 ENCOURAGED BY HER HIGH SCHOOL PHYSICS TEACHER to look into engineering at Purdue, Debra Echt did just that, accepting a full-ride academic scholarship and choosing a biomedical engineering concentration through Interdisciplinary Engineering. A native of Cleveland, Ohio, Echt combined her Purdue education with American Heart Association- funded research experiences at Case Western in the summers, setting her sights on medical school and a clinical research career.
She finished at Purdue in three and a half years (the sole female student in her engineering classes), earned her MD from Case Western in 1977, and was awarded a cardiology fellowship from Stanford in 1980. Board-certified in internal medicine, cardiology, and cardiac electrophysiology, Echt has gained international recognition in clinical cardiac electrophysiology through a career that spans academia, clinical practice, and a number of medical-device startups.
Her professional academic involvement began with faculty positions in the cardiology division of Stanford’s School of Medicine, where she had primary responsibility for the implant testing and management of patients with permanent pacemakers. (She remains a voluntary clinical faculty member at Stanford.) She later served on the faculty of Vanderbilt’s School of Medicine (1984-96), where she engaged in research, patient care, interventional cardiac electrophysiology procedures, teaching, and administration. She held the positions of Director of the Clinical Electro- physiology Laboratory, the Electrophysiology Training Program, and the Arrhythmia Service while at Vanderbilt. From 1991 to 1996 she served as a consultant and then member of the U.S. Food and Drug Administration’s Circulatory System Devices Advisory Panel.
Echt’s entrepreneurial career started in 1996 and continues through the present. She held VP-level positions at the cardiac- device companies Timi3 Systems Inc., Xoft MicroTube, and Cardiac Pathways Corporation before co-founding EBR Systems in 2003. EBR Systems is an early-stage company whose mission is to develop Echt’s idea for an ultrasound- based cardiac stimulation, with a pacemaker that requires
no lead wire for stimulating the heart.