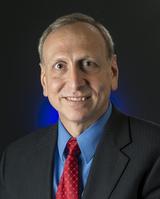 Abstract
American entrepreneurs are creating new systems for space travel that reduce cost. They are jump-starting a whole new economy in low-Earth orbit based on NASA’s past investments and discoveries. Space comprises a rapidly growing information economy, with communications, remote sensing, and GPS satellites generating $300B in revenue a year, and growing 4 to 10 times the pace of America’s GDP. Soon, space will comprise a tourist economy and eventually a mining and manufacturing economy. Mr. Jurczyk will outline how the NASA space technology investments of today will impact the future of the space exploration and the space economy of tomorrow.

Prior to this appointment, Mr. Jurczyk served as Deputy Director and then Director at NASA’s Langley Research Center in Hampton, Va. Langley, founded in 1917, is the nation’s first civilian aeronautical research facility and NASA’s oldest field center. Jurczyk was appointed Deputy Director in 2005 and Director in 2014 overseeing research addressing such challenges as global climate change; affordable, safe deep space exploration; and improving the nation’s air transportation system. As the senior management official at Langley, Jurczyk was responsible for the technical implementation of the center’s aeronautical, space and science programs, as well as the overall management of the facilities valued at more than $3.3 billion and a workforce of over 3,600 engineers and scientists.

Jurczyk has spent most of his 25-year career in aerospace with NASA in various systems engineering, management, and senior leadership positions at NASA Headquarters, Langley, and NASA’s Goddard Space Flight Center.

He is a recipient of the NASA Outstanding Leadership Medal and the Presidential Rank Award of Meritorious Executive.

Jurczyk is a graduate of the University of Virginia where he received a Bachelor of Science and a Master of Science in Electrical Engineering.