Developments in MEMS fabrication technology over the past two decades have yielded new opportunities to design high quality factor (Q) micromechanical structures for ultra-low-power frequency-domain signal processing, sensing, and timing applications. Our goal is to harness the benefits of new and high-impact micromechanical devices and circuits for low-power, compact wireless communication, physical and chemical sensors, and timing applications. In the HybridMEMS Lab we invent new mechanical designs and efficient transducers to make MEMS resonators with high resonance frequency, low motional impedance, strong transducer coupling coefficient, low bias drift and wide programmable range. We further investigate coupling mechanisms between resonators to demonstrate channel-select filters and synchronized oscillator dynamics, and explore inter-domain coupling to design merged MEMS-CMOS and MEMS-HEMT devices. Our lab has also focused on the extension of these devices and systems into unreleased structures, eradicating the need for costly packaging, improving yield and robustness in harsh environments, and making MEMS resonators more accessible for a wide range of applications. 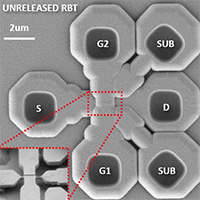 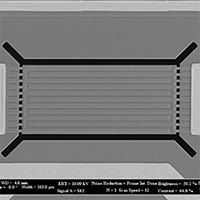 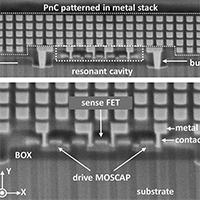 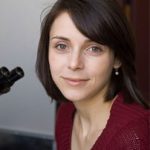 Dana Weinstein received her B.A. in Physics and Astrophysics from University of California - Berkeley in 2004 and her Ph.D. in Applied Physics in 2009 from Cornell, working on multi-GHz MEMS.

Prior to joining Purdue as an Associate Professor in Electrical and Computer Engineering in 2015, Dr. Weinstein joined the Department of Electrical Engineering and Computer Science at MIT as an Assistant Professor, and served as an Associate Professor there between 2013 and 2015. She is the recipient of the NSF CAREER Award, the DARPA Young Faculty Award, the Intel Early Career Award, and the IEEE IEDM Roger A. Haken Best Paper Award.

1.2020 Check out our recent paper on a tunable ferroelectric-based unreleased RF resonator published in Nature MicroNano

6.2019 New results on ferroelectric CMOS-MEMS resonators to be presented at Transducers'19, Berlin June 23-27.

10.2017 Exciting results on 32 GHz Resonant Fin Transistors to be presented at ISSCC'18

5.2016 Congratulations to Dr. Bichoy Bahr on completing his Ph.D.! Bichoy is joining Kilby Labs (Texas Instruments). All the best!

5.2015  Congratulations to Dr. Radhika Marathe on completing her Ph.D.! All the best at ADI!

4.2015  Congratulations to Dr. Wentao Wang on completing his Ph.D.! Best of luck at Apple!

2.2015  Congratulations to Dr. Laura Popa on completing her Ph.D.! Best of luck at ADI!

11.2014   Spin to present his work on a tapered Phononic Crystal design for dramatic reduction in SAW resonator size at MEMS'15 in Portugal in Jan 2015.

10.2014   Bichoy to present his work on a 1 GHz GaN-MMIC monolithically integrated MEMS-based oscillators at ISSCC'15 in San Francisco in Feb 2015. 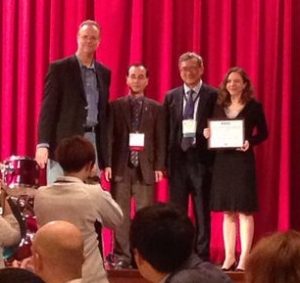 5.2013   Congratulations to Steven for completing his S.M.! All the best to him in his Navy tour! 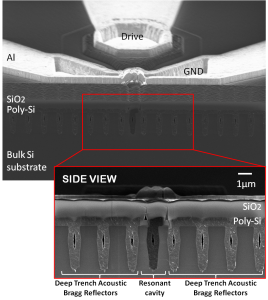 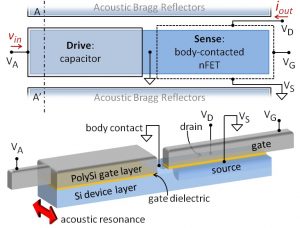 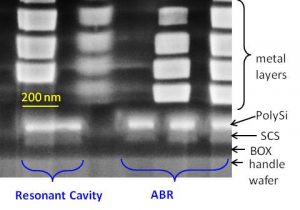 01.2011   MEMS'11: "An unreleased mm-wave resonant body transistor" published on the demonstration of an unreleased Resonant Body Transistor operating at 39 GHz, surrounded on all sides by SiO2. An f.Q product of 5e12 is comparable to most released Si-based resonators at octaves lower frequency.

06.2010   "Acoustic Resonance in an Independent-Gate FinFET" presented at Hilton Head 2010. This device demonstrates 1st harmonic acoustic resonance at 37 GHz with a Q of 560 using a standard 2 port measurement.