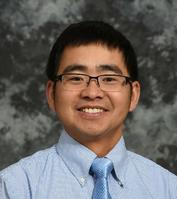 The efficiency of energy generation and utilization systems depends on material property changes influenced by microstructure evolution under extreme operating conditions. Oxide and nitride nuclear fuels have been widely used in light water reactors or proposed as candidates for advanced reactors. In this work, defects and/or phase evolution in UO2, ThO2 and UN under irradiation are studied by a combination of ion irradiation, advanced characterization, and modeling.  In addition, the relationship between defects and thermal transport is probed on ion-irradiated nuclear fuels.

Dr. Lingfeng He is a Distinguished Staff Scientist and High-Resolution Materials Characterization Group Lead in Characterization and Advanced PIE Division at Idaho National Laboratory (INL). He is the deputy director of the Center for Thermal Energy Transport under Irradiation (TETI), an Energy Frontier Research Center funded by DOE’s Office of Science.  Dr. He received a Ph.D. degree in Materials Science at the Chinese Academy of Sciences in 2009. He worked as a Post-doctoral Research Associate and Assistant Scientist at Nagaoka University of Technology in Japan and the University of Wisconsin before joined INL in 2014. He is the recipient of INL Laboratory Director’s 2020 Exceptional Scientific Achievement Award.