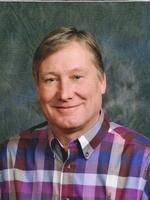 Radioisotope power sources are being realized in many compelling applications that were deemed unfeasible due to limitations of batteries in temperature, chemical instability, irreversible losses, and electrolyte leakage. Additionally, the high propensity for catastrophic failure due to high instabilities of lithium and electrolyte, and shorts that cause thermal runaway resulting explosions, fire, and venting of hazardous gasses. Betavoltaics are becoming a mature technology by the efforts of private industry, academia, and programs investments in adopting the technology into their systems. Though not a new concept, began in 1950’s which led to the development of photovoltaics, and peaked in mid-1970, research has been minimal and sporadic until recent advancements in ultra-low power electronics and materialization of low power applications.
This seminar will highlight our research advancements in tritium betavoltaics, examine challenges with the technology, and discuss applications and near term developments. The technology has been demonstrated to be safe, can provide continuous milliwatt to nanowatt power for over 10 years, does not suffer from permanent capacity loss due to temperature, and is identified as a disruptive technology that DoD and NASA should be pursue. There are applications where the betavoltaic alone can provide necessary power and ones where energy storage is needed for burst power. Applications for betavoltaic power sources may be found in distributed power systems, unattended sensors, surveillance, remote structural and status monitors, space exploration and satellites, anti-tamper, and bio-medical devices & implants. The energy conversion efficiencies of the betavoltaics are still below 10% so there are opportunities for improvement through research. The landscape of radioisotope power sources has evolved through innovative developments of other forms of radioisotope energy conversion techniques and with that, many more opportunities for research and development. Some of the near term opportunities will be discussed.

Dr. Adams is a scientist at Naval Surface Warfare Center Crane Division in the Power and Energy Division, and has over 30 years of experience in RDT&E in the energy systems field. He received his B.S. in Electrical Engineering from the University of Akron in 1987, in 2007, an M.S. in Systems Engineering from the Naval Post Graduate School in Monterey, California, his M.S. and Ph.D. both in Nuclear Engineering from Purdue University in 2011 and 2014, respectively, on a NSWC Crane Ph.D. fellowship award. His graduate research work at Purdue focused on tritium sources for betavoltaics with loading experiments, modeling and simulation, and development of a state-of-the-art hydrogen loading system. He also developed characteristic techniques to measure betavoltaic performance and obtain critical parameters for modeling. He has been an active Visiting Scholar in the School of Nuclear Engineering at Purdue University since 2015 where he collaborates with Purdue, Navy and private industry on various energy generation and storage projects. He also serves as Co-PI with Purdue on projects funded by Department of Navy under NEPTUNE program on Battery Technology and has taught courses on defense battery technology at Purdue Polytechnic Institute and with group from School of Chemical Engineering. He has been a Navy Plank owner in Science and Technology since 2012 and received the Seed for Success Award at Purdue University in 2018.