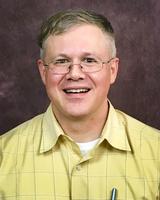 Many of the technologies and phenomena involved in fusion, including pulsed power, plasmas, and lasers, are also applicable in other applications. Specifically, microwaves, particle beams, and lasers, collectively referred to as directed energy weapons, may be used to target vehicles, optical devices, personnel, and electronics at range. More recently, a 2020 National Academy of Sciences report attributed a series of medical issues and symptoms experienced by US and Canadian embassy staff in Cuba and US diplomats in China to microwave weapons. Such technologies may also be used for therapeutic applications, including platelet activation for wound healing, microorganism inactivation, stem cell stimulation, and pain remediation.
This seminar will briefly highlight our research group’s involvement in this diverse technology area. Specifically, we examine these issues from a fundamental perspective starting from the common physics underlying the mechanisms involved, whether we are studying electrons in vacuum or an electric pulse at the cell membrane. We will start by describing our group’s fundamental studies understanding electron emission in high voltage diodes and the theoretical linkages with gas breakdown. Specifically, we will highlight our closed form solution of the century old problem of space-charge limited current in cylindrical and spherical diodes and the applicability of the approaches used to more realistic geometries to assist experimentalists and computational physics. We also highlight our closed form solution of the 70-year old problem of gas breakdown for microscale gaps, our experimental studies, and how this ties phenomenologically back to electron emission.
We then discuss directed energy interactions with living tissue from the membrane to organism level. We will first discuss the theory and principles between both thermal and nonthermal mechanisms. Then, we discuss the applications of pulsed electric fields for medical applications, particularly our ongoing work with GE on platelet activation for enhancing wound healing, our work with Nanovis on microorganism inactivation and stem cell activation, and with Luna Innovation on using pulsed magnetic fields for pain remediation. We then introduce the concept of the universality of the observed phenomena for any sort of intense electromagnetic radiation with biological cell and the variation across exposure type. Opportunities for interested students and the skills obtained from working in this area will be discussed.