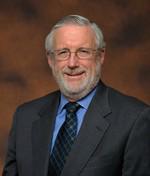 Evidence of climate change and its impacts become more obvious with each passing year.  Few scientists would dispute the recent U.S. government report, which noted that “human activities, especially emissions of greenhouse gases, are the dominant cause of the observed warming since the mid-20th century.”  Unfortunately, the disconnect between science and government policy is significant, at the same time that the magnitude of the challenge of sufficiently reducing carbon emissions is extremely daunting and growing.  Few technology options are available to address this challenge.  While some argue for a 100% renewable future, such claims have little credibility when carefully examined.  Of existing options, only nuclear and renewable energy sources can address the challenge and it essential that their use be approached from an integrated, synergistic viewpoint.  Many studies around the world are exploring these synergisms and offer significant opportunity to revolutionize energy systems while simultaneously addressing carbon emissions.  Integration of clean energy sources, both renewables and nuclear energy, offer the only credible current pathway toward the deep decarbonization that the world needs.