Nuclear Power: The key to carbon reduction and the challenges it faces 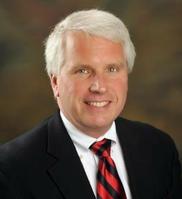 Preserving existing nuclear power plants is essential in any serious effort to reduce carbon emissions. These plants face several challenges to continued operation. These challenges include markets that don’t reward nuclear plants for all of the attributes that they provide, an uncertain regulatory climate, lack of acceptance as a “clean” energy and subsidies for other forms of energy production. There are solutions to these problems, but time is running out.
Bio:
Hanley is currently the Senior Vice President, Operations Support. He is responsible for the corporate functional areas that provide governance and oversight to the 23 reactors in the
Exelon fleet. Prior to his current role, Hanley was Exelon Nuclear’s operations lead on matters related to public policy issues associated with nuclear plant operations. He works closely with
Exelon’s Government & Regulatory Affairs and Public Policy group, providing his operational knowledge and expertise on various current and future public policy issues related to
nuclear operations and the value of nuclear energy. Previously, Hanley was Senior Vice President, West Operations. He was responsible for Exelon Generation’s Dresden and Quad Cities stations and had executive oversight for the Fort Calhoun Nuclear Station, which Exelon operates but is owned by the Omaha Public Power District. Previously, he held the positions of Site Vice President at Quad Cities and Site Vice President and Plant Manager at Dresden. He also served as the director of engineering at Dresden and director of Midwest operations in Warrenville, Illinois. His career has mainly been spent in roles of increasing responsibility at Quad Cities. Hanley holds a master of business administration from St. Ambrose University in Davenport, Iowa and a bachelor’s degree in nuclear engineering from Purdue University. He obtained his senior reactor operator license at Quad Cities.